I must admit that I’ve always confused “Congee Noodle House” located on Broadway with “Congee Noodle King” located on Kingsway. And while it’s true that they serve the same type of food and they’re both quite busy, they’re not exactly the same.

I was in a rush so I ordered some items to go but I found that Congee Noodle House was very slow. As it turns out, they forgot my order and didn’t realize it until one of the waitresses wondered why I was still there.

The Wonton in Chef Special Spicy Sauce was indeed very saucy… too much so for my liking. If anything, it was more of a sweet sauce rather than spicy but the wontons were okay. 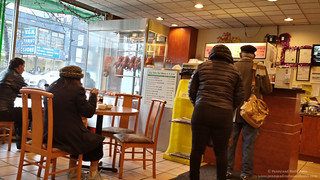 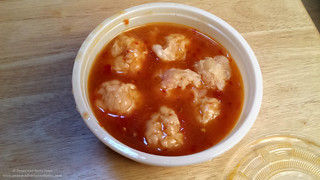 That’s more than I can say for the congee which were both very bland. Yes, I know congee is supposed to be bland but that’s usually just the plain version. I ordered the Hong Kong Minced Beef and the Sliced Chicken and Chinese Mushroom. The beef wasn’t minced and there were only 2 pieces of chinese mushrooms and both had no flavour whatsoever.

To top it off, they forgot my order of Chinese Donut which is probably the best part of ordering congee. Unfortunately, I didn’t notice until I got home.

The House Special Chow Mein had a good amount of noodles and wasn’t too bad but I wish that it had crispy noodles to offset all of the sauce. 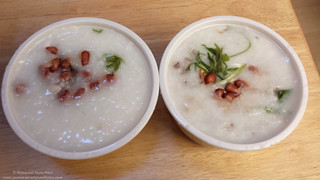 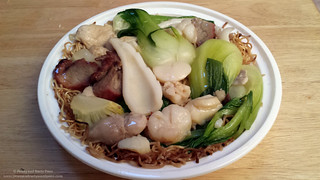 Overall, the service here is quite poor, even for a Chinese restaurant and the food’s just meh.