We’ve been to the Banana Leaf restaurant located on West Broadway a number of times in the past and keep returning because the food’s pretty good and the drinks aren’t that bad either.

During the holidays, we tried their Winter Prix Fixe Set Menu which comprised 10 dishes for $33. I like how they have a bunch of set menus as it allows us to try a bunch of different dishes at the same time. Before anything began, however, we ordered the Virgin Lychee Mojito ($5) and Singapore Sling ($6). Not sure what it is, but there’s something about a bendy straw that makes the drink even more enjoyable.

The first dish to come out was the Panko Thai Fish Cakes with pickled red cabbage. We actually liked the dipping sauce so much that we kept it to use with some of the later dishes. 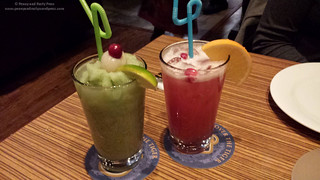 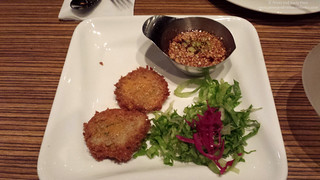 The Steamed Mussels were served in a creamy broth made with cumin, tomatoes, and onion. The mussels were a mix of big and small sizes but all ten were plump and juicy.

Next up was the Roti Canai which, unfortunately, was not served hot. Usually, their roti is pretty spot on but because the bread was allowed to cool down, it was stiffer and not as enjoyable as it usually it. On the same plate, they served the Chicken Satay with peanut sauce, which was moist and enjoyable. 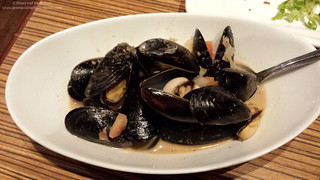 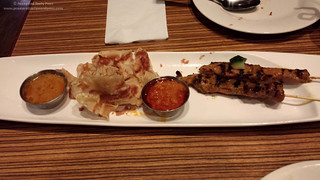 The Peppercorn Oysters (3 pieces) were served seasoned and crispy alongside a slaw of julienned veggies.

The first of the four entrées was the Sambal Green Beans with Calamari. I really enjoyed the textures of the tender squid and the crunchiness of the green beans. 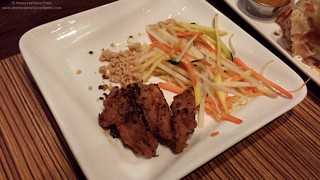 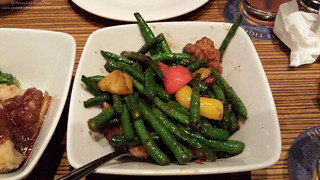 By this time, we were starting to get full. Fortunately, I think the dishes in this set menu are smaller than their regular menu size. The Caramelized Ginger Black Cod is (strangely) served with broccoli. I actually like broccoli but I felt it was a strange pairing. The black cod itself (also known as sablefish) was well prepared and not overcooked.

Next up was the Gulai Scallops, Prawns, & Clams simmered with eggplant, okra, pineapple and some other seafood (mussel, prawn, fish). 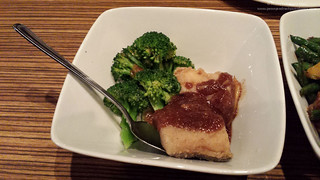 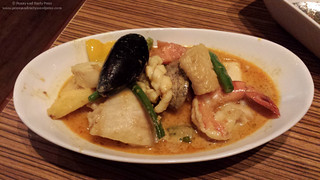 If we weren’t already stuffed, the Cranberry Pumpkin Beef Curry really pushed us over the top. The mix of pumpkin and taro makes this a really hearty winter dish but the cranberries lends some tartness to lighten it up. 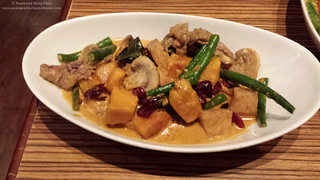 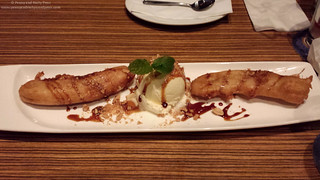 If you’re able to come here when they’re not super busy, the dishes are generally better. Still, this was a very satisfying meal.