During our winter vacation, we decided to do something that we haven’t done since we were wee little kids… have a lunch date down in Gastown. We generally don’t come down here that often because it seems like such a touristy spot.

However, we were in the mood for oysters and thought Rodney’s would be a good choice (see our last visit here).

It’s not that busy here during lunch time. The interior is split into 2 floors (like their Yaletown location) and they have tongue-in-cheek decorations on the wall. 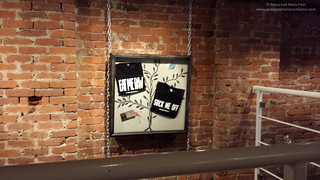 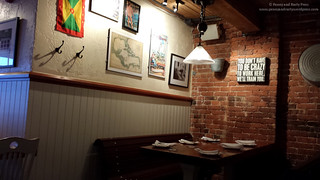 We started out with the Manhatten Chowder ($7.50) which was quite think and chunky. If you’re more in the mood for oysters, their slapjack chowder is pretty darn good too. 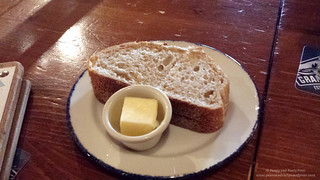 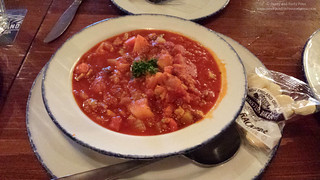 For our raw oysters, we picked an assortment of West Coast and East Coast oysters: Sawmill Bay ($2.85) which are from Read Island, BC and are on the smaller size, Okeover Inlet ($2.75) from the Sunshine Coast of BC which I particularly enjoyed for the firmer texture, and the Village Bay ($3.50) from New Brunswick which had a smoother shell and light flavour.

As for the accompaniments, it’s served with lemon wedges and freshly grated horseradish. Rodney’s also has a large selection of sauces that you can add to enhance the flavour of the oysters (my favourite is the shallot mignonette). 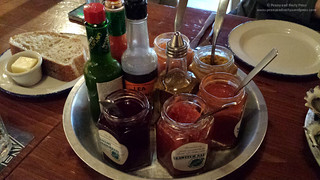 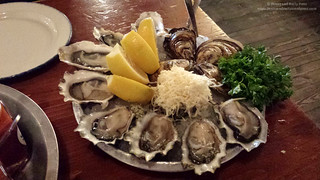 We also wanted to try their Pan-Fried Oysters ($11.95) and weren’t disappointed with how they turned out… nice thin and crispy coating with plump and juicy meat. 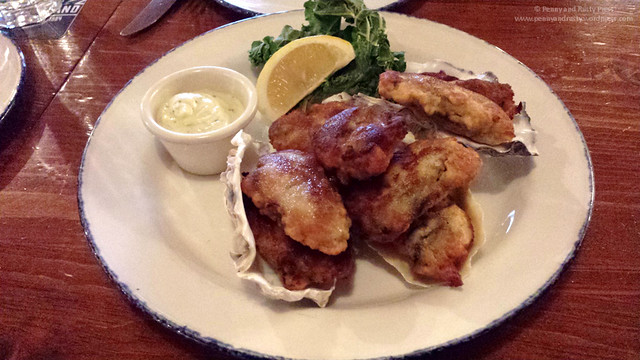 If you’re looking for oysters, it’s difficult to go wrong with Rodney’s.