In truth, the name “Abigail’s Party” doesn’t sound like a restaurant but it does seem fitting for this tiny little eatery.

Abigail’s is located sandwiched between Chewies and Cafe Zen on Yew and has a small bar/lounge feel to it. Due to the way the street slopes and the patio located right outside their window, it almost feels like you’re in some underground speakeasy.

I dropped by for brunch on a Saturday morning and it wasn’t too busy. In the background, they were playing reggae music (Peter Tosh, Ziggy Marley, etc…) but it’s a bit loud given the size of the place. 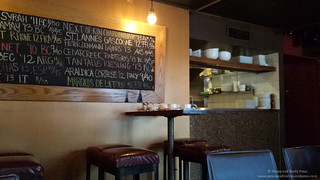 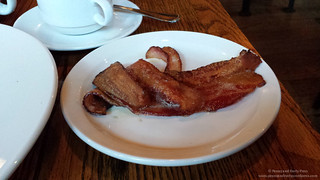 The Bison Short Rib Hash ($14.95) had 2 perfectly poached eggs served on top of tender bison short ribs, wilted arugula, and Kennebec potatoes. The runny yolks coated the potatoes nicely and the caramelized onions added some sweetness to each bite. I probably would have preferred if the potatoes had a slight crispness to the exterior but they were still pretty good.

I added a side of Double-Smoked Crispy Bacon ($3.25) to my meal and the description did not disappoint… the bacon had a nice crispness to it. Unfortunately, 1 of the 3 slices of bacon was burnt, which was pretty much the only bad thing that I had to say about my meal. 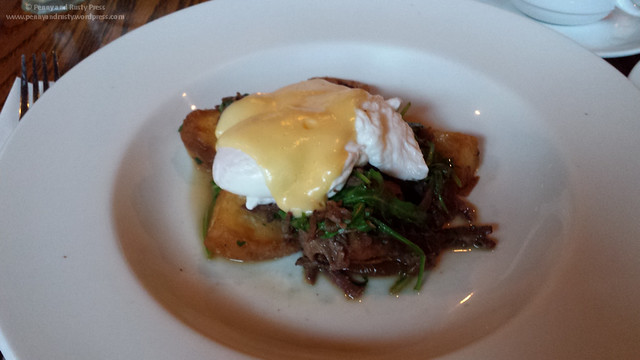 Service was pretty good during my visit, but it wasn’t very busy. I imagine that it probably gets much busier later in the day.