← Ikea Restaurant (Coquitlam)
Sushi Yen – Have you got a yen for sushi? →

Bambudda is an Asian-fusion restaurant located at the corner of Powell and Columbia in historic Gastown. Apparently, they are on to their third head chef with former Top Chef Canada competitor, Curtis Luk, taking over.

The Almonade, a drink made with ginger ale, orgeat syrup, lime, and soda was actually quite good and the almond syrup wasn’t overpowering. Similarly, the squid bites were also very well prepared, albeit with fairly small pieces. 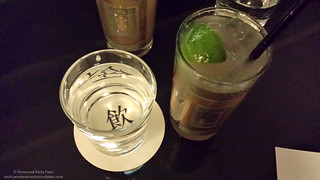 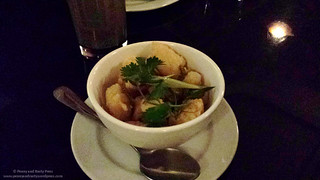 The Crispy Chicken Skins – you’re either going to love them or hate them. If you’re expecting crunchy chicken skins that’s been pulled off perfectly fried chicken (ie. like from LA Chicken or Church’s Chicken), you’re in for a disappointment. These reminded me more like pork rinds in texture… very airy.

The Albacore Tuna Tataki served with salted plum purée was actually not too bad. However, I feel like the presentation was a bit of an afterthought and could have been showcased better. As you can see, the tuna tataki is no where to be seen… that’s because the tuna and the plum purée is on the very bottom of the dish and you have to push the greens out of the way to get to them. 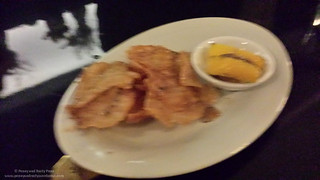 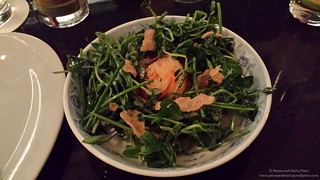 The Salt Spring Island Mussels with scallops had an interesting, albeit unconventional, Chinese black bean and XO sauce. Although I feel like I couldn’t really taste the black bean or XO sauce.

The Crispy Daikon Radish Cake is their take on the classic Lo Bak Gou dim sum dish. However, they serve it with enoki mushroom floss and Singapore curry spices. The lo bak was okay but I found the mushroom floss texture to be very distracting. You expect it to be a bit crispy based on the visuals but it turned out to be more chewy instead. 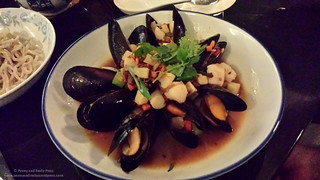 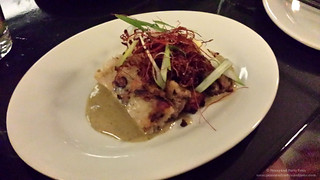 I had high hopes for the Lacquered Braised Pork Belly because I’m a big fan of pork belly (or salmon belly for that matter). Bambudda’s version is served with crisp burdock and Shanghai cabbage. It’s not a bad sized dish but I found that their pork belly to be quite lean and a bit dry. That’s not to say that it was bad per se, however, I prefer my pork belly to have more texture to it. 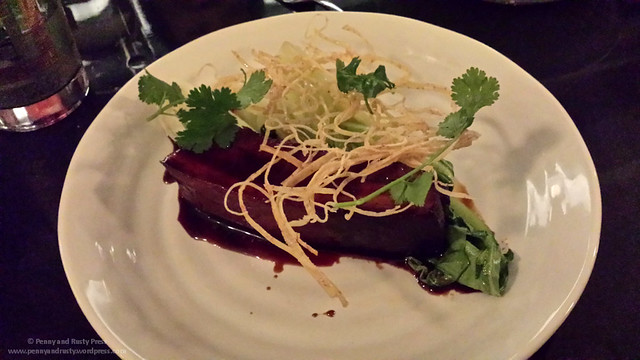 For their Dine Out menu, you had the option of adding rice or ramen to your meal, They serve the ramen “family-style” (which basically means they just don’t use individual plates). The ramen was one of the more disappointing dishes of the evening being both dry and a little too chewy.

For dessert, we tried the Coconut Lime Pudding with fresh tropical fruits and Thai basil (well, a couple of small Thai basil leaves to be exact). The texture is more like a soft creamy/froth rather than pudding. While I didn’t mind the combination of mango, pineapple, and jack fruit, I found that dicing them up reminded me of canned fruit cocktail. 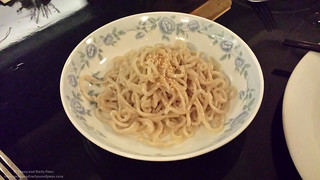 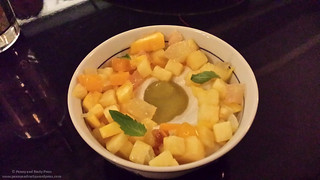 Price point for Dine Out ($38) is a bit high given the portion size here but the food was better than what I was expecting based on some past reviews.

← Ikea Restaurant (Coquitlam)
Sushi Yen – Have you got a yen for sushi? →