Sushi Yen – Have you got a yen for sushi?

I’ve mentioned it before, but there are tons of tiny little sushi joints all over the Lower Mainland. Sushi Yen on Sixth St in New West is one such tiny place.

Now, I haven’t actually tried their sushi yet because some of their other items looked more interesting. 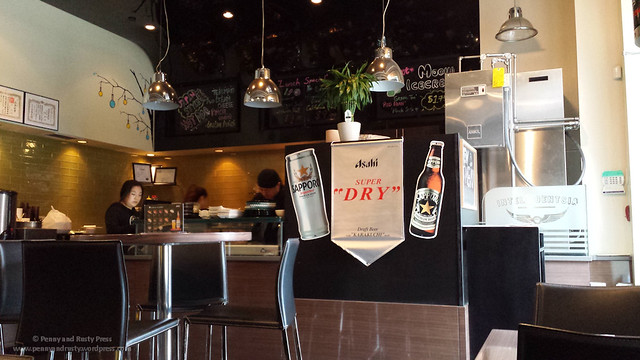 I have, however, tried their Half & Half Sashimi ($8.90) which is comprised of 3 pieces of tuna and 3 pieces of farmed salmon sashimi. The dish was pretty good with a clean finish to the fresh sashimi. All meals are served with complimentary miso soup, which is a nice touch. 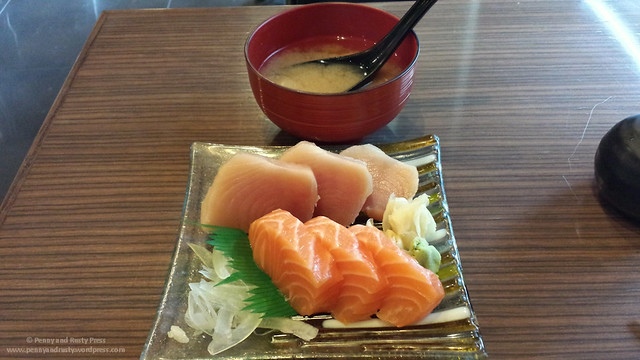 I wanted to try their Teri Mayo Hot Dog ($3.90) to see how it compared with Japadog. Sushi Yen’s version is supposedly comprised of seaweed and cabbage but I found it to be more cabbage than seaweed. The unfortunate part was that the hot dog casing was difficult to bite through. I also wasn’t sold on the bun that they used as it had a bit of a gritty texture to it. 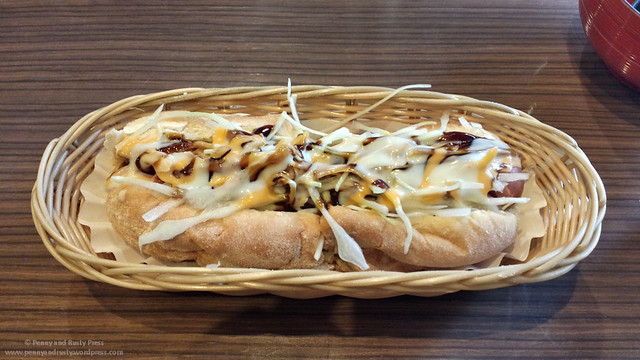 The best part of my meal was actually the Korean Fried Chicken with garlic soy ($8.90). These boneless chicken pieces had a nice crisp exterior which encased juicy pieces of chicken. It’s served with a side of crunchy pickled radish as well. I wonder if their chicken karaage is the made the same way? 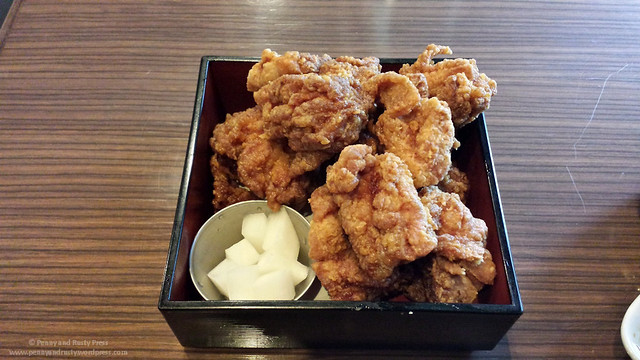 Seeing that they had Mochi Ice Cream ($1.75) available for dessert, I couldn’t resist. They didn’t have many flavours so I picked the green tea. Nothing outrageously good about it, however… makes me yearn for the mango and passion fruit mochi ice cream we had in Hawaii. 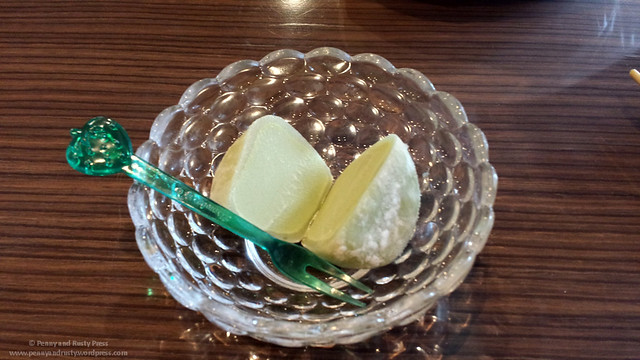 I came back the following week so I could try some of their other items. The Ebi Fry ($6.50) was very uniform in shape and resembled tiny torpedoes. The mayo dipping sauce had a slightly spicy kick to it. Between the Unagi and the Chopped Scallop nigiri ($2.25 each), I thought they were both pretty good. The unagi wasn’t a big portion but it was still warm and had good flavour. The scallop was larger and had good texture. Unfortunately, they were out of toro when I visited. 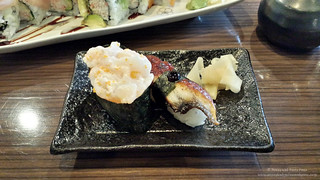 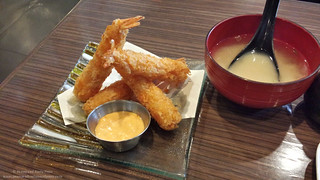 The Rainbow Roll ($7.90) had a mix of salmon, shrimp, avocado, salmon, and unagi on top of a California roll. I like how they don’t use too much rice in the roll. It’s a good option if you want a little variety in your roll as each piece is slightly different. 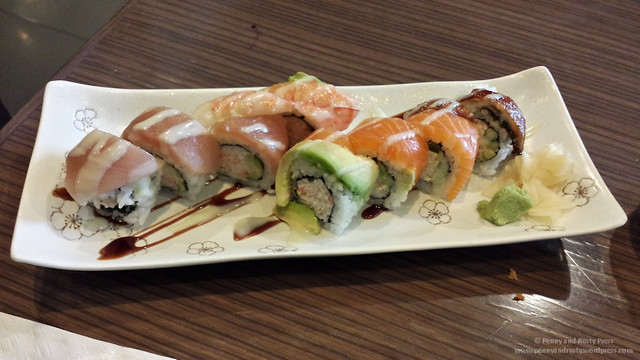 Overall, a pretty good sushi place… but I would definitely make sure to try the Korean Fried Chicken in garlic soy.