It’s been a number of months since Georgio’s Cafe closed on Rumble Street in Burnaby. For a while, I didn’t think anything would reopen in that spot. Well, recently, a new Filipino place opened up called Quik Bite (they have another location in New West).

The inside of this place has been given a new coat of paint and seems much brighter inside compared with how it looked previously. On my visit, they still didn’t have menus yet so I pretty much relied on what the owner suggested. 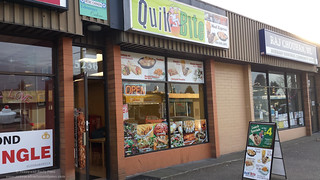 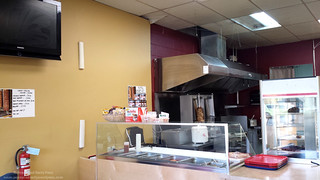 I ordered 2 items with rice for $8.95 as well as a Chicken Donair for $5.25. I know… donair doesn’t seem to go with Filipino food but I think they cater to the lunch crowd from the nearby high school. 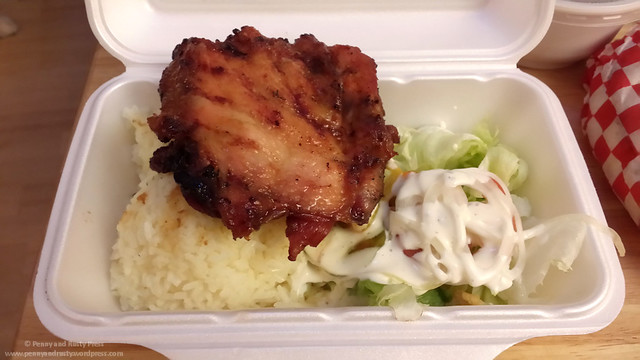 The BBQ Chicken and the Pork Adobo were pretty good with the thick pork pieces being tender (although some pieces had more fatty bits than other pieces). While the rice was a bit dry, the sauce from the adobo helped. The chicken donair was pretty good as well and it’s cheaper during lunch time. 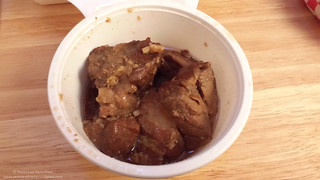 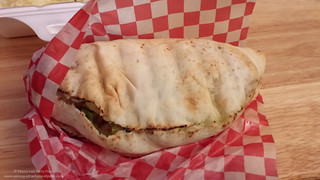 The owner was quite friendly and said that she would have more Filipino dishes available as soon as they get settled in.