Chef Corner Restaurant opened up in the former Black Dragon Sushi location on Kingsway and is kind of like a Taiwanese/HK-style cafe. 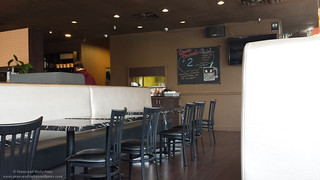 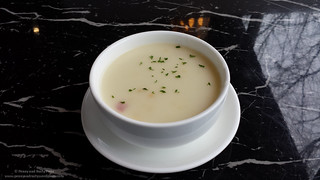 On my first visit, I ordered the Pan Fried Pork Chop and Chicken Steak on Rice ($9) which came with soup and a drink. The soup was some kind of corn and ham cream soup that arrived piping hot with corn niblets that popped when I bit into them. The soup itself was a bit bland and tasted a bit like condensed milk.

I found the chicken was tender with a nice crunch to the crust, although bits did have a slightly burnt aftertaste, perhaps from the chicken skin. The thin pork chop was okay but not as good as the chicken. Unfortunately, the rice was very hard and dry. 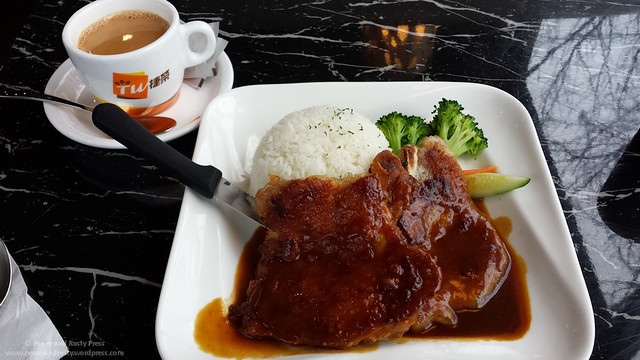 Just as I was finishing my lunch, the fire alarm starting going off (that actually happens to be quite frequently… maybe it’s just me).

I came back a couple of other times to try some of their other menu items. This time, we opted for some cold drinks (which are extra) with our meal. The Passionfruit Green Tea was an extra $4 and came served in a large beer mug. The drink itself wasn’t bad but I didn’t taste much passionfruit in the drink.

I thought the Curry Fish Balls ($6) were quite good with the fish being tender. 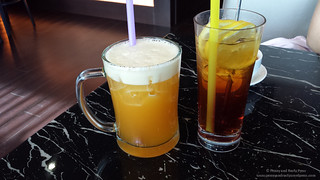 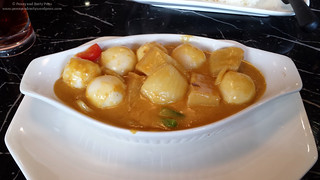 We had the Pan Fried Pork Chop and Chicken Steak again, this time with a tomato-based soup (they must rotate the daily soup). While the rice was still dry, the pork and chicken were both better this time around.

We also ordered the Spicy Minced Pork with Braised Eggplant over Yee Mein ($10). Yee mein noodles, also known as longevity noodles, have a certain soft and chewy texture which makes them both easy to eat and satisfying. This dish was pretty pleasing. 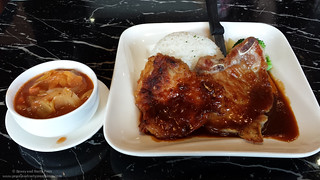 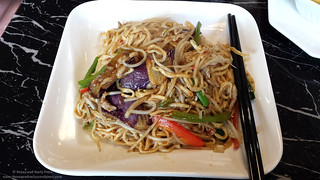 On my next visit, I ordered the Baked Seafood with Cheese on Rice ($10) with Mango Slush ($2 without pearls). Just like before, I found the drink to have a very muted flavour. I was a bit disappointed with the Baked Seafood dish because I expect it to have more than one type of seafood. It was basically just topped with some type of white fish and covered with sauce. The fish was okay, but I expected to have shrimp, squid, etc… in the dish as well. 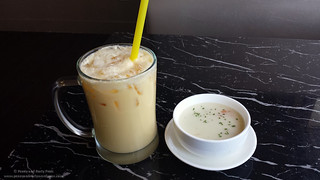 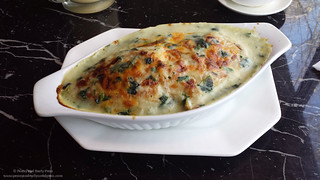 Overall, the food’s not as good as some other places (like Mui Garden or Cafe Gloucester) but some of the dishes aren’t bad either.