Vancouver has been going through another phase when ramen shops have been popping up all over town. Ramengers is a newish noodle house that opened up along Kingsway (in the same mini mall as Star Anise) about a year ago.

The inside of this small ramen joint is filled with comic posters and figurines. On my visit, I noticed that they had a message posted in the restaurant that their equipment had failed and that they were not making their own homemade noodles right now (I think it broke in mid-March). 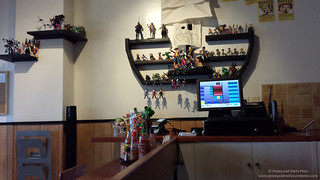 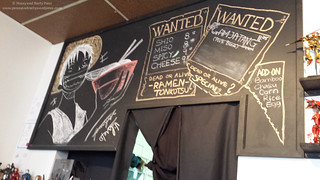 Their menu looks hand-drawn, and although it’s rather fanciful, it was a little difficult to understand at first. When you get to the bottom of the menu, you’ll see that their ramen bowls come with nori, green onions, corn, bean sprouts, bamboo, egg, black fungus, and one piece of chashu.

While their menu says that you can add additional items to your bowl, I found out that they were out of a lot of things. I ordered the Shuyu Ramen ($8.95). It wasn’t bad but I could tell the noodles weren’t the best that I’ve had before. Perhaps it wasn’t a fair representation due to their equipment malfunction.

The one piece of chashu that was in the bowl (which was torched on one side), was plenty tender. I just wish I could have added more to my bowl. 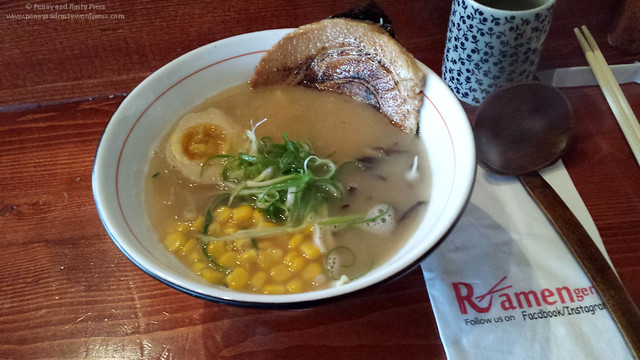 I also added an Onigiri Spicy Beef ($2.50) which was stuffed with the spicy beef mixture. 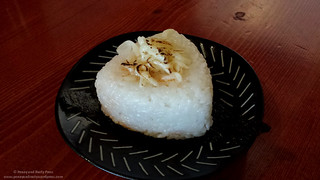 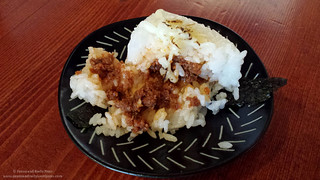 I think I’ll need to come back for a visit once their equipment is back up and running to try their homemade noodles.