We had originally planned to go out for an Alaskan King Crab dinner as March has historically been the best time to go. But prices of king crab have gone through the roof lately… no doubt because most of the crabs are now being sent out to satisfy the huge cravings of mainland China. Still, the price at Imperial Court was $28.80/lb which was on the lower range this year (only a few years ago, you could get it for $10-$15/lb during king crab season).

Anyhoo, they only had 10 lb crabs (or so they said)… I won’t get into the whole thing about how some restaurants overstate the size of their crabs. We decided to stick with a set menu for 6 people instead.

Imperial Court is located in the same mini mall as New Town Bakery (yes, we might have picked up some apple tarts before dinner). The interior decor isn’t bad.

Our set meal included an appetizer platter. I thought that the sliced mushrooms stuffed in the bean curd sheets was the best part of this dish. The other meat slices were a bit too thick and I would have liked it more if they included jellyfish with the platter. 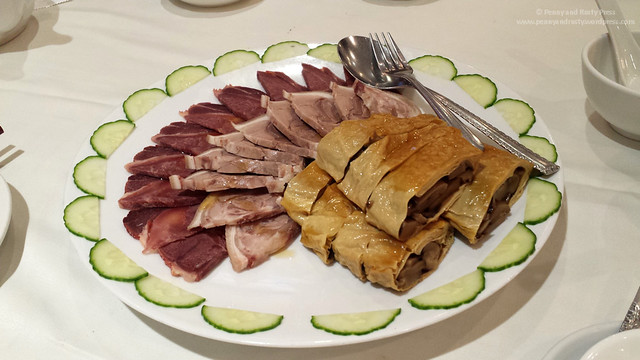 Next up was the Shark Fin and Chicken Soup. I know that there’s a lot of controversy about shark fin soup nowadays and I’ve never felt the necessity to eat it… but it was included in the set menu. In any case, this shark fin soup wasn’t that good. 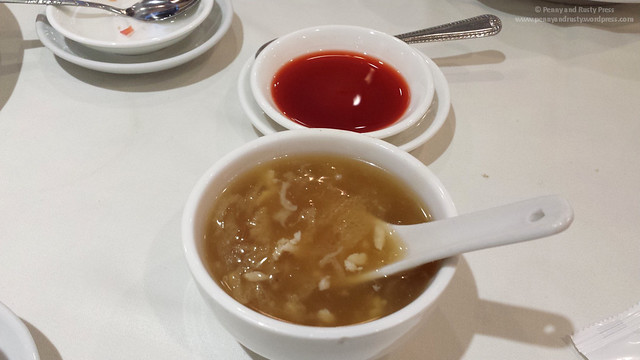 The Peking Duck was the next dish to come out. The duck was thinly sliced with very little meat attached to the skin along with some fatty bits. 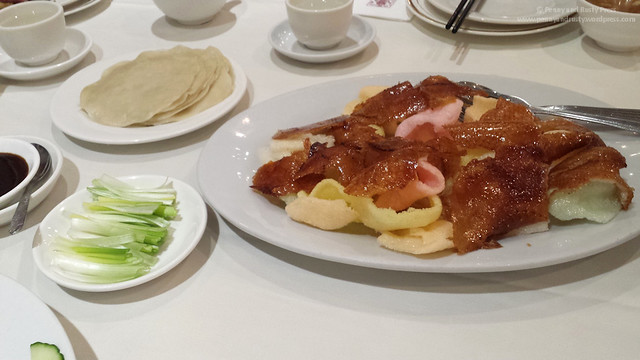 Our Lobster was served with yee mein noodles underneath. Usually, most restaurants will do a good job of breaking up the lobster pieces to make it easy to eat. Either that, or give you lobster/crab crackers to make it easy to break into the shells yourself. In our case, they did neither so it was a bit difficult to get into some of the pieces. Still, the lobster itself was pretty good and the sauce soaked up in the plentiful noodles. 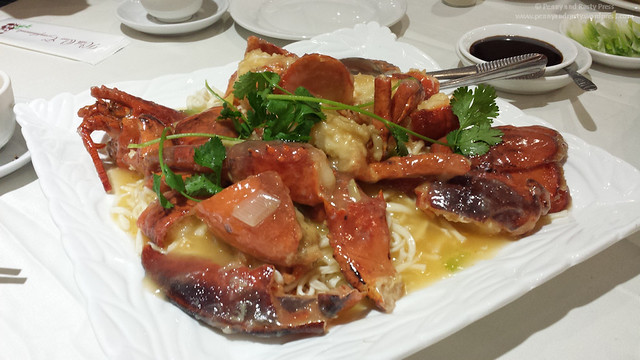 By the time the Duck Lettuce Wrap came out, we were starting to feel stuffed. For some reason, even though there was plenty of duck meat, I felt like it lacked that characteristic duck taste… in fact, it tasted a bit bland.

I thought that the Pea Tips with dried crab and shredded scallops was a huge bowl. 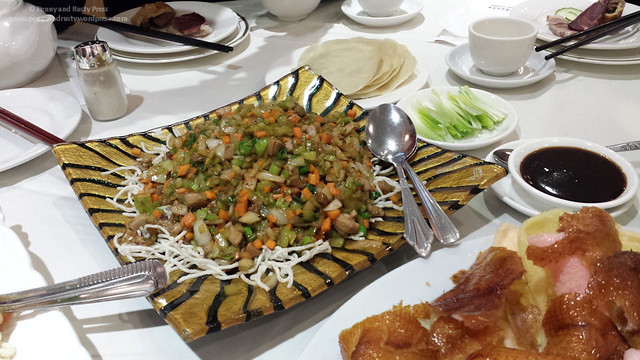 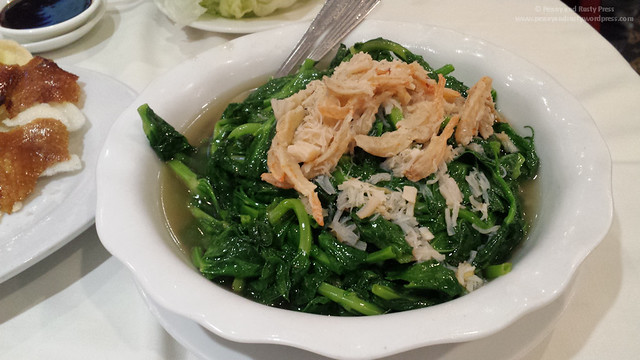 The best part of our meal, in my opinion, was the large wooden bucket of meaty Beef Ribs. The meat was fall-off-the-bone tender (which is a good thing since we were using chopsticks). 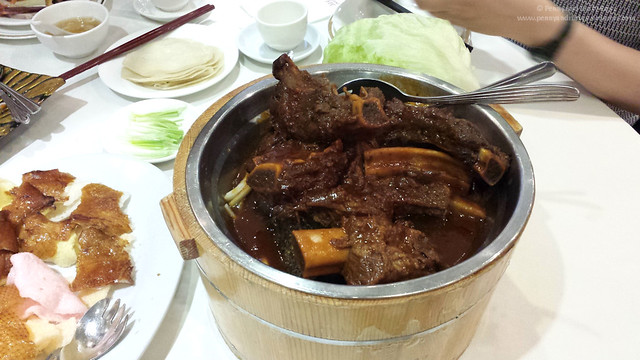 Lastly, our Steamed Fish dish came out. In all other Chinese restaurants that I’ve been to, they debone the fish for you at the table. However, at Imperial Court, the fish came out cut in a strange way but with the bones still intact. We wound up having to debone the fish ourselves. 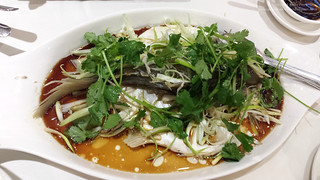 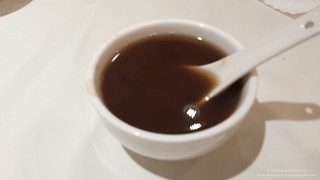 The price for our set menu was pretty reasonable (~$200) but the quality of most of the dishes weren’t the best… neither was the service.