Tableau Bar Bistro is located on Melville Street in the boutique Loden Hotel. I was looking for a place to go to for our anniversary and felt that nothing impresses more than a French bistro.

We started out our night with some drinks… the Silk Road Elixir ($6) with ginger, honey, green tea, and lemon as well as the Autumn On My Mind ($11) vodka, apple and pear purée, vermouth, maple shrub, and ginger beer. Our server had a French accent and it made it slightly difficult to understand her but she was friendly enough and brought us out some complimentary French bread and butter. 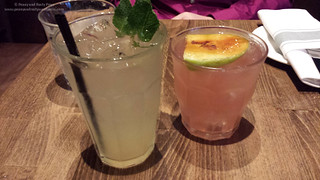 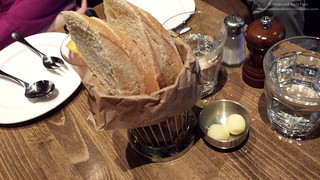 When we saw the seafood platter on the menu, we knew that we wanted to try it. The Tableau Plateau ($65) is a good size for 2 people. 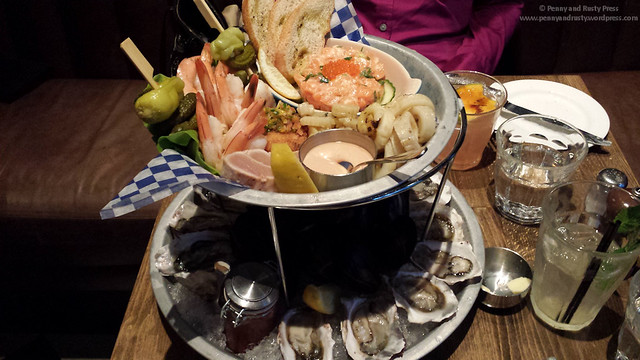 The top tier had salmon tartar with crostinis (our server brought us out some more French bread since there was so much salmon tartar), large plump shrimp, tender squid, seared tuna, a delicate fish cake, and a skewer of pickles and pepperoncini.

The bottom tier had 12 fresh and plump oysters as well as a ton of fresh mussels. I was actually surprised at how many oysters they included in this platter. 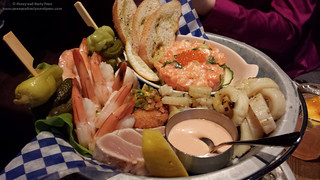 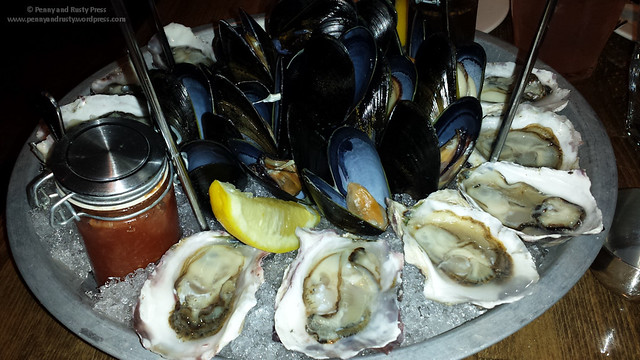 We also decided to share the Buttermilk Fried Cornish Game Hen ($22) served with smooth mashed potatoes, gravy and an insanely tasty biscuit. I know.. I know… how can a biscuit taste so good? The biscuit had the perfect crusty exterior while still being buttery soft on the inside. And I haven’t even mentioned how good the Cornish game hen was.. crispy skin and tender meat that paired perfectly with the gravy. 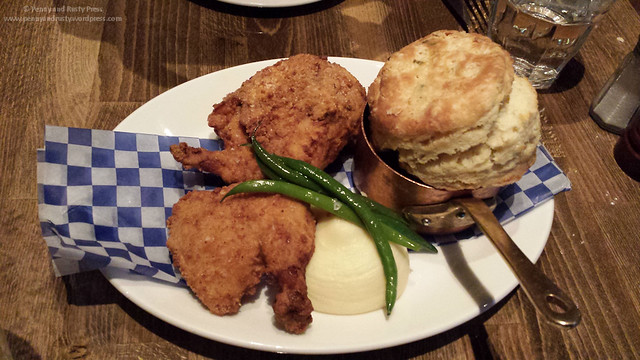 Last up was the Crème Brûlée ($8) with peach sorbet served on top of a milk butter cookie precariously perched above the honey flavored custard. 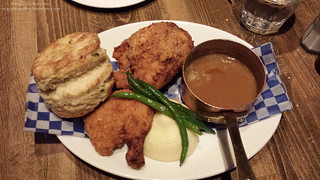 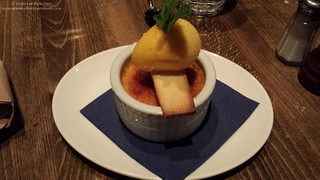 Honestly, I can’t think of anything wrong with any of the dishes here… super impressed.