The interior is virtually the same as before and fairly clean and spacious. Instead of the usual banchan that’s served at traditional Korean restaurants, they brought me out a side dish of yellow radish and raw onions with dipping sauce for my noodles. I understand that this is a unique thing that they only do at Chinese-Korean restaurants. I kind of felt bad for my co-workers who were going to have to smell my raw onion breath later. 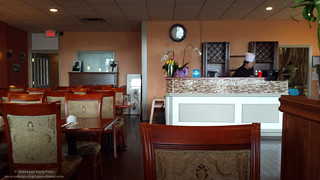 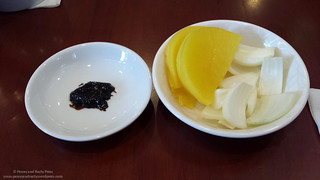 As with many Korean restaurants, the prices are a bit expensive… but I find that the portion sizes are more meant for sharing (unless you’re really hungry). The Japchae ($15.99) was pretty good. The stir-fried glass noodles had the characteristic chewy, slippery, toothsome quality that pleases me. 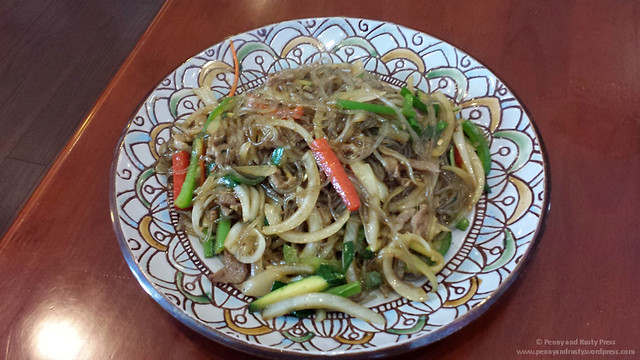 Khan Pung Gi ($17.99) or deep-fried chicken in hot pepper sauce is a typical Chinese-Korean fusion dish. The boneless pieces of chicken had a nice crispy exterior from the breading and the meat on the inside was moist and juicy. Despite the hot peppers, the heat level of this dish isn’t extreme. It’s actually more a combination of sweet, sour, and spicy flavours. 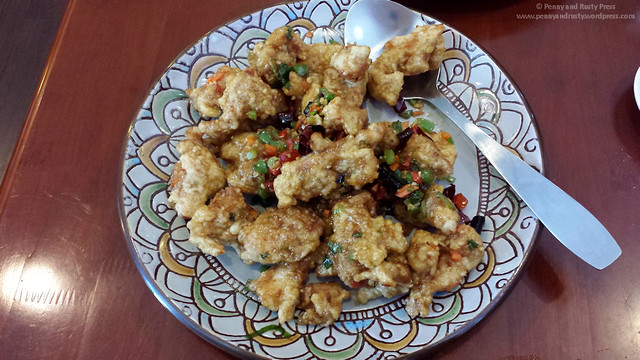 I decided to come back the following week to try some of their other dishes. I started with the Fried Dumplings ($5.99) which had a nice, crunchy shell that was not too thick. The filling was a bit dry since there was no dipping sauce but I wound up using the sauce in my noodle dish. 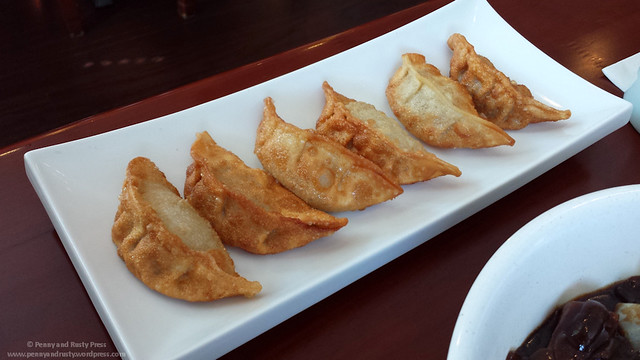 The Ja Jang Myeon ($6.99) is advertised as Pork and Veggies with Black Bean Sauce on Noodles. Specifically, there were potatoes, peas, and a lot of onions in this dish. I found the black bean sauce was not very strong (not like typical Chinese black bean sauce). The noodles were just okay. 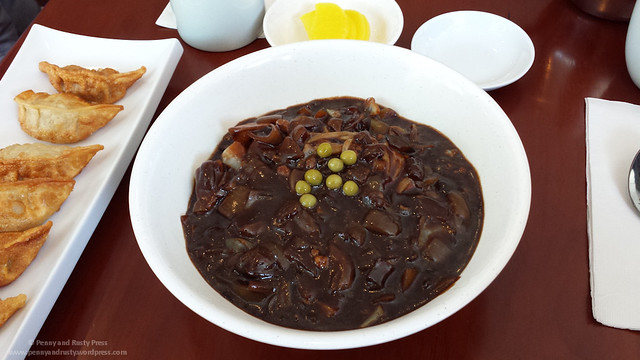 Overall, better than the previous Korean restaurant that used to be here and the service was friendly.