Bino’s Restaurant is a holdover from the 70’s. I recall there being a few Bino’s around town but I think most of the other locations have closed out by now.

I drive by the Bino’s on Kingsway near Joyce quite frequently but have never had the urge to visit… mainly because it’s not much to look at from the outside. Well, let me assure you that the inside isn’t much better. The purple interior is quite dated and, although it felt spacious inside, it also felt run down. 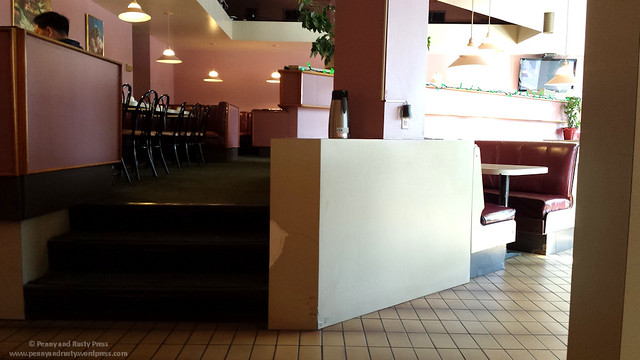 I’m used to eating in dives so I didn’t walk out as soon as I opened the door. Instead, I ordered the Bacon and Eggs special ($5.50) which included 3 strips of crisp yet extremely thin bacon, eggs with nice runny yolks, toast and shredded hashbrowns. I swear, we had plates just like this back in the 70’s! Really nothing special about the food… the jam was pretty sad.

Don’t bother asking what kind of teas they have… they only have red rose. 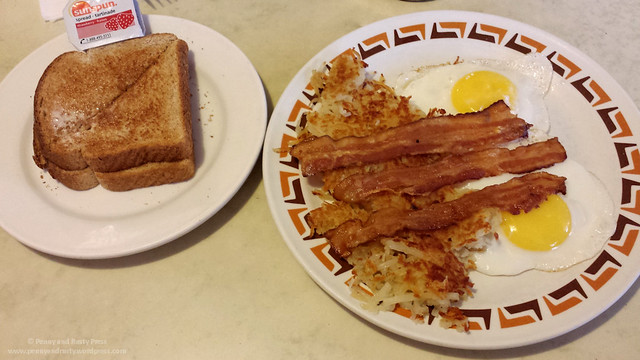 I’m not sure how this place stays in business (aside from having a number of regular customers). The prices aren’t bad but the food and atmosphere leaves a lot to be desired.