Scandilicious used to be located on Commercial Drive before they moved to their current location at the foot of Victoria Drive near Powell. The neighbourhood is filled with a mix of light industrial buildings but has a feeling similar to The Drive, just a bit quieter.

Since I had arrived pretty early in the morning, I had the entire counter to myself so I could enjoy my Hot Chocolate while waiting for my meal to arrive. The Hot Chocolate was good and was topped off with thick whipped cream. 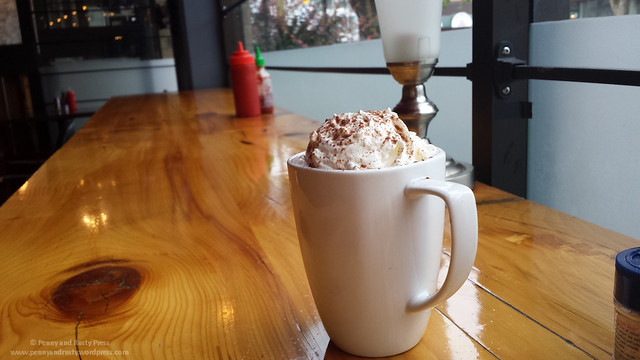 For my breakfast, I ordered the Two Eggs with Kumle and Back Bacon ($9). If you decide to come here, definitely try the kumle… it’s a dense Norweigian potato dumpling stuffed in the middle with piece of fatty pork and then sliced up and pan fried. If you like potato pancakes, you’ll like this, but it’s a bit denser. My eggs were perfectly fried up with runny yolks. 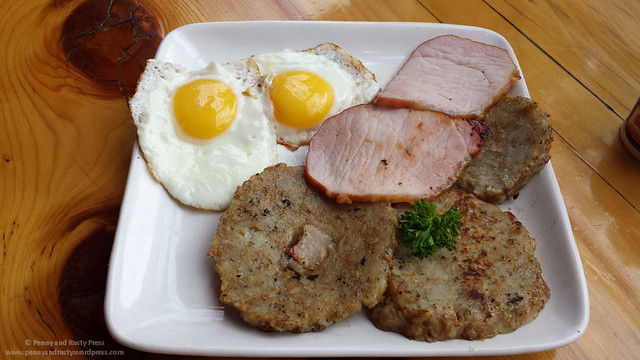 While the kumle was quite filling, I originally came here because I heard that they had some pretty good waffles. I decided to try the liege version of their Soul Mates… Peanut Butter, Nutella, Chocolate and Whipped Cream ($8.00). The waffle was served warm and the toppings were a bit on the “wet” side. Still, the waffle retained a slight crisp to the exterior. Although the peanut butter wound up sticking to the roof of my mouth, I did enjoy this. 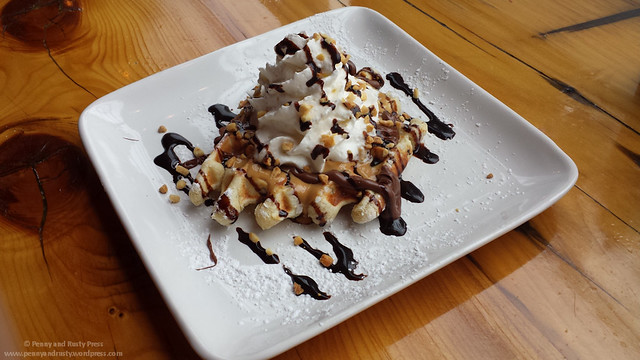 Great place for kumle and waffles.