The Keg recently opened up a new location last year in the Shangri-La Hotel on Alberni. This 2nd floor location is rather interesting as the restaurant and lounge are split into two sides with separate patios (the lounge patio has a view of Alberni and the restaurant has a view of West Georgia). 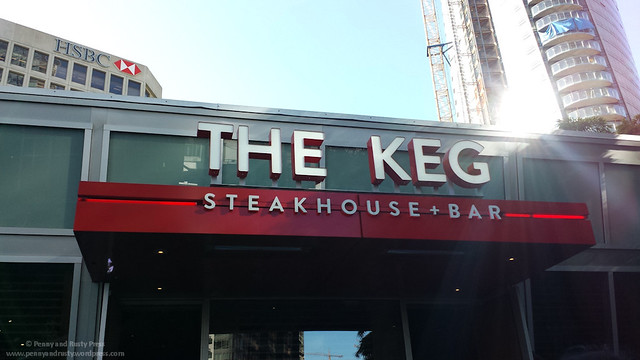 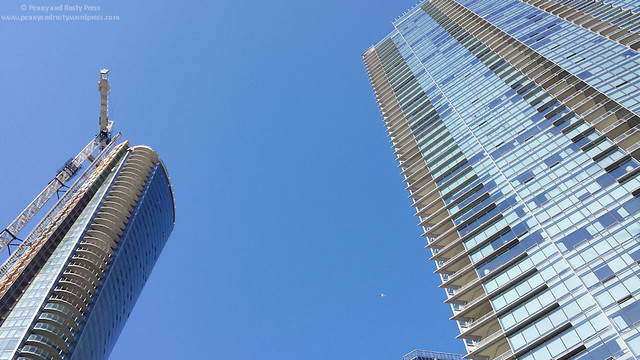 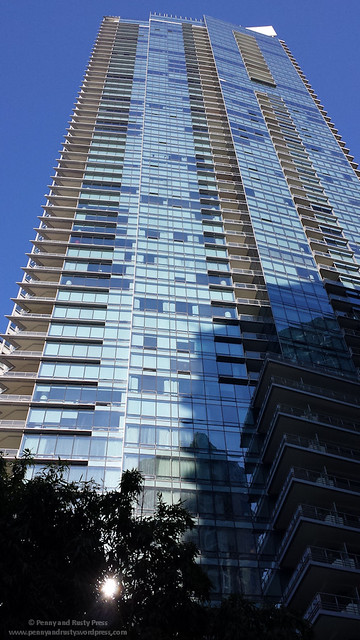 We were situated in the lounge patio where it was easy to feel dwarfed by the height of the surrounding Shangri-La as well as the new Vancouver’s Turn (Trump Tower) that’s being constructed.

While the view from the patio is very pleasing, I found that the service was rather slow.

One of the my vices when dining at The Keg is their rib steak… we’re talking about a hearty 20oz bone-in rib steak cooked medium-rare, Chicago-style.

For $39, you also get sautéed field mushrooms and veggies as well as your choice of a side – I picked the twice-baked potato.

I’ve had the twice-baked potato before at other locations, but I found the one on this day to be super creamy on the inside with a nice, crispy shell. 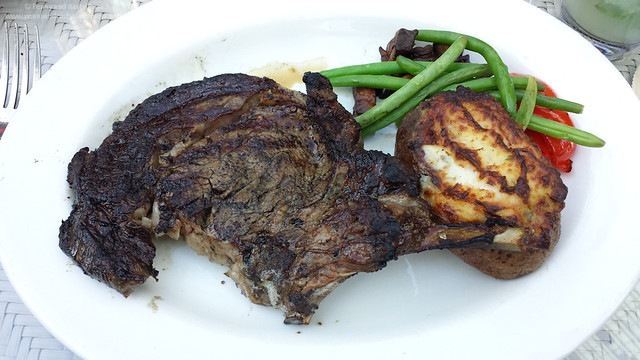 Now normally, I would cave for my other vice at The Keg… the Billy Miner pie. But I was so full from my steak that I thought the Sweet Minis ($3 each) would be a better choice. It comes with a fudge brownie served warm with vanilla ice cream, caramel, hot fudge, and whipped cream, as well as mango brulée and a butter tart. 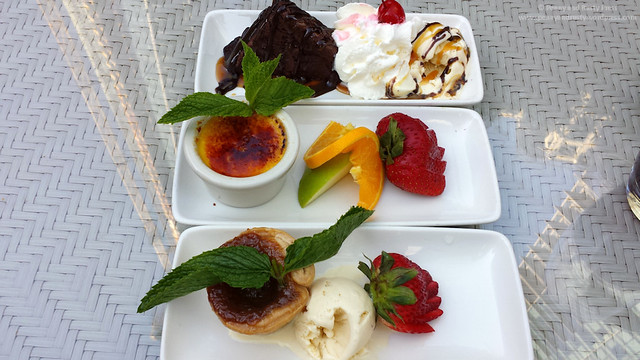 The sweet minis were okay… but I probably should have stuck to the Billy Miner.