What could be more Vancouver than enjoying ice cream on a hot summer day? It seems like there’s all sorts of ice cream places popping up over town lately. Soft Peaks is one of the many popular spots located in Gastown.

After a long seminar downtown, I stopped by to try out their organic milk (Avalon Dairy) soft serve ice cream. 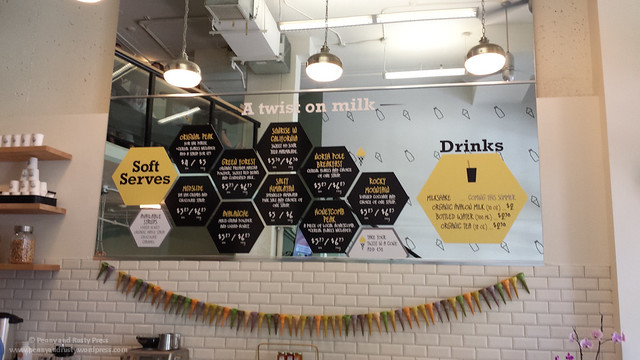 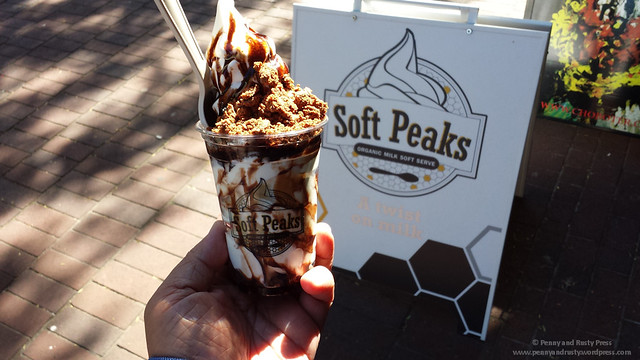 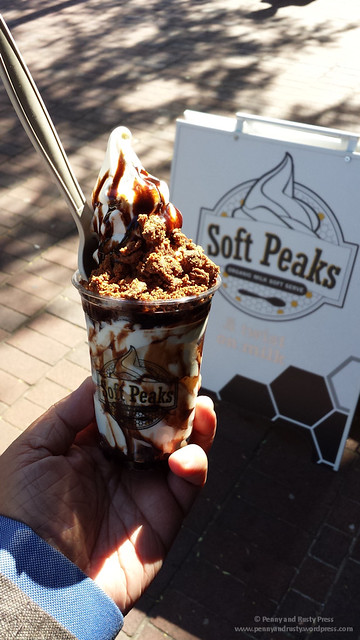 Instead, I had to console myself with the Mudslide ($6.25 for a regular size). Truth be told, the small size probably would have been fine but, for an extra dollar, what the heck.

With the Mudslide, they include their signature twist topped with Tim Tam flakes and chocolate syrup. If you’ve never had Tim Tams before, you’re in for a treat… they’re like chocolate malted biscuits from Australia (you can find them in London Drugs).

A bit on the expensive side (I suppose that’s what you get when everything is organic) but I would definitely want to try their yuzu marmalade.