Fraser Court Seafood is a large (I’m talking about 500 seating capacity) Chinese restaurant located on the 2nd floor of a building on Fraser Street.

Despite the size, the place seems to be quite busy with dim sum lineups being a frequent occurrence. If you have a large dinner party, you’re in luck because they have some really massive tables and the seating isn’t overly cramped like some restaurants.

We visited for dim sum back in June (they don’t do push cart here) and we started out with the Chinese Donut Rice Roll ($4.25), which included a crisp Chinese donut encased in a smooth rice noodle wrapper and topped with pork floss. It was okay, but I felt that it was missing something that I couldn’t put my finger on. 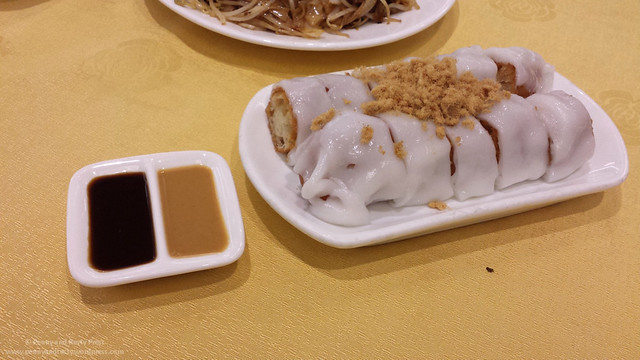 Stir-Fried Flat Rice Noodle ($9.80) is a common non-dumpling dish that you’d find in many Cantonese dim sum restaurants. Although they used a thin-width rice noodle, I thought that the dish was pretty good. It could have used some more green onions but it was a fairly good sized portion. 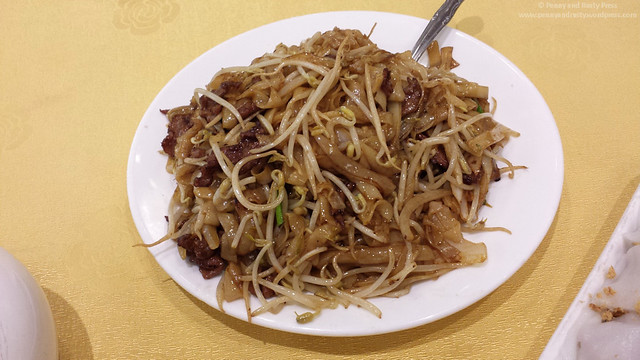 On the other side of the spectrum, the Deep Fried Taro Dumplings ($3.95) were on the small size. Fortunately, they were fried up perfectly. 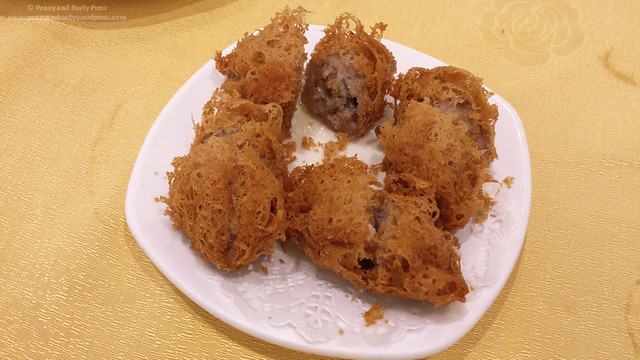 Generally speaking, you shouldn’t bother ordering XLB from a Cantonese restaurant… the Steamed Shanghai Juicy Buns ($3.95) weren’t very juicy. And despite having a fairly thick skin, half of the dumplings broke and spilled what little of the soup they did have. 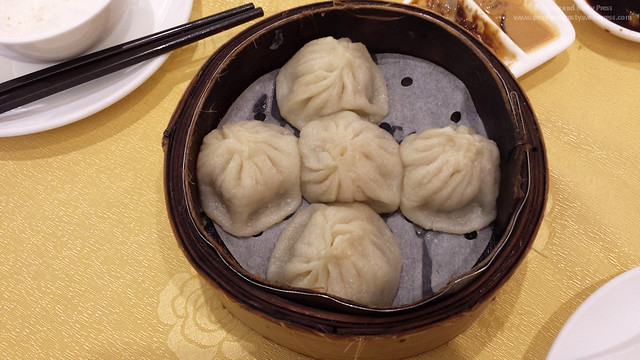 I though the Har Gow ($4.95) was one of the better dishes we tried on this visit. The filling was mainly minced shrimp meat but it was prepared well. 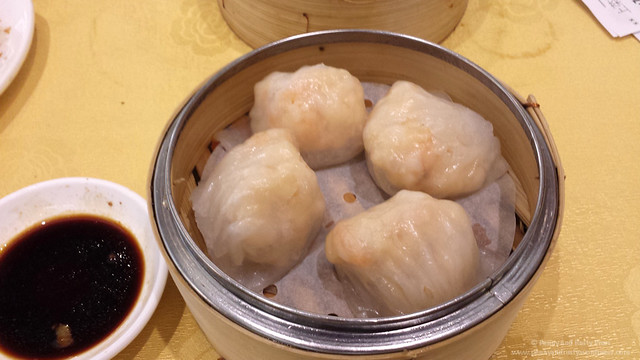 There’s really not much to Steamed Chicken Feet ($3.95) other than skin and cartilage but there are people who just swear by it. Personally, I can take it or leave it. 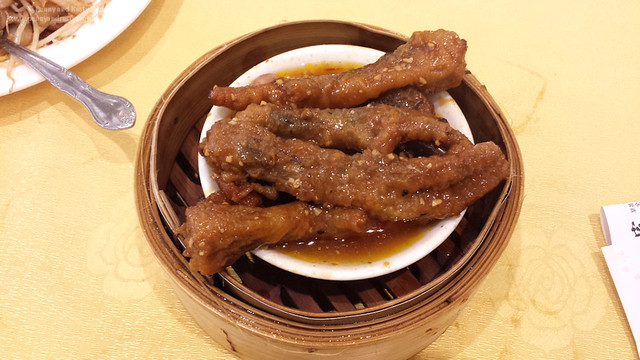 We ended our meal with the Stuffed Eggplant with Shrimp Paste ($4.50) which was quite good with tender eggplant. 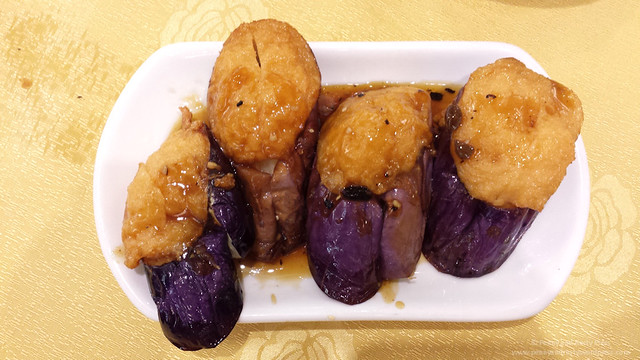 Overall, the food was not bad and the price point is fairly good. The interior is starting to look its age with tablecloths that have seen better days and I found some of the dishes were dirty.