Kojima Sushi is located on busy 6th Street in New Westminster, next to Hon’s Wun-Tun House.

I’ve been here for lunch during the weekday and found that they’re not too busy. Most of the tables are partitioned into little alcoves for more privacy but it also cuts down on the amount of natural light that comes in from the window.

I started out my first visit with an order of Goma-Ae ($3.55) or spinach salad with sesame sauce. Their rendition was pretty good and I liked the sauce that coated the spinach. 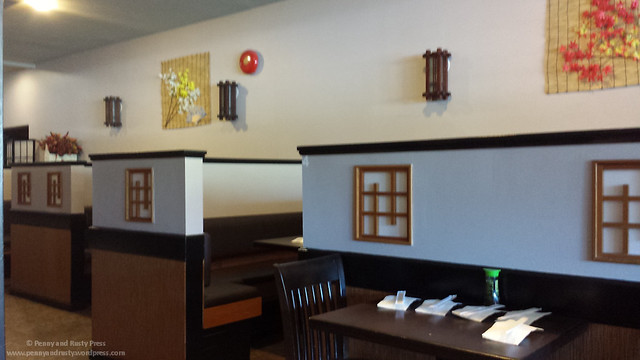 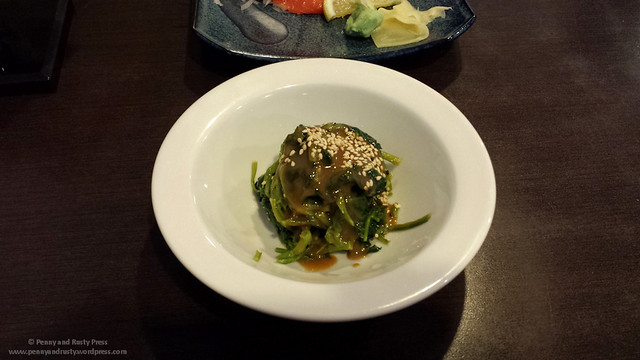 Next up, the Negitoro Cone ($3.95). The thing that I really liked about this cone was that the tuna was throughout the entire cone and not just on the top. Some restaurants just put the tuna on the top and then you’re left with a cone full of rice. The only thing that could have made it better would have been if there were a bit more chopped green onions.

I loved the Chicken Karaage ($4.75). The chicken was boneless and there was plenty of small pieces of crispy, lightly-battered, juicy, dark meat. 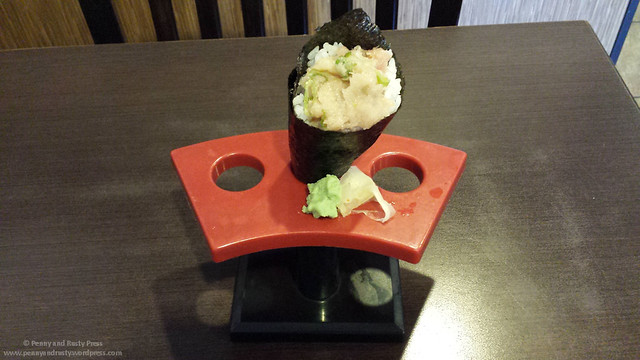 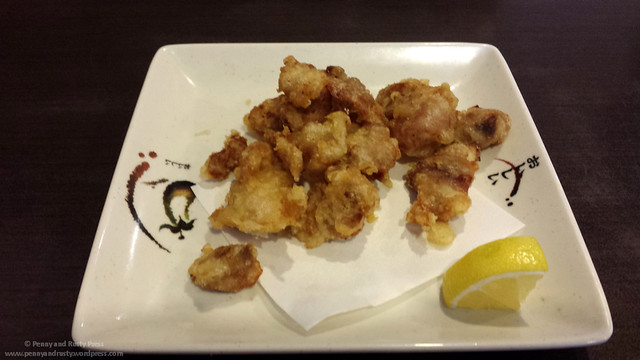 As for the Wild Salmon Sashimi ($6.95), it had a good consistency with nice color and served at the appropriate temperature. 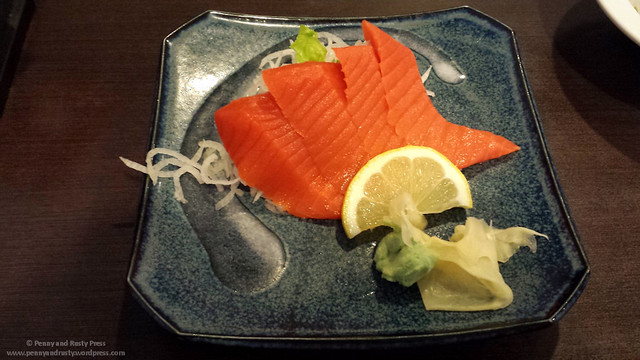 On my second visit, I decided to actually try some of their sushi. I found that the BC Roll ($3.25) contained perfectly crispy salmon skin inside the roll. The Unagi nigiri ($2.05) was tasty but it fell apart when I picked it up. The Chopped Scallop ($1.75) held up a bit better and was filled with creamy, tender scallop pieces. Rounding out the sushi, the Toro nigiri ($1.75) has a nice fatty sheen to the tuna belly. 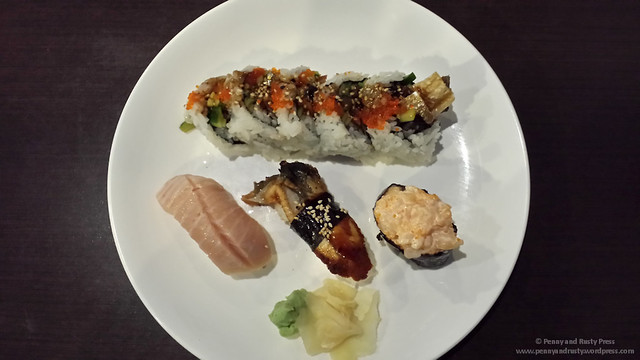 I rounded out my meal with the Oyako Don ($7.50) – I’ve always been a fan of the chicken-and-egg donburi. Fortunately, Kojima makes a pretty good variation with carrots, onions, mushrooms, glass noodles, egg, and chicken. If anything, the chicken may have been a bit dry but everything else was legit. 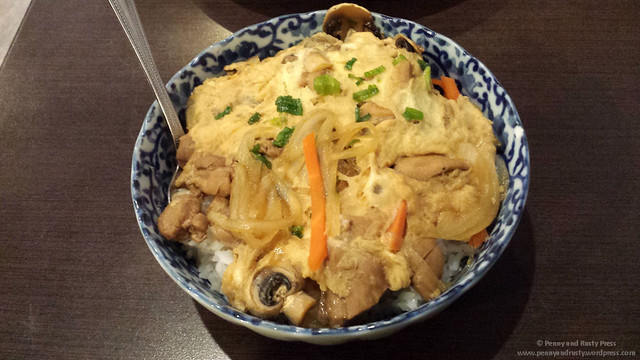