With the word “Tasty” front and centre in their name, you’ve got to expect that the food better be up to snuff. Tasty Indian Bistro has been around since 2011, located on busy 120th Street that straddles North Delta and Surrey.

Inside, the restaurant seems fairly large with separate sections. Everything is a bit dark, but the decor feels modern and a bit up-scale. The gold-toned silverware was a nice touch.

Given that it was such a hot day outside, I’m not sure how we wound up ordering spicy food… 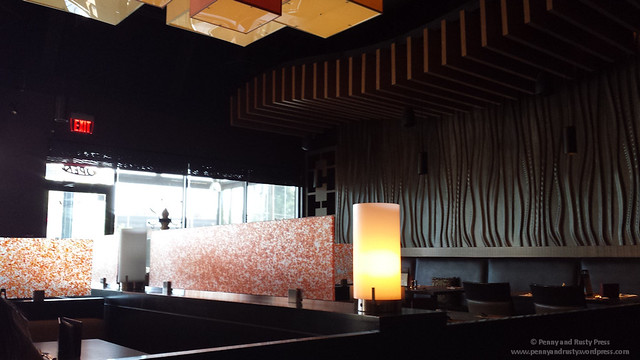 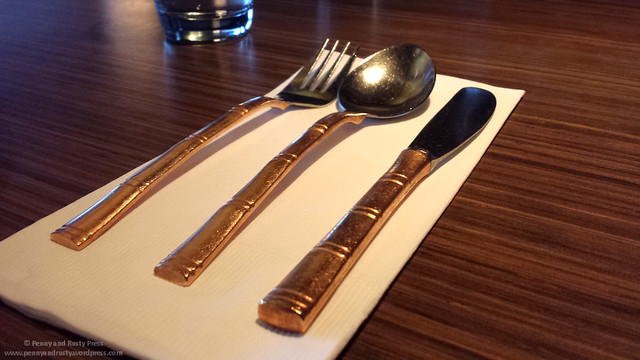 As I’ve mentioned previously, I’ve got a soft spot in my heart for vindaloo so I wound up ordering the Chicken Vindaloo ($14) as well as the Garlic Naan ($2.50). While the naan was light and crispy, it wasn’t too fluffy on the inside. However, the vindaloo was perfect… really liked the little round onion pearls. 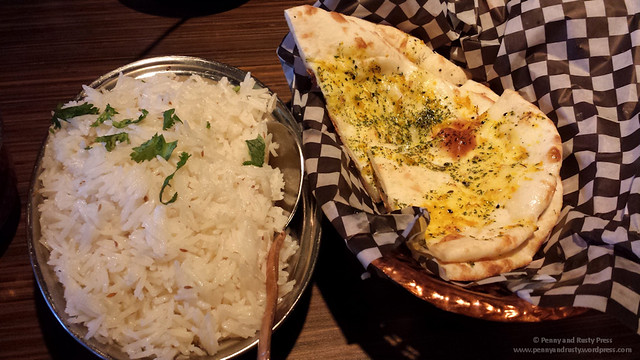 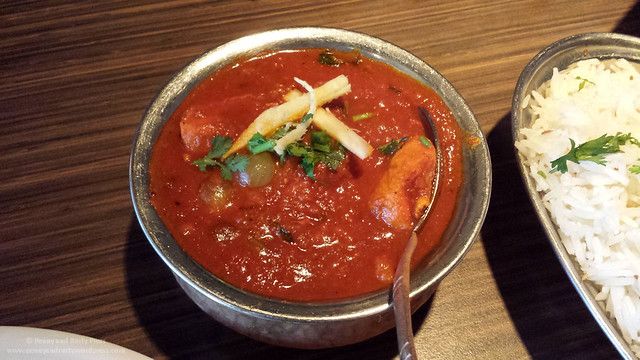 The Butter Chicken Lunch Special ($13) includes two pieces of tandoori chicken, chickpeas, rice, naan and butter chicken. The chicken pieces in the butter chicken were rather large. Although it wasn’t too spicy, it still had a good level of spice. 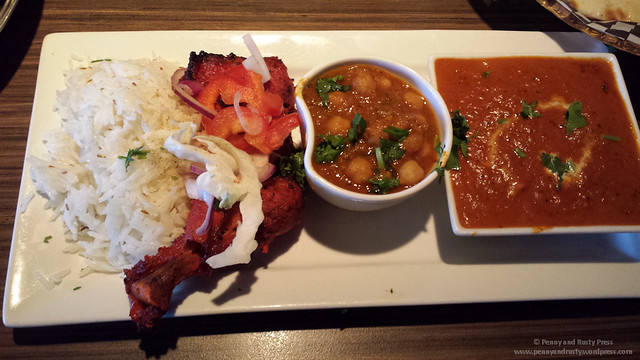 The restaurant did live up to their name… food was indeed quite tasty.