The Big 6 Restaurant is located in Burnaby and, if you get past the shady looking exterior, you’re greeted with a throwback inside with light pink stucco interior walls, tired vinyl booths and seats, and a row of coin-operated toy dispensers. Dive – check.

They proudly displays a 1991 Province newspaper clipping proclaiming them the favourite “greasy spoon” for the year and they actually have some interesting options on the menu. 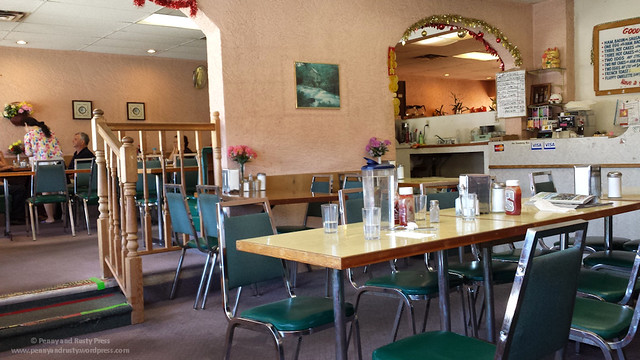 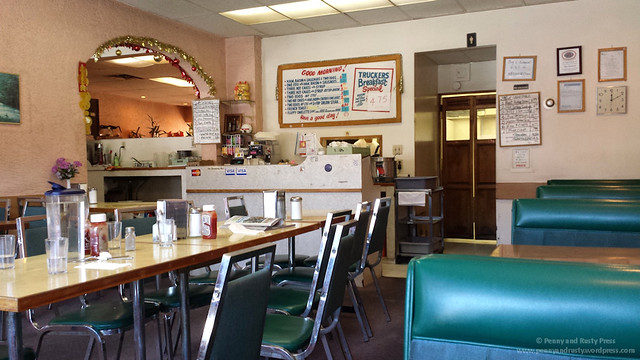 I decided on the Monte Cristo ($7.50) which they describe as a hybrid of French toast with ham, cheese, turkey, and tomatoes and served with fries. What arrived on my plate wasn’t exactly as described. On the plus side, it came with bacon… but it didn’t really taste like French toast. I wonder if they gave me a Club House by mistake. In either case, there were no tomatoes and the the meat was rather dry with practically no cheese. They even forgot my drink order and then tried to charge me for it. 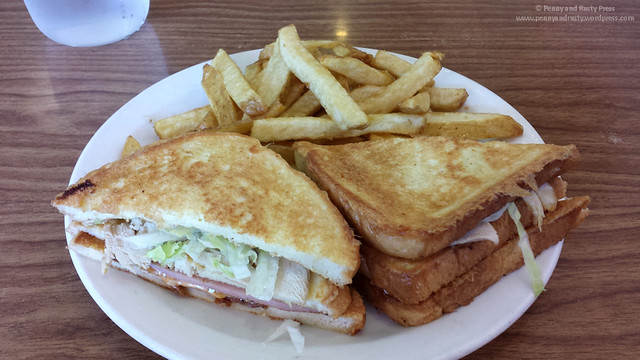 I really wanted to like this place better but, at the end of the day, there lots of better greasy spoons around town.