Tony’s Fish & Oyster Cafe has been a staple at the entrance to Granville island since 2002. The thing is… there’s so many great places to eat at Granville Island that we’ve never found the time to try them out… until now.

Back in August, we had taken Sophie for a walk down to Granville Island and decided to grab some fried seafood and fries. Since Sophie was with us, we picked the Seafood Sampler for Two ($30.99) and got it to go. It comes with butterflied prawns, calamari, breaded oysters, fried cod, coleslaw, and Kennebec fries. 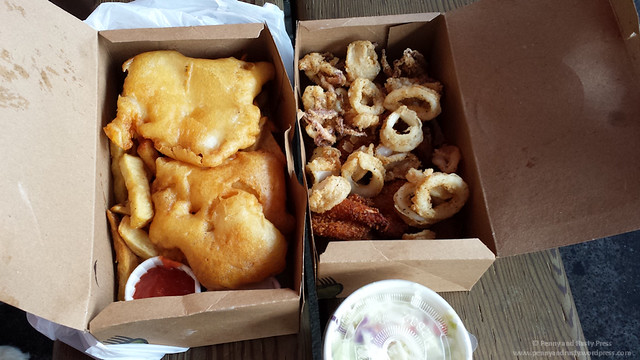 Now, let me just say that it’s a bit on the expensive side for fried seafood… but there were large pieces of cod, 4 oysters, 4 prawns and a sizeable amount of calamari. Sophie was especially fond of the fries. As far as the food quality, they did a pretty good fry job. 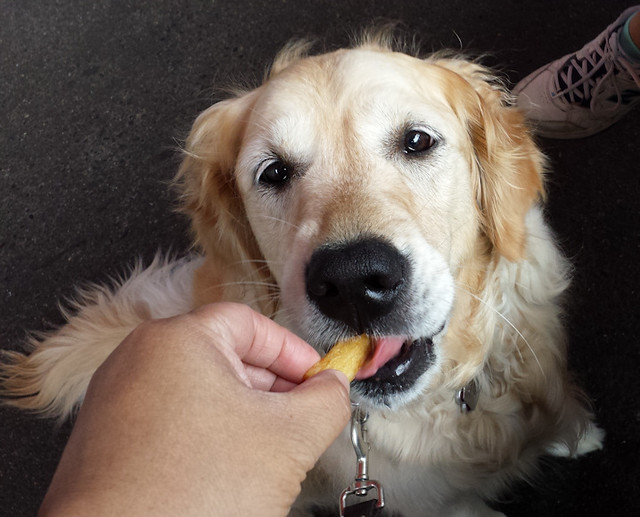 Since the restaurant is on the smaller side, you put your name down on a list if it’s full.