If you’re in Oahu and you’ve had enough of the beach, you can head over to Ono Hawaiian Foods to get some classic Hawaiian eats. This is a tiny little restaurant that’s become quite popular over the years.

It’s walkable from Waikiki Beach – but if it’s super hot outside, it’s probably best to just grab a bus (grab the #2 or #13 from Kuhio Ave). Because this place is so small, it’s easy to miss this place. Don’t confuse it with the nearby Ono Seafood (which is a great place to grab some tasty ahi poke). 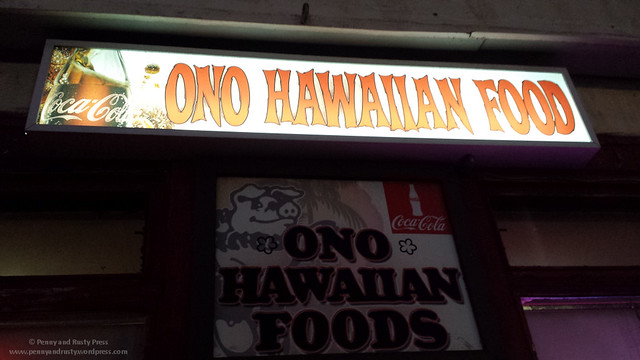 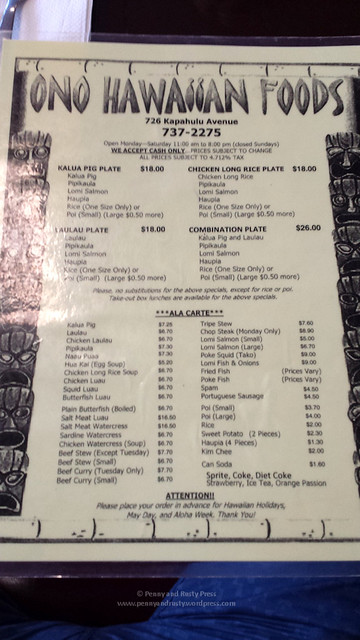 We were lucky and got a table right away – many times, the line up is out the door. The walls are decorated with tons of old pictures and you really get that hole-in-the-wall vibe going on here.

The menu can be a bit confusing if you’ve never eaten here before or if you haven’t had Hawaiian food before. The waitress was kind enough to go over the dishes and how best to eat them.

We decided on the Laulau Plate ($18) which includes laulau (tender pork encased in tea leaves), pipikaula beef jerky, lomi salmon (similar to a tomato salad with salmon pieces), haupia coconut jelly, rice, and poi. I’ve had poi previously and haven’t been impressed (even though I like taro)… but the poi here was actually quite good. It helped that the waitress showed us the best way to mix and dip the items. Who would have thought to dip the raw onion pieces in the poi? 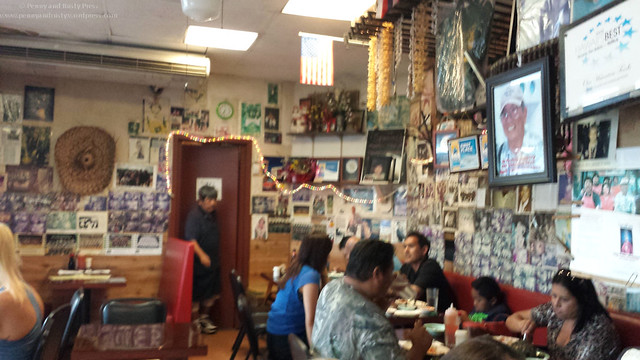 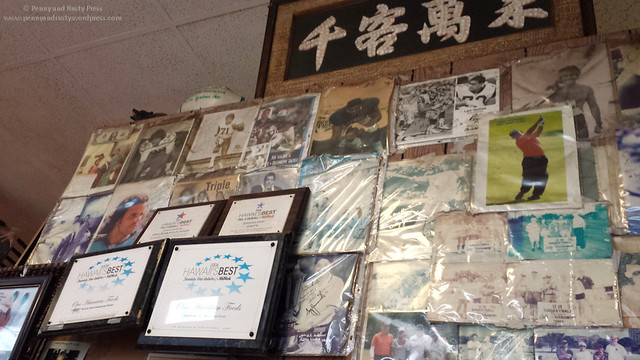 We also grabbed some items from the ala carte menu including the Beef Stew ($7.70) and the Poke Fish (market price). 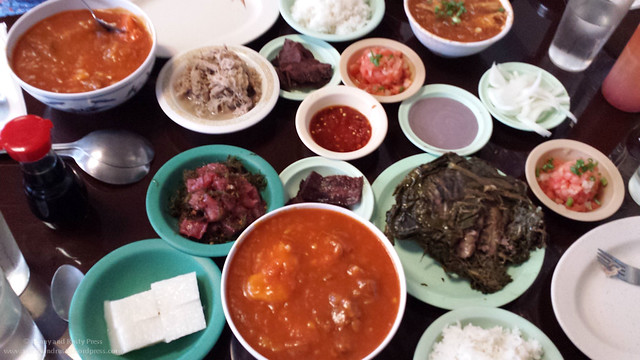 The beef stew had huge pieces of potatoes, carrots, and tender beef with plenty of sauce to go with the rice. As it turned out, the “market price” for the poke was only $9, so not as bad as we thought. It was prepared with seaweed and kukui nut relish. The poke wasn’t as good as the poke that we had at nearby Ono Seafood, but it was probably more traditionally prepared. 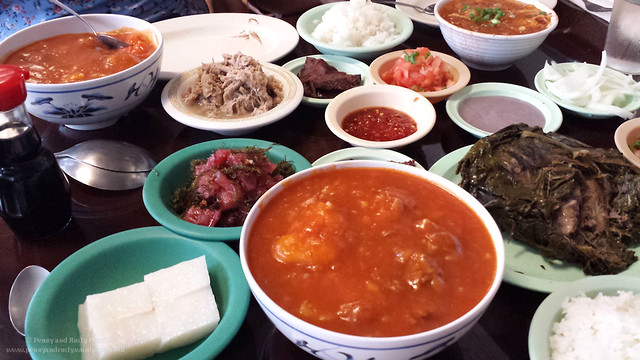 For some of the other items, the waitress explained that we should dip it in some hot sauce first and then follow it up with a dip in the poi… it really made the difference. 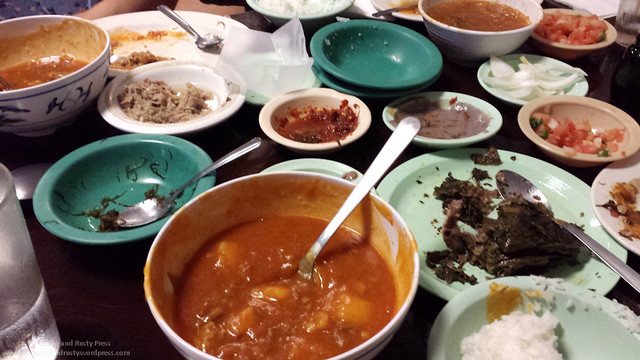 There was sooooo much food. You can really fill your belly here – plus the food’s good too. 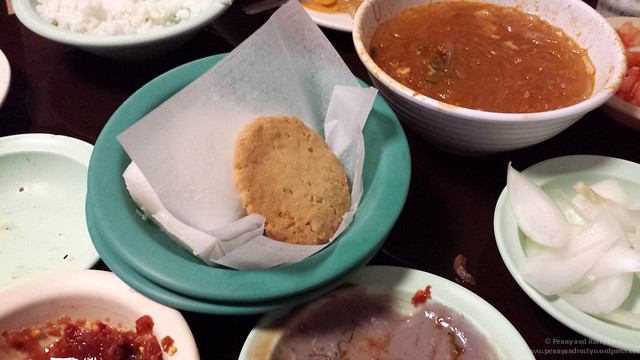 Oohhh… and they gave us these really tasty macadamia nut cookies at the end of our meal. After that filling meal, we really had to walk off it off.