We missed visiting Leonard’s Bakery during our last trip to Hawaii in 2013 so we were really looking forward to trying out their malasadas… basically a Portuguese doughnut.

Leonard’s isn’t located along the major Kalakaua strip so you either have to walk there (approx 30 minutes from the beach) or take the bus (take #13 from Kuhio Ave). It’s roughly a 5 minute walk north from Ono Seafood, so you can definitely pick up some tasty poke on the same trip. 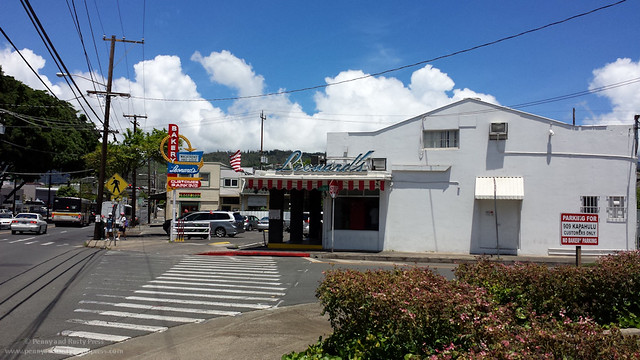 They make their malasadas fresh so there’s almost always a line up. The original flavour just has a dusting of plain sugar and the cinnamon is a bit reminiscent of the mini donuts you get at the PNE (but softer on the inside). These go for $1 + tax each or $6.28 (tax included) for 1/2 dozen. 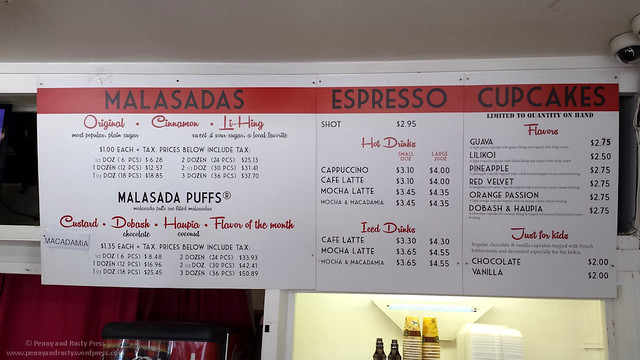 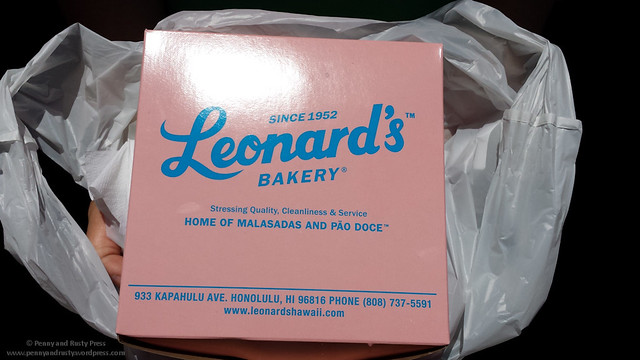 They also have Malasada Puffs which are filled with various flavours for $1.35 + tax or $8.48 (tax included) for 1/2 dozen. We grabbed the chocolate dobash, macadamia nut cream, coconut, and the flavour of the month… guava! 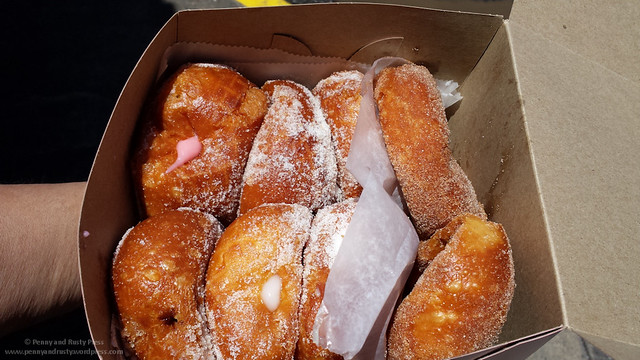 The bright pink Leonard’s Bakery boxes are just as famous as the pink Voodoo Doughnut boxes from Portland. The malasadas are best when they’re fresh and super soft on the inside. Loved the fresh guava – it was so creamy. The chocolate dobash was equally good – it was almost like melted dark chocolate pudding.