I’ve driven by McKim Wonton Mein Saga on Kingsway for years and always thought the name was a bit odd… how do you mix a Scottish name like McKim with something as intrinsically Chinese like wonton noodles?

Of course, the real answer probably has something to do with the fact that their other location in Richmond is actually located on McKim Way. Now, I was especially interested to try this place out because of the “Saga” in their name… I mean, come on… if you’re going to put “Saga” in your name, you had better be pretty good.

From the outside, it’s not much to look at… in fact, it’s quite nondescript and there are quite a few neighbouring stores that are boarded up. However, the interior isn’t too bad. Like Congee Noodle King, this restaurant has a special late night offering that starts at 9:30pm. 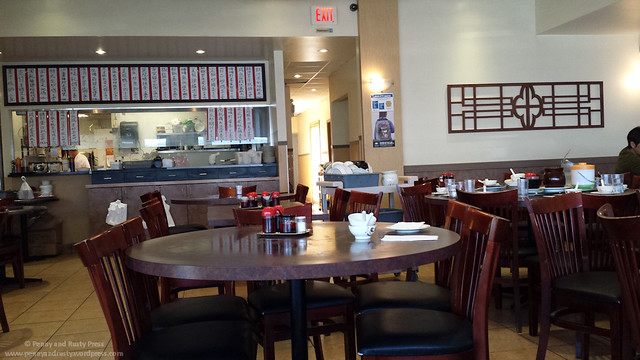 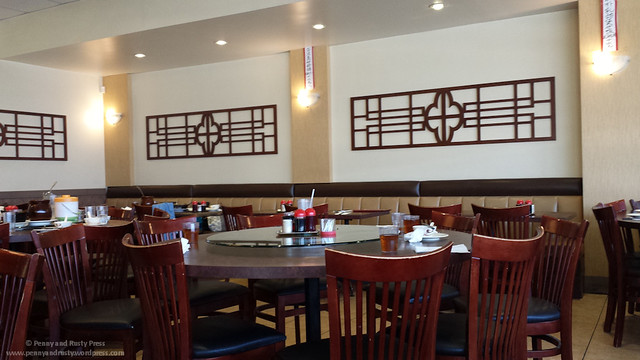 You can’t come here and NOT order the wonton noodle soup so I picked the Shrimp Wunton Noodle Soup ($5.95). For the price, this was quite good with a bouncy snap to the shrimp inside the wontons. 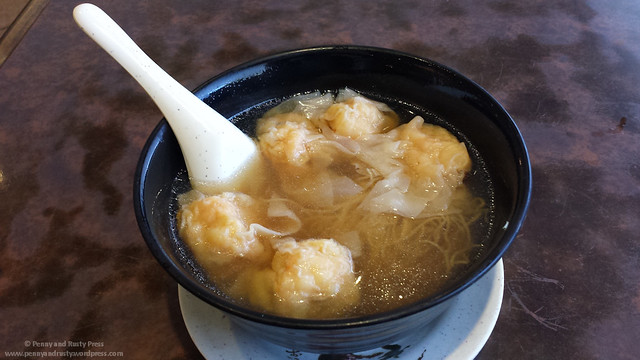 I also ordered the House Special Chow Mein ($13.95) which came with squid, shrimp, scallop, bbq pork, gai lan, chicken, and mushrooms on top of crispy noodles smothered with sauce. I was quite pleased with this dish. 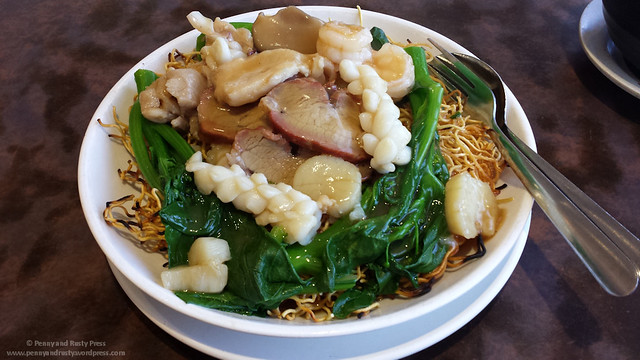 We came back for a revisit a couple of weeks later and tried the Braised Beef Brisket Wuntun Noodle Soup ($7.50). As like before, the shrimp wonton were pretty good with a snap to the shrimp filling. The beef brisket was equally satisfying as it was tender to the bite. 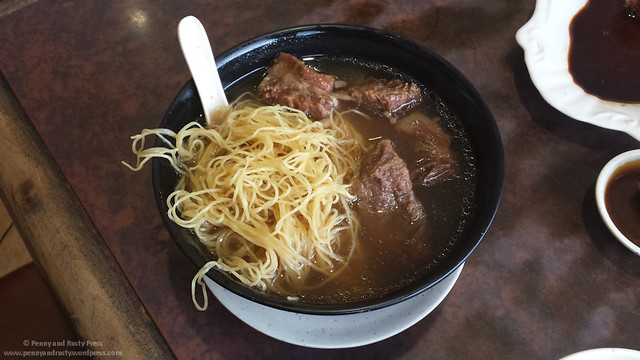 The Cold Lemon Tea was fairly standard for Chinese restaurants… nothing really great or bad here. 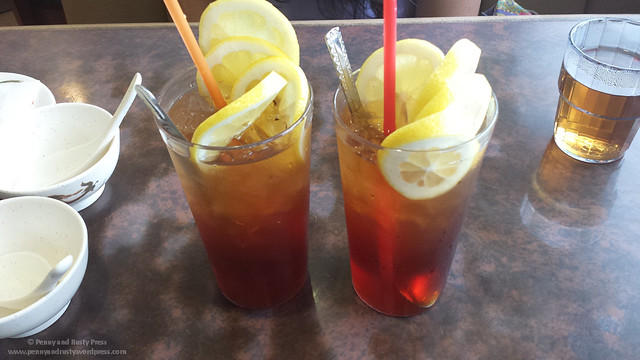 They don’t have much dim sum at this restaurant but they do serve various rice rolls. Unfortunately, the Chinese Donut Rice Roll ($3.95) wasn’t very good. The donut was too crispy which probably meant it was either overcooked or it wasn’t fresh and they tried to re-fry it. The rice rolls were fairly unmemorable as well. 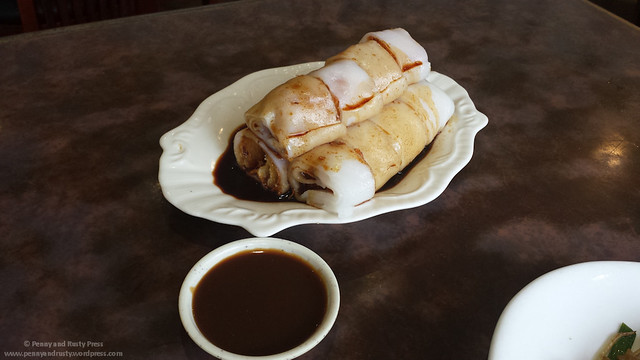 Lastly, we tried the Dry Fried Rice Noodles with XO sauce and Beef ($11.25). Fortunately, this comfort food dish was well prepared and satisfied my need for carbs. 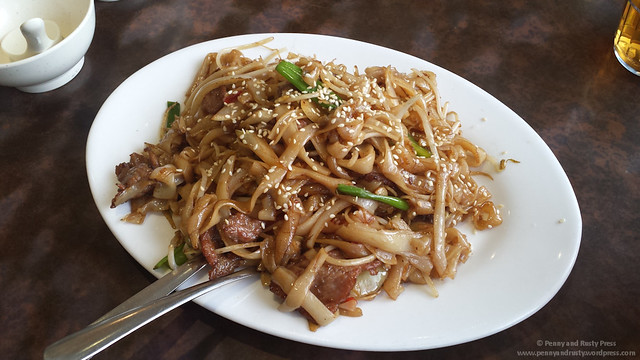 So, in summary, definitely try the noodles when you come here… it’s worthy of a saga.