Kishu River is located on a busy stretch of Kingsway, next to Joojak Restaurant.

In addition to the freakishly enormous goldfish that they have on display in a fish tank, Kishu has a rather extensive menu to choose from. The interior is a bit drab and tired… and you can get overwhelmed looking at all of the menu items that they have littering the walls. 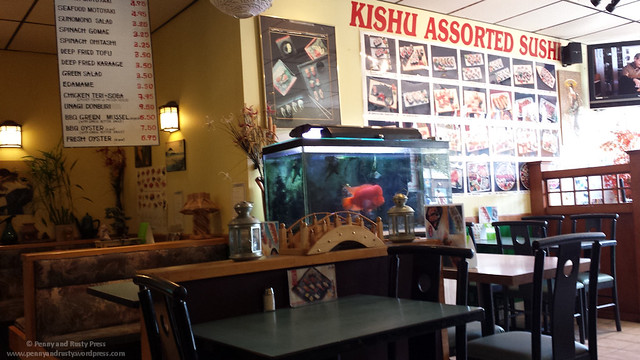 First off was an order of Gomae ($3.25) which was a fairly good rendition of the boiled spinach with sesame sauce. 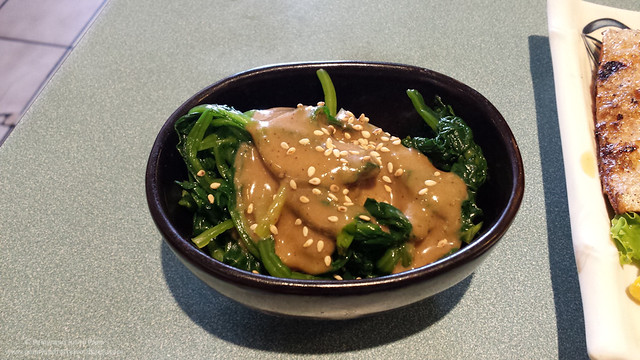 When our order of Salmon Sashimi ($6.50) arrived on the table, I was quite pleased with the deep red colour. Then, I noticed a few things… first, although the salmon appeared to be a thick cut, it seems like the pieces were only thick on one side and then much thinner on the other side. The salmon also had a bit of a strange texture to it – like they didn’t do a very good job of trimming the salmon. We also noticed on the back of one of the pieces, there was a dark red spot on the salmon flesh (which we didn’t eat). I feel like their sashimi chef needs better knife skills. 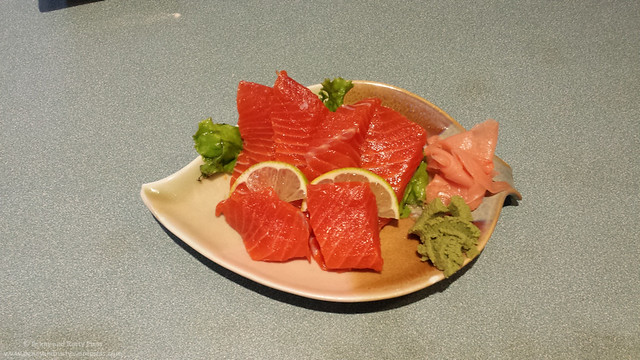 The BC Roll ($3.25) was fairly cheap but didn’t really have enough salmon skin for my preferences. When I order a BC Roll, I’m really looking for that crispy salmon skin. Here, it seemed like they took a piece of salmon with skin on it and rolled it up. The Negitoro Cone ($2.95) was equally meh. 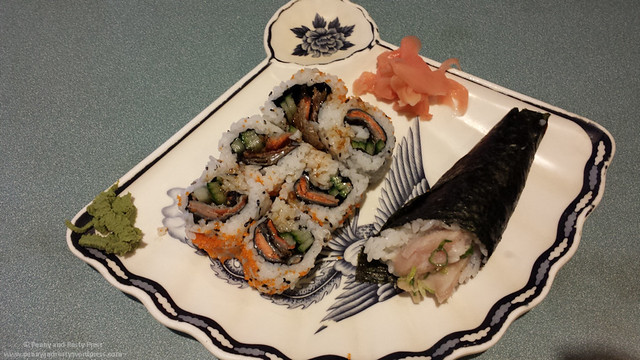 Next up was the Garden Roll ($8.95) which contained salmon, tuna, avocado, tamago, and crab meat – the roll that we received didn’t look anything like the picture in their menu and, again, was just meh. 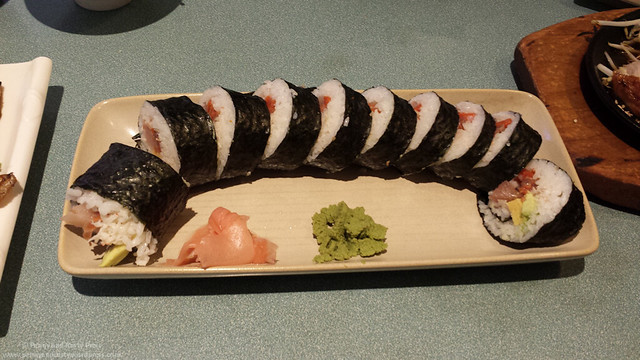 Man, seems like there were a lot of dishes that seemed “meh”… take, for example, the Stuffed Eggplant ($4.25). The eggplant was a bit stringy. 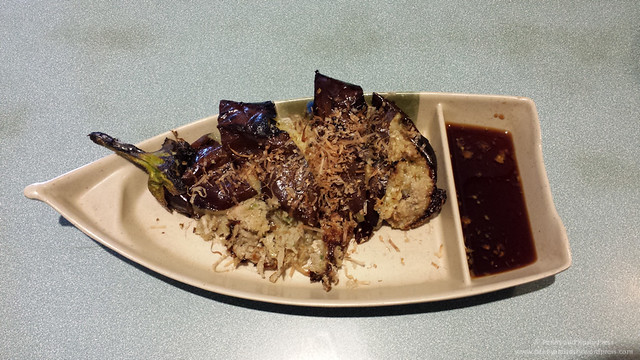 Finally… a dish that was pretty good… the Salmon Belly ($2.95) had a decidedly nice, crispy skin attached to the tender and oily flesh. Good value for the price too. 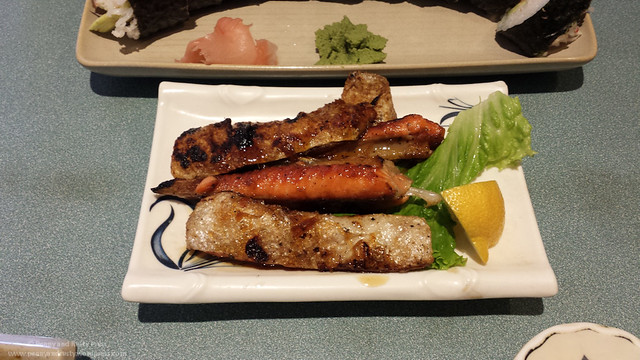 The Chicken Teriyaki ($7.95) comes with rice and miso soup. The tender chicken meat had a perfectly crisp skin so I did quite enjoy this dish. 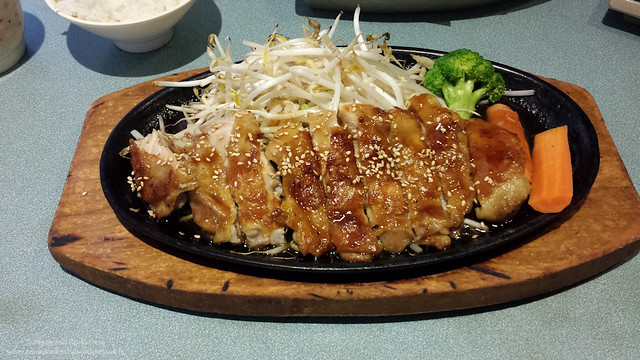 So, despite the extensive menu here, it seems like dishes are hit-and-miss. I probably wouldn’t order sushi or sashimi here, but the salmon belly and chicken teriyaki was alright.