Hilltop Diner – Blast From the Past

As someone who lives and works around Vancouver/Burnaby, I don’t usually find myself out in the sticks very often. Okay, Fort Langley isn’t exactly the sticks… but I did get the whole small town rural vibe going on as I got closer to my destination.

As I drove past the Langley Regional Airport along Fraser Hwy (I know… who knew there was a tiny little airport here?), I noticed that the spacious 4-lane highway eventually turned into a 2-lane road at 232nd Street. They were doing some road construction around the area, so perhaps they’re going to bring the highway out further east?

In any event, I finally found myself at Hilltop Diner (just before 240th St) and immediately thought that the place reminded me of Mel’s Diner from Alice… not that it physically resembled the iconic 70’s eatery, probably just the whole roadside diner on the outskirts of civilization vibe going on. 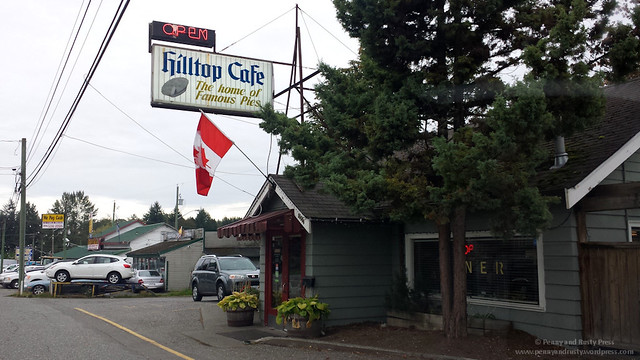 If you’re looking for a diner experience, the interior fit’s this place to a tee. Don’t get me wrong… it’s not a hole-in-the-wall… too clean for that. No, the interior was filled with old style chairs that looked like it was from the seventies. There was a surprising number of families with children (in addition to the expected construction workers) when I stopped by for breakfast. 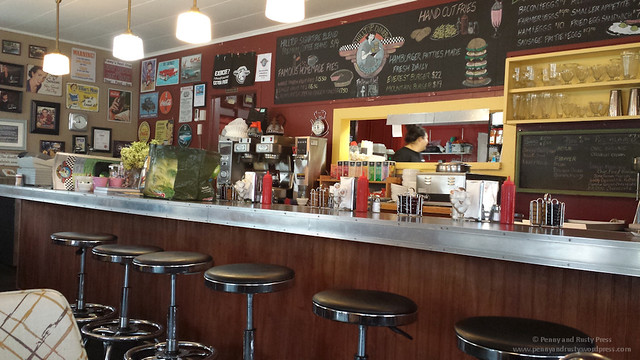 Since I’m not a coffee freak, I ordered a Hot Chocolate with Whipped Cream to warm up. The whipped cream cap kept the hot chocolate from flowing out but, once I broke the cap, the foam started oozing out. 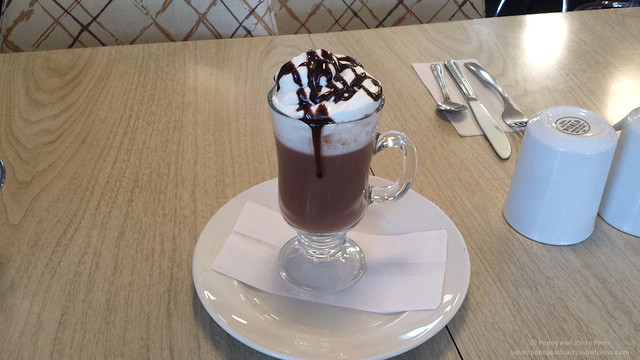 For my breakfast, I ordered the Bacon and Eggs ($9) with rye toast and hash browns. These weren’t your ordinary hash browns though… they were more like smashed potatoes with an awesome crunchy crust. Even though I wanted to, I couldn’t finish the potatoes – but I made good work of the bark. 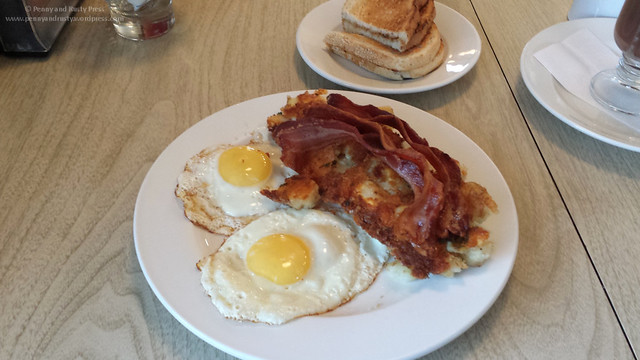 I’ve forgotten how much I love rye bread… the perfectly toasted rye bread with the centre still soft and buttered… mmm! Oh, forgot to mention that the bacon was served nice and crispy… just like I like it! 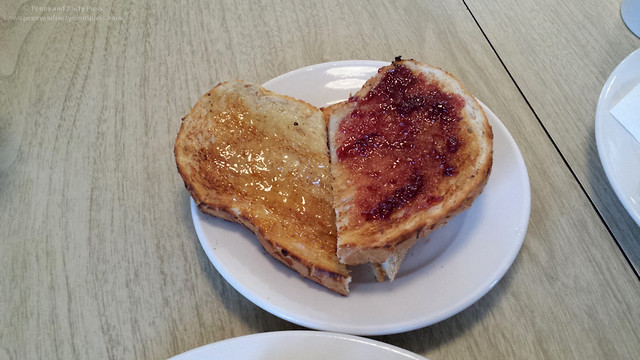 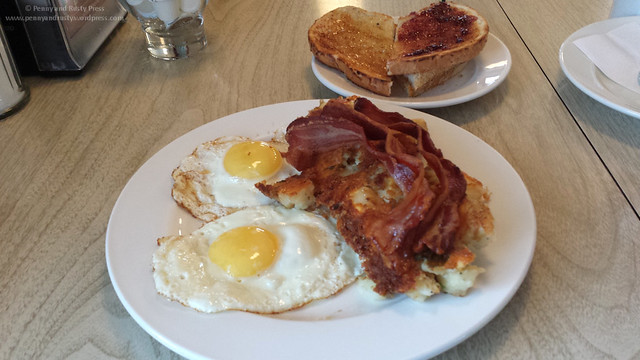 Hilltop Diner, like any respectable diner, is known for their pies. And, because I didn’t get a chance to try out their pies at breakfast time, decided that I would come back later in the day for lunch.

Still full from my breakfast, I just ordered the Chili Fries ($8.50) along with a Lemon Meringue Pie ($6.50). They had a good selection of different pies to choose from, but I wanted to stick to a classic.

First off, the chili fries were indeed cheesy. They also had a tart bite from the hot peppers they add to the dish. There’s an ample amount of fries in this dish and the chili’s pretty good too. 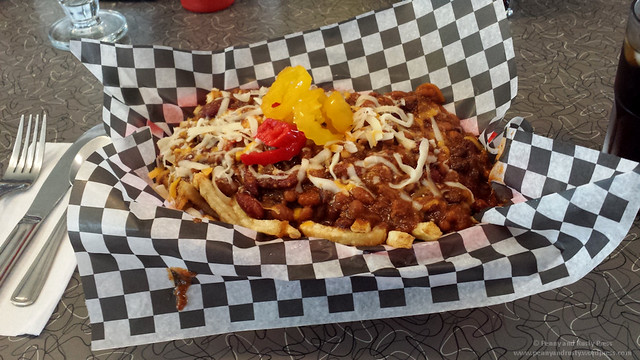 As for the pie, it had a nice flaky crust and was not excessively tart. The light and airy meringue typifies the lemon meringue pies I would eat as a kid. 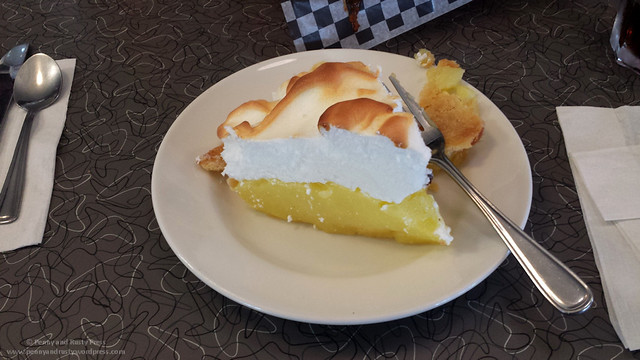 This diner got quite busy during the lunchtime rush. Make sure you save room to try their pies.