Boston Pizza has a bunch of locations in Metro Vancouver – this particular location is just off of Grandview Hwy. We ordered the Boston Royal on a thin multigrain crust, a signature pizza with smoked ham, pepperoni, shrimp, olives, green pepper, onion, mushrooms and mozzarella. We added pineapple to the pizza and got the special (large for the price of a medium $34.28). 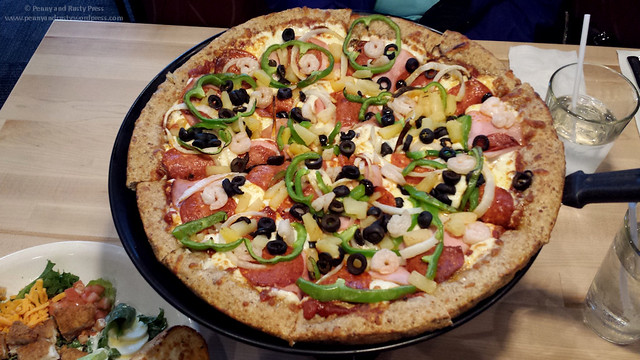 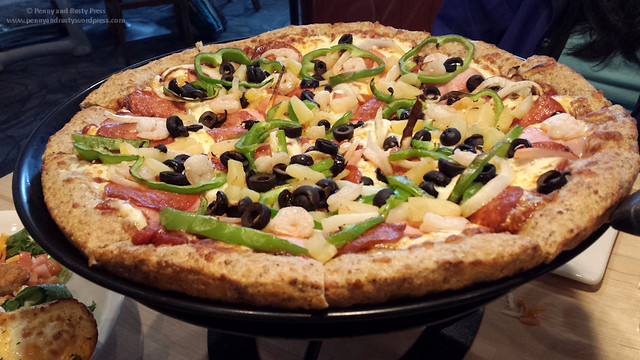 Feeling like we needed some more greenery, we also ordered the Crispy Chicken Pecan Salad ($15.99 + $3.59 for Cheese Toast). I thought that the salad could have used a bit more dressing but this was still pretty good. I really liked the cheese toast – it was loaded with bubbling cheddar, mozzarella, and parmesan cheese with just a hint of garlic. 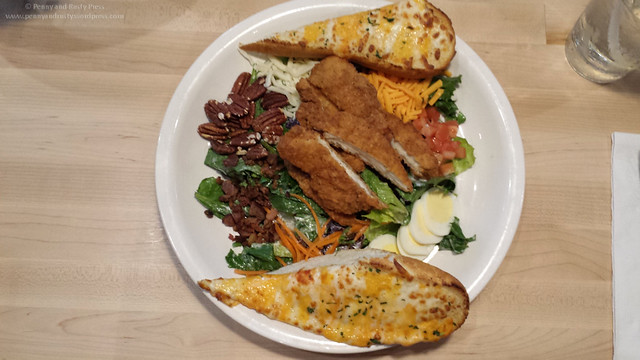 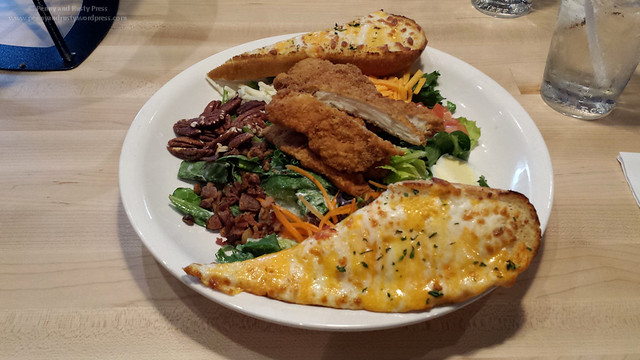 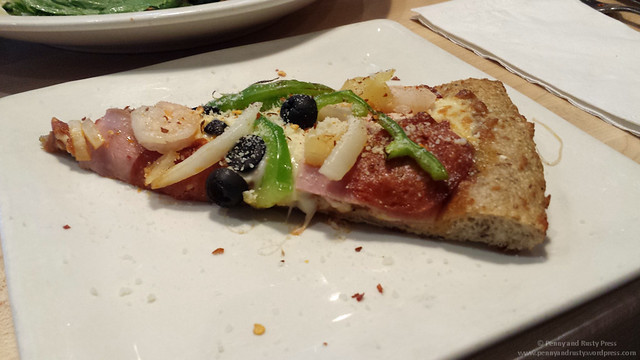 Overall, I thought the pizza, especially with the thin crust, was pretty good. You can definitely find a lot cheaper but there’s nothing wrong with the taste. We should have ordered the chicken wings because, from what I recall, they’re really tasty.