Come Along Seafood Restaurant is a busy Chinese restaurant along the same Kingsway block as Phekda Chinese Restaurant. I’ve been here both for dim sum and also for dinner with very different service levels.

First off, I’m not a big fan of the layout of the restaurant. The half-frosted windows blocks light from coming into the restaurant and makes it seem unapproachable (even though I know it’s meant to give more privacy to the diners inside). They also have a small walled off alcove in the front that breaks up the flow of the restaurant inside and makes it difficult to flag down staff if you’re stuck in one of the unseen nooks.

On our dim sum visit, is was quite busy but we managed to get a table quickly since it was just the two of us. For some reason, they didn’t give us a menu and, because it was so loud inside, we had trouble flagging down one of the wait staff. Eventually, after asking a couple of servers, we finally got our menus and our food starting coming out soon after.

First up was the Egg Tarts which came out still warm. The egg tarts were a bit on the dry side but they had a pleasantly flaky crust. 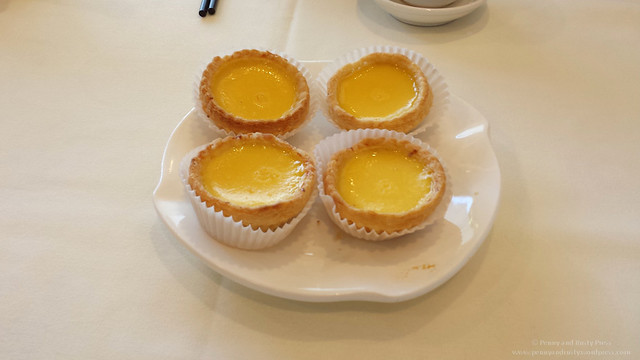 One of my favourite dim sum dishes here was the Beef Rice Rolls. These were a bit different than the usual preparation that we get at most dim sum restaurants… more like a deconstructed version. While oily, they were quite tasty. 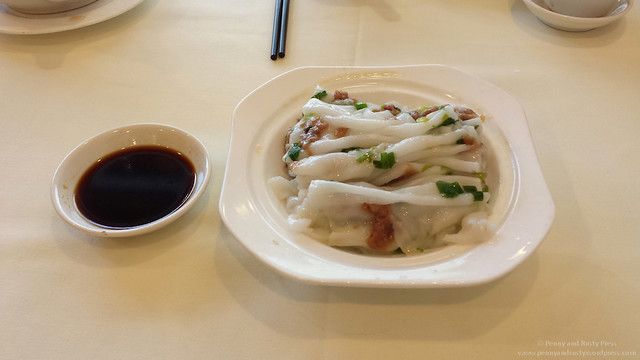 The Stuffed Bean Curd Wrap had a satisfying filling of pork, crunchy bamboo, and wood ear mushrooms inside the silky wrapper. 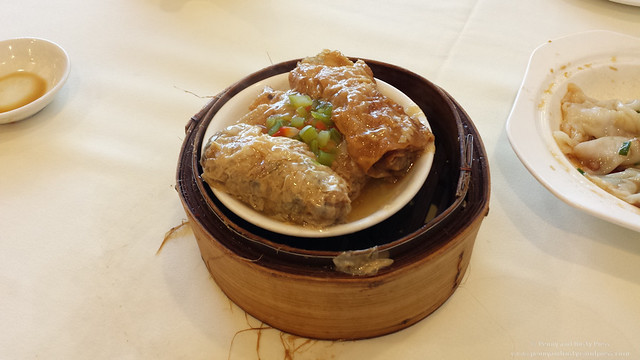 The Steamed Beef Balls were plump and was accompanied by a sweet soy dipping sauce (I think I prefer when it comes with worcestershire sauce). 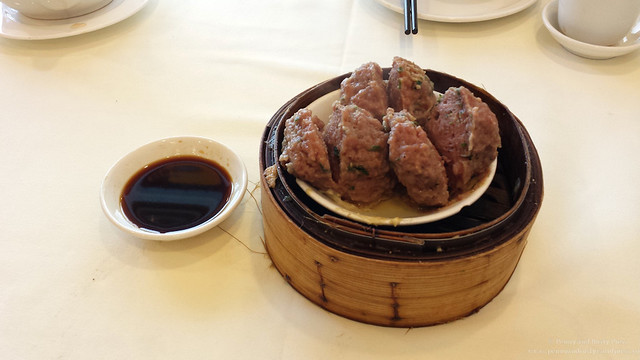 Next up was the Shrimp and Chive Dumpling. I wasn’t a big fan of this dish… the skin was thick and there was a bit of shrimp shell in my dumpling. 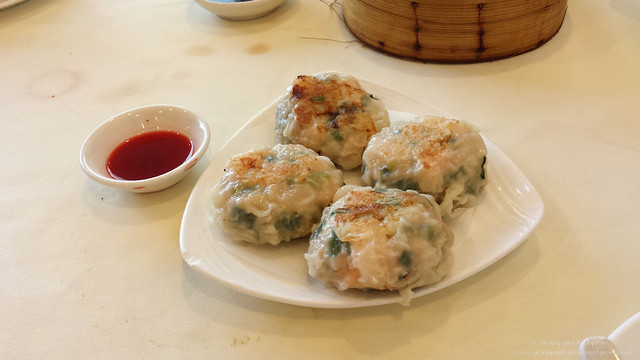 We also picked up the Chow Mein with Beef Tenderloin and Pickled Veggies to round out our meal. This was a bit different than I’ve had before… it had more of a sweet and sour flavour that I was quite pleased with. While there was some crispy noodles in the dish, I wish there were more of the crispy noodle bits as I enjoy the crunchy texture mixed with the sauce. 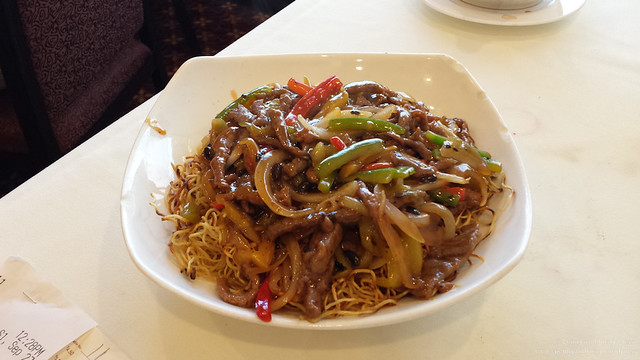 I came back for an early dinner visit a couple of months later when the restaurant wasn’t as busy and noticed a big difference in the service… the waiters seemed to be a bit more focused and friendly (but maybe that’s because there was barely anyone in the restaurant). 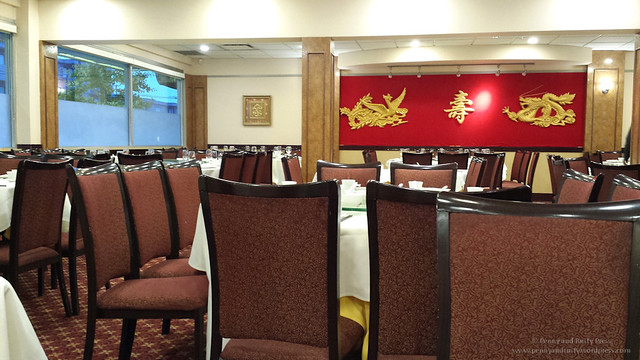 The House Special Chow Mein had the perfect amount of crispy noodles this time. Not to mention a good collection of tender fish slices, chicken, scallops, bbq pork, gai lan, carrots, mushrooms, and plump and juicy shrimp that snapped when you bit into them. 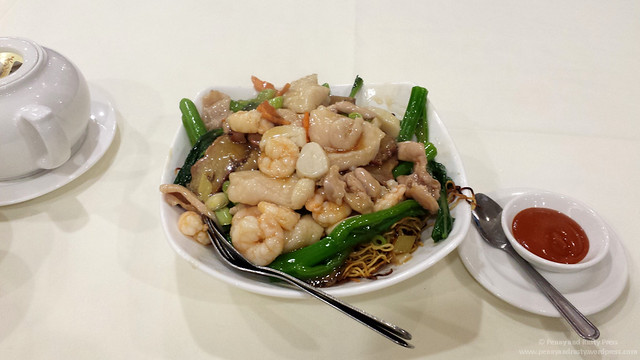 The Taro Duck (half order) was really flat… it looked like they really squished it. There wasn’t too much duck meat or taro for that matter. Tastewise, it was probably better than the one at Golden Swan but nowhere near as good as the one at Flamingo. 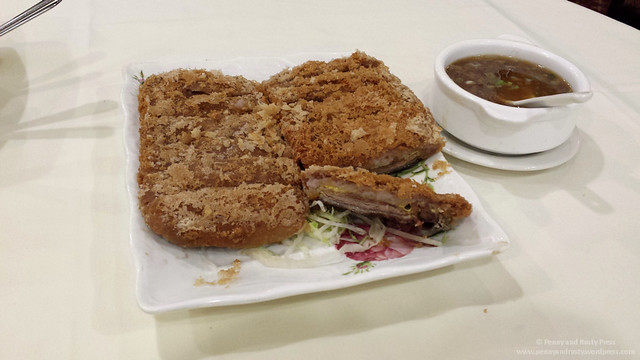 The real reason for my dinner visit was to try their Fatty Pork with Preserved Veggies (mui choy kau yuk). This dish took longer to come out (maybe 20-30 minutes) but it was worth the wait. The dish came with about 8 thick fatty pork slices which were perfectly melt-on-your-tongue tender. Plus,they had a good ratio of meat to fat and the sauce was on the light side and not overly salty from the preserved veggies. I dare say that this is one of the better mui choy kau yuk dishes I’ve had for a while. 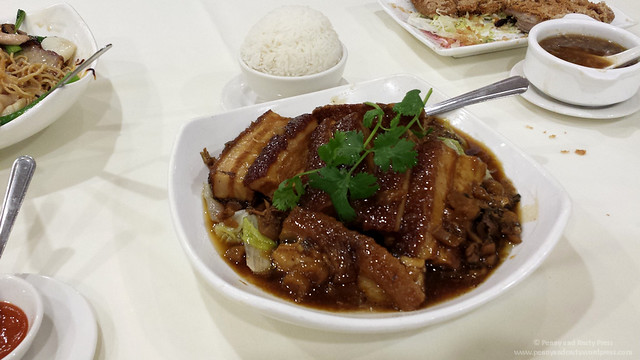 Each of my dinner entrées worked out to be $16.80 per dish. While they do provide you with red bean soup for dessert, I opted for just the almond cookies as I’ve never been a huge fan of red bean. 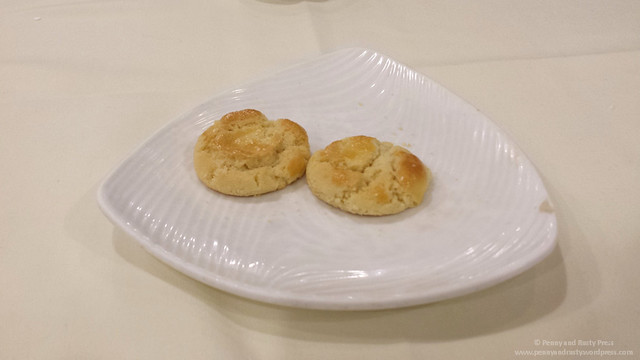 I did notice that when more patrons arrived for dinner, the service level dropped. It seemed like the waiters spent a lot of time chit chatting with regular customers. Also, the credit card machine didn’t work when I went to pay… fortunately, I had some cash on me. Overall, there’s some really good dishes here (and some that were just meh) but service levels fluctuate radically.