Shishinori has been on my list of places that I’ve wanted to try for a long time… mainly due to all of the pics of gorgeous food that I’ve seen in social media.

When I found out that their menu included Ahi Poke, I knew I had to come by here… it was over a month since we had gotten back from our trip to Hawaii and I was in serious poke withdrawal.

This is their Hawaii Ahi Poke meal ($14.50) which includes miso soup and a drink (we picked the Creamy Strawberry). First off, plating is rather nice and the inclusion of the greens makes for a colourful dish. We picked the shoyu ahi and found that the flavour was quite muted. Definitely not close to the ahi poke that we had in Hawaii. I also found the tuna to be a bit too slimy. 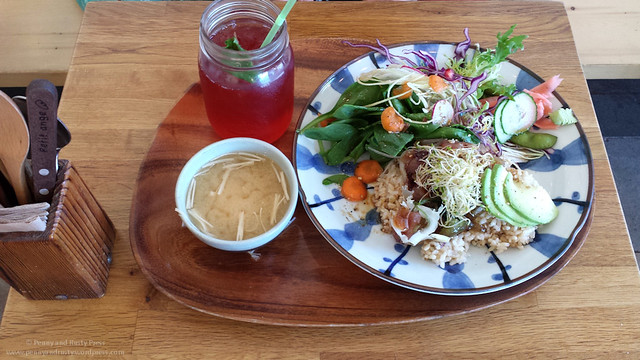 The Unagi Kabayaki Meal ($15) came with coffee jello and a Mango Black Tea. The unagi was actually quite good but I found that the rice was a bit hard and dry. Both drinks, though colourful, had very subtle flavours. 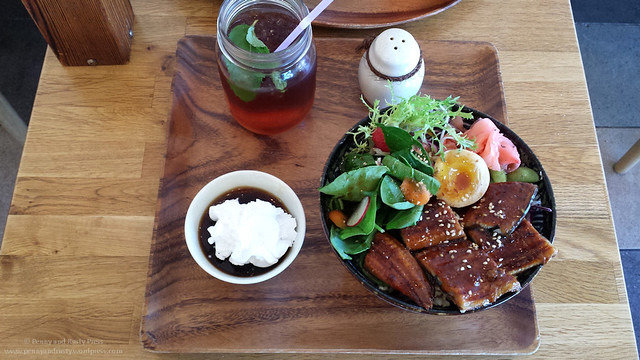 In truth, I was really hoping Shishinori was going to be better than it was. Yes, the food all looked enticing, but the flavours just weren’t there.