Afternoon Tea used to be something that you could only find in the swankiest downtown hotels. At some point, a number of bakeries and tea shops started offering afternoon tea service… now you can find it pretty much anywhere.

I think one of my favourite spots for afternoon tea was in the 900 West Lounge in the the Fairmont Hotel Vancouver. They closed that down a while ago and moved their tea service up to the 15th floor. I haven’t been back since… but we decided to try afternoon tea at the Fairmont Vancouver Airport because of the coupon offer that we bought online. $59 buys you afternoon tea plus 2 hour free parking (which is good because parking at the airport is super expensive) 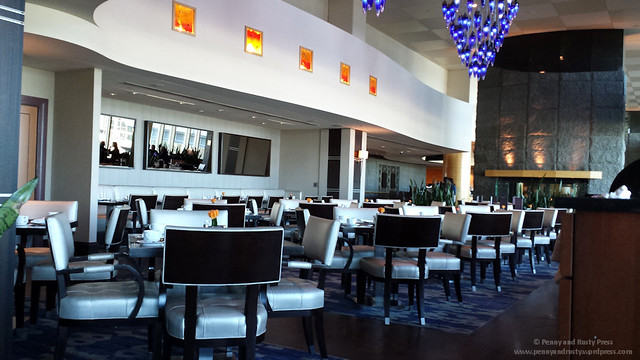 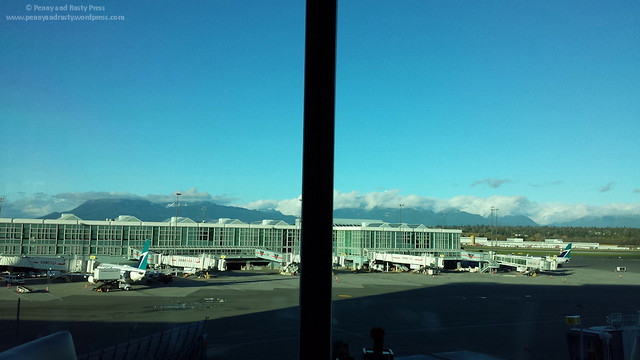 Even though the parking was free… it was a bit of a nightmare due to the regular airport traffic and all of the construction that they were doing in the parkade. For some reason, they had inexplicably blocked off a bunch of entrances to the parkade and we had to circle around the airport to find another entrance. 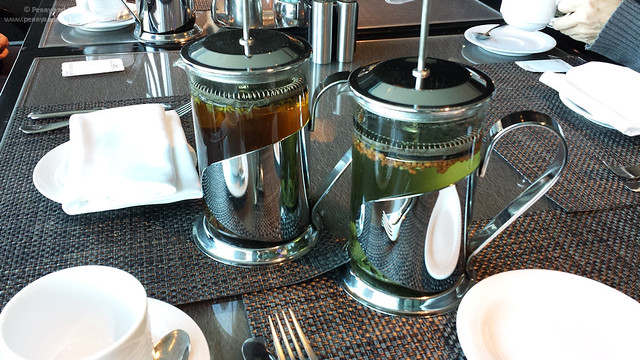 When you get here, there’s a nice view of the north shore mountains and the terminals. 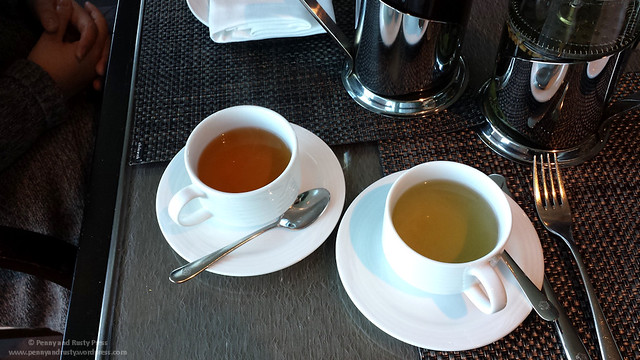 Instead of a traditional tea pot, each person gets an individual tea press. On the left was the Versailles Lavender Earl Grey which is a traditional French lavender mixed with England’s Earl Grey giving it a floral bouquet with citrus components. I decided to try the Genmaicha Akaike which was touted as being an ancient tea of the Samurai with a grassy, warm, full-bodied tea with oaky notes. I definitely detected flavours of roasted rice. 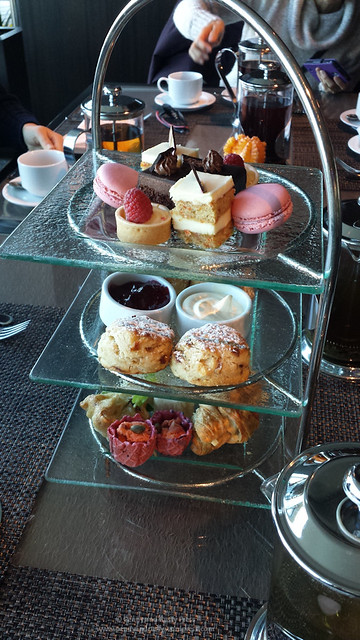 Tea is served with a three-tiered selection of goodies. The top tier is the desserts, the middle is the scones, and the bottom tier has all of the savory items.

My best advice, however, is to mix it up a bit… you don’t want to save all of the desserts to the end because they’ll tend to be too much sweets. 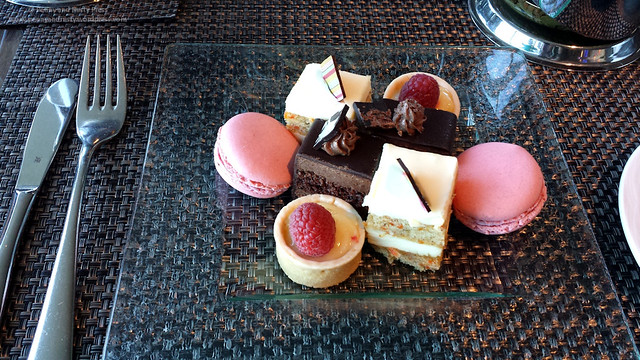 The sour cherry and white chocolate scones were served with Devonshire cream and strawberry jam. 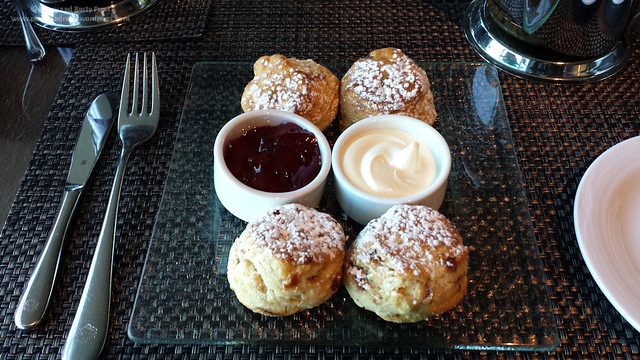 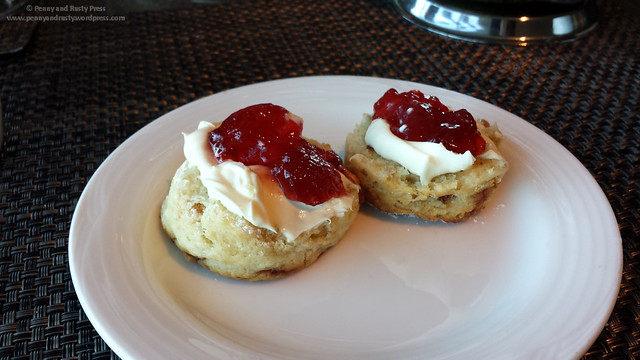 The savory items included a slightly lemony smoked salmon rillette in a beetroot tart, as well as a warm and flaky chicken and mushroom pie. Although I found that the ham, Boursin, and mustard pinwheel was just meh, the egg salad croissant was pretty good. 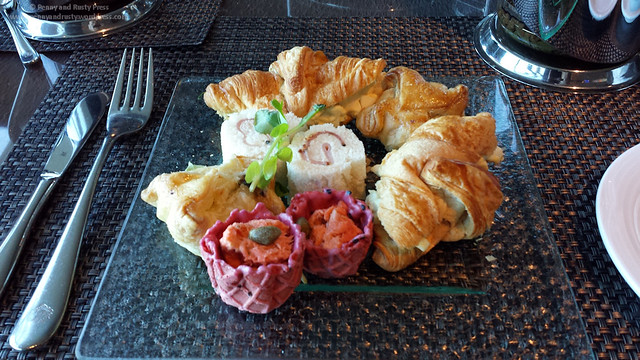 Tea service wasn’t very attentive but the food wasn’t bad. Pricewise, it’s a bit expensive if you don’t have a two-for-one offer. Plus, I kind of miss having an actual tea pot.