Angelina’s Restaurant is a tiny little Dutch restaurant located next to the Boathouse in New West.

I made the mistake of coming here during the busy lunch hour rush and wound up having to wait for a table. Because it was so busy, service was on the slow side.

I started off my lunch with a super huge mug of Hot Chocolate ($2.50) with whipped cream and drizzled chocolate. For some reason, it wasn’t too chocolately. 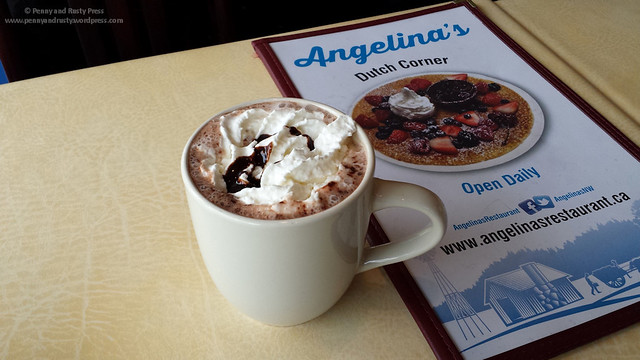 I decided on the Big Pannekoek ($15) with roasted baby potatoes, ham, bacon, sausage, bratwurst, eggs, and hollandaise sauce. The pannekoek are like thin pancakes and reminiscent of the ones I’ve had at the Dutch Wooden Shoe Cafe. 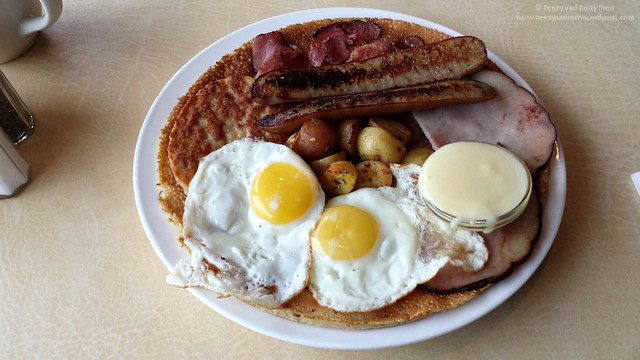 I would have preferred if the potatoes had some crispness to it. I thought the ham was just ok but I really liked the flat-style bacon that they served as it had a nice crispness to it. The round, flat sausage (on the left) was just meh but the bratwurst was perfectly grilled with a juicy interior. Overall, the pannekoek was pretty good. I didn’t think that the hollandaise sauce added much to the dish as it was very light and weak.