We came here because we heard that Top Shanghai Cuisine had one of the best xiao long bao in the city. When we arrived for dim sum, it was fairly busy so we were sat at a large shared table… that’s not a big issue for us as we’ve done that at other restaurants too (although I think they really need some more smaller tables here).

For some reason, they only have a Chinese order menu sheet. There is a menu with English translations but the order sheet has no numbers on the menu items so you have to carefully look at the Chinese characters to match it up with the English menu… and, of course, the menu is riddled with mistakes or mistranslations. The waitresses really weren’t much help either. Pretty much, it was a clusterf*** with spilt tea and crammed seating.

Anyways, on with the food… Our xiao long bao were quite small with a tacky wrapper. While the dumplings were juicy on the inside, they didn’t give us any dipping sauce and we were stuck in the back of the tables so we couldn’t flag anyone down. The XLB weren’t bad… but definitely not my favourite. Maybe they would have been better with some vinegar sauce (like all of the other customers got). 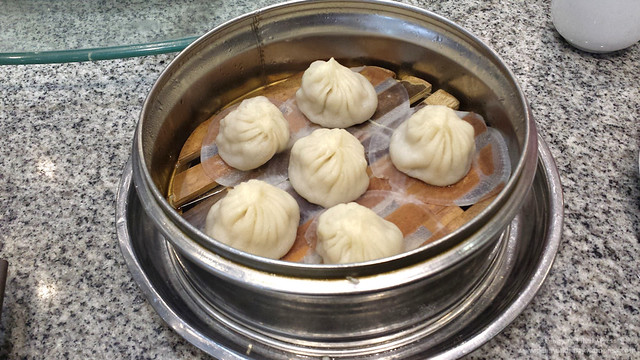 We also ordered some Spring Rolls. Again, just like the XLB, these were okay, but came with no dipping sauce. They were also quite a bit oily. 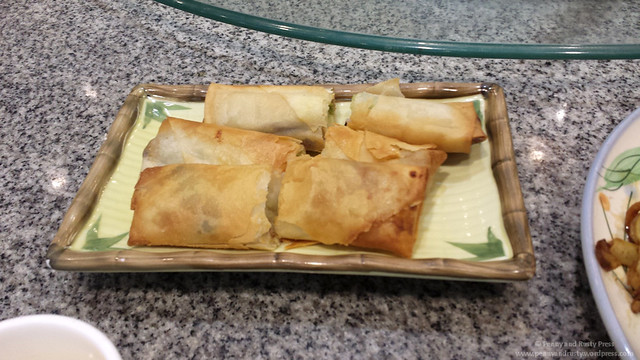 The Daikon Radish Cake isn’t like lo bak go that you get at Cantonese dim sum… these appear to be deep-fried, flaky, and dry with shredded daikon on the inside. 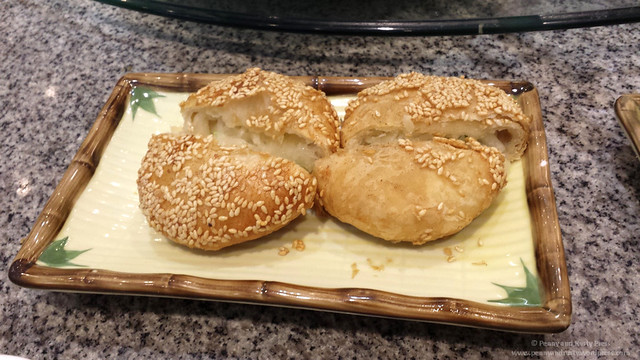 I must admit that the Shanghai Noodles were pretty good and had a nice, toothsome texture. 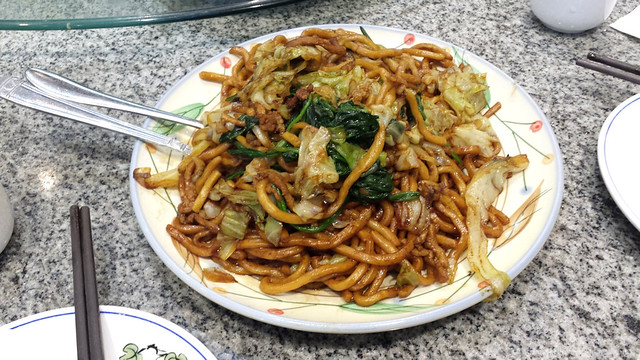 We finished off our meal with Mui Choy Kau Yuk. The tender pork slices melted in my mouth and was pretty good despite being very light in flavour. I only wish they had more preserved veggies in this dish. 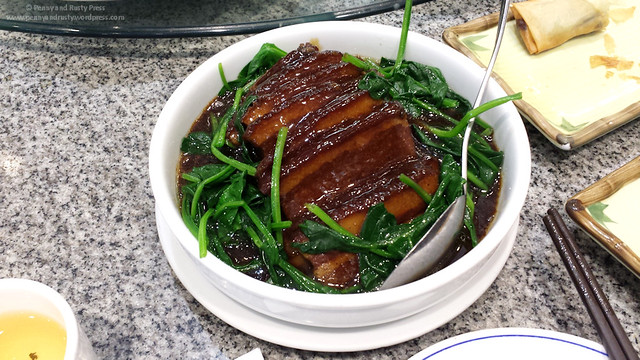 There are some okay dishes here, but I seriously wouldn’t want to go through the horrid service that we had here again… though we actually met a nice Chinese family at our shared table who were visiting from Texas.