Sushi Heaven is located in the Sapperton area of New Westminster, next to Fratelli Bakery.

The interior has a rather nice looking layout with dark wood tables and a clean environment. On my visit in late November, they weren’t very busy. 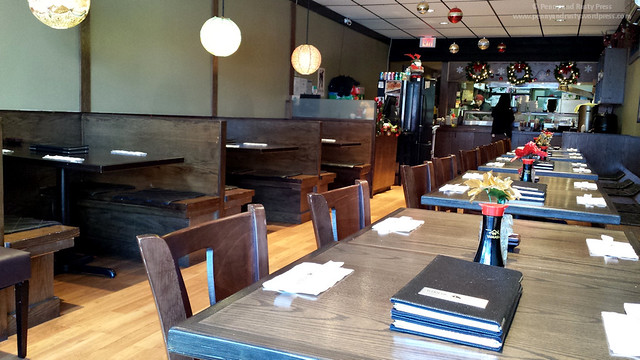 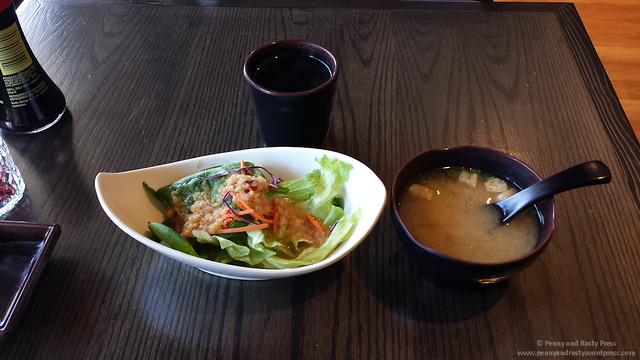 I ordered the Heaven Special Bento with chicken ($16.95) which turned out to be a fairly filling meal for lunch. It came with 2 pieces each of salmon, tuna, and tai sashimi. The salmon was quite good and had a clean, smooth texture. The tuna was actually quite good too, which isn’t always the case at other sushi places. On the other hand, the salmon and tuna nigiri were just pretty standard.

I did quite enjoy the California roll as there wasn’t too much rice and the roll was creamy from the avocado. The chicken teriyaki came with onions and bean sprouts. I found the chicken to be thinly sliced and a bit crunchy, which is a different texture than I’m used to.

The bento also came with miso soup and a salad with a tangy carrot-ginger dressing. 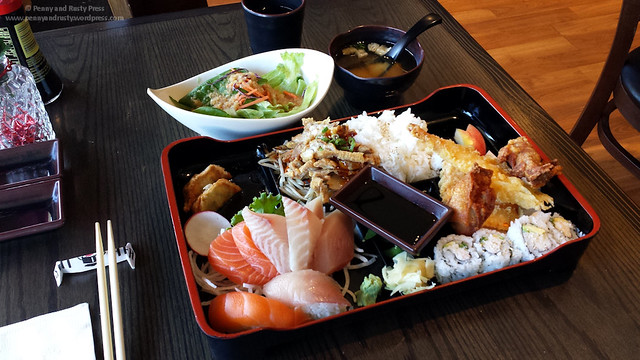 The 2 pieces of chicken karaage were crunchy on the outside but had a bit of a stringy, dry texture on the inside. It wasn’t bad per se, but I would have preferred if the chicken were more moist on the inside. The bento also came served with 2 pieces of deep-fried gyoza. They were super crunchy and the filling was very juicy (albeit not overly flavourful).

The tempura (prawn and yam) were coated in a fairly thick batter but this proved to embark a nice crunch to them while still maintaining an overall light flavour. What’s difficult to see in the pic is the edamame that’s hiding underneath the tempura sauce as well as the small apple wedge in the corner.

While a bit pricey, there’s no shortage of food in this special and you get to try out a number of different items. Overall, there’s some fairly good eats here.