Oka-San Kitchen is a newish Japanese/Hawaiian fusion restaurant that opened up recently on Fraser Street. I visited in late November when they had been opened for approximately 2 months so some of the items may be different from what they’re currently serving.

The interior is pleasant enough with light jazzy mood music piped in and exposed concrete floors and ceilings. On one wall is a large menu showcasing their home-cooked offerings which appeared to be a fusion of Japanese and Hawaiian style items. They even had a dispenser of lemon water like we found in the hotels in Waikiki. 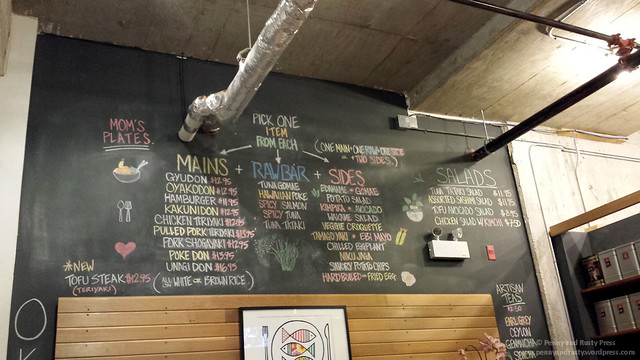 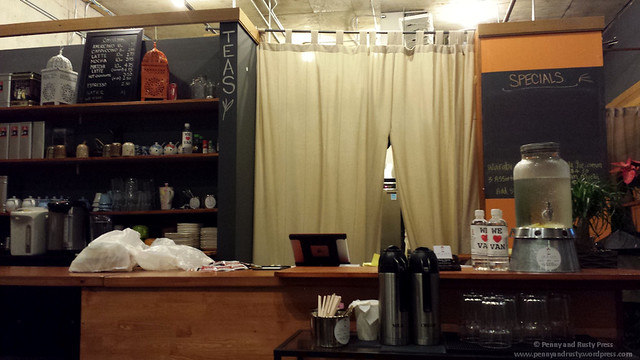 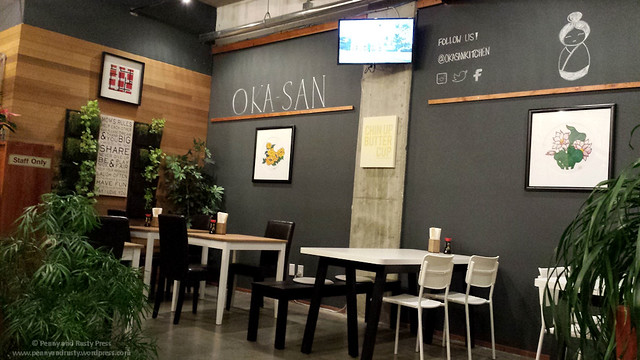 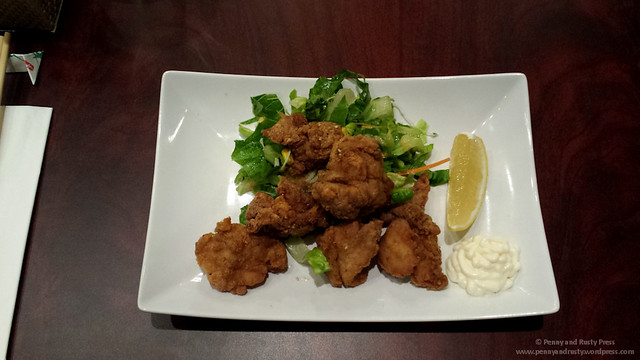 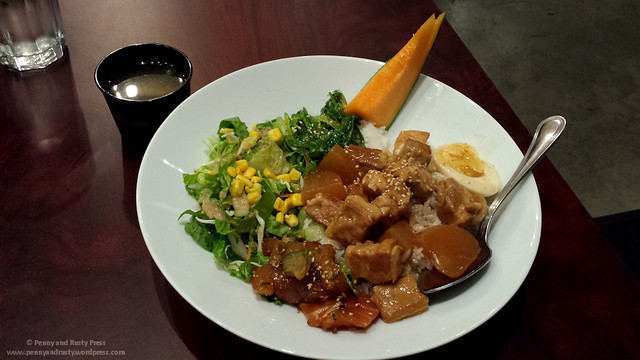 The chicken karaage had a tantalizing aroma when it arrived at my table. It came with six pieces of juicy, boneless chicken thigh meat encased in a thin, crunchy coating. 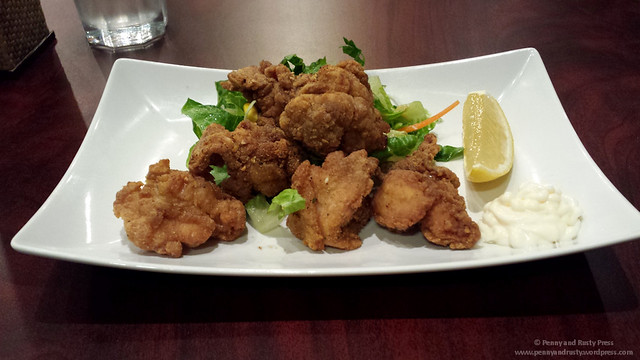 For the Momma’s Plate, you pick one main + 1 raw and + 1 side. I opted for the Kakunidon ($12.95) with braised, cubed pork belly plus the Hawaiian Poke and the Wakame Salad. They put everything into one big bowl so you have to be careful in picking your items because somethings just don’t go well with the others.

The pork was superbly tender and simply melted in my mouth. It was served with stewed daikon radish as well. The poke was a mix of raw tuna and salmon (my guess is that they’re regular sashimi cuts) and had a hint of spiciness. I thought that they were really good and had a nice shoyu flavour and smooth, umami-like finish on my tongue. 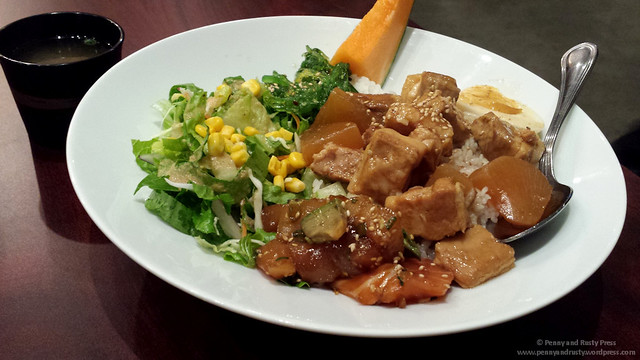 I decided to try their special dessert which was Warabi Mochi with vanilla ice cream ($4.50). This is not as sticky or tacky as frozen mochi ice cream. It was more like a lighter, jelly-like texture and very refreshing… this would be really good during summertime. 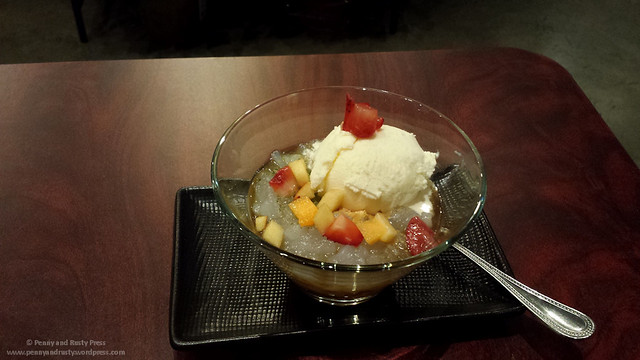 I liked the food so much that I also grabbed some items to go. I ordered another round of the poke ($6.95), which isn’t exactly a large portion size on it’s own. I also ordered the Salmon Skin roll ($3.95). I didn’t really enjoy their version of the BC Roll – perhaps sushi really isn’t their specialty. 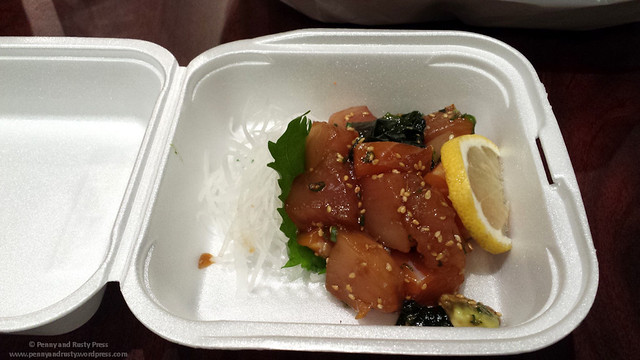 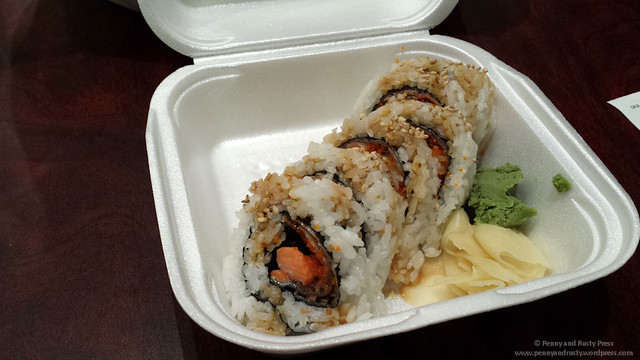 Overall, I was quite pleased with how tender the pork belly was in the kakunidon and thought their version of poke was pretty good… not as good as what we had in Waikiki, but pretty good for Vancouver and better than what we tried at Shishinori.