Vancouver Fish Company is a restaurant located near the front of Granville Island that opened up about a year ago in the former spot of Whet Kitchen. On the inside, it doesn’t look like they’ve done much redecorating as it has the same vibe of wood tables and black booths.

We started our lunch with some refreshing freshly-made lemonade. 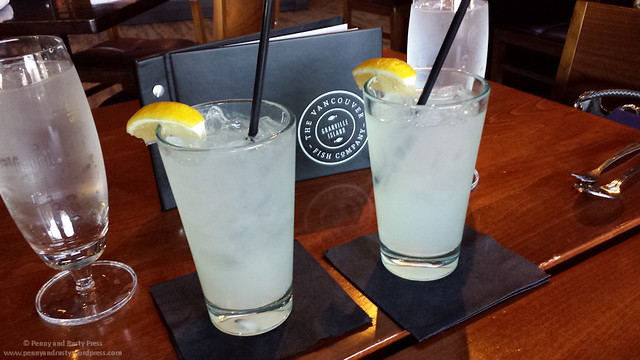 We followed that up with a half-and-half order of Light House (from the east coast of Vancouver Island) and Royal Miyagi Oysters (the larger of the two varieties). 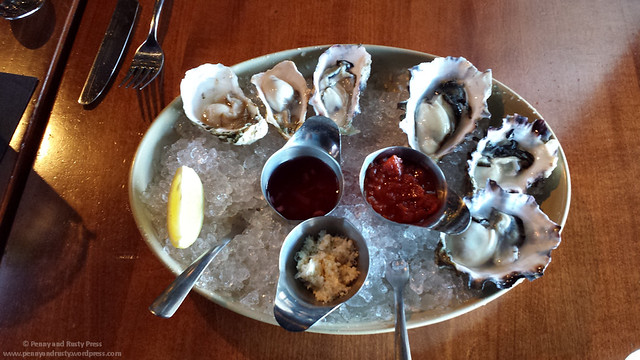 The VFC Clam Chowder ($8.99) was chunky and had large potato wedges in it. While being quite creamy, it’s not the most flavourful clam chowder that we’ve had in Vancouver. 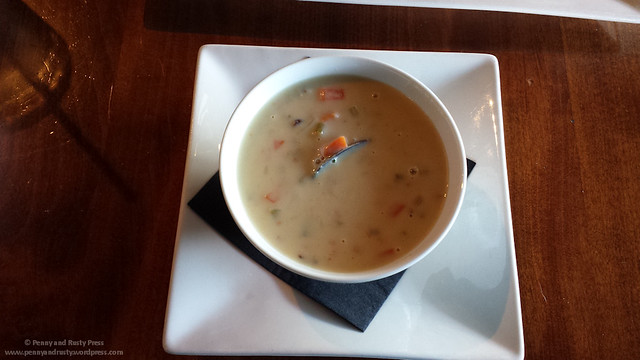 The Rock Fish Tacos ($16.99) included seared rockfish, cabbage slaw, jalepeño corn salsa, pickled red onions, and avocado crema. Honestly, the tacos were just meh as the rockfish lacked any texture and this could have used a spicy kick to it to flavour it up. 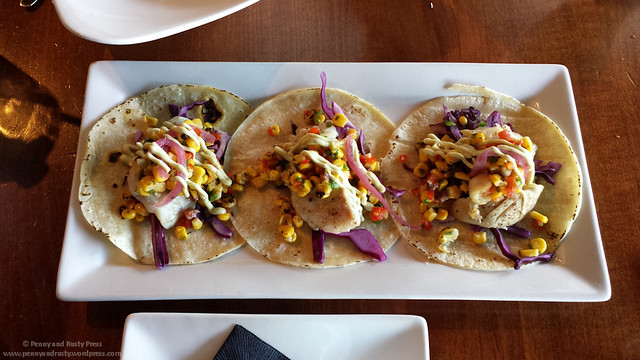 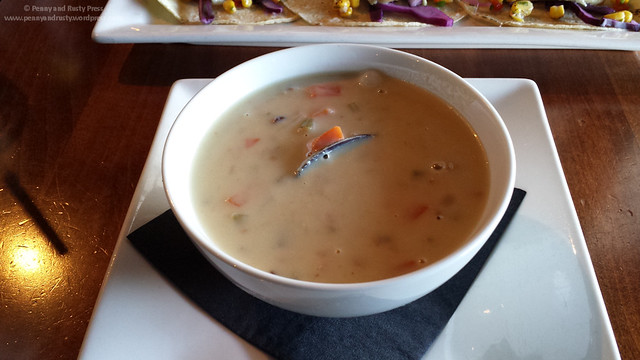 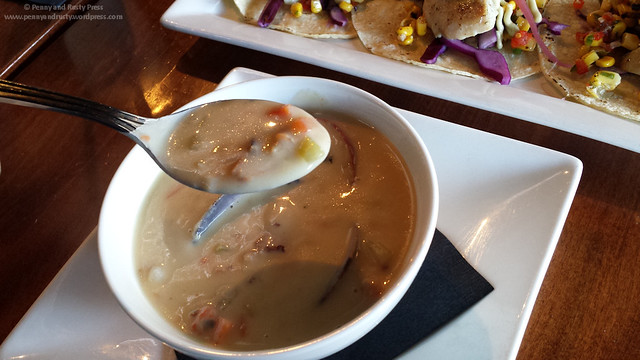 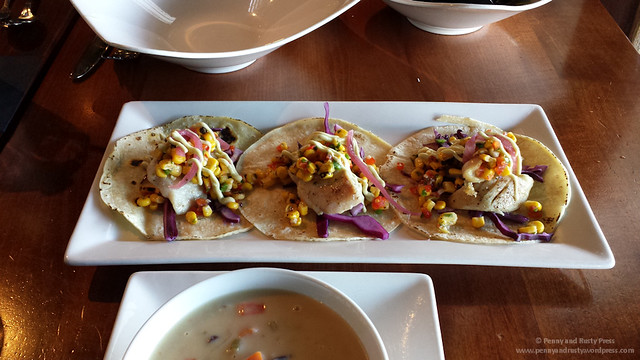 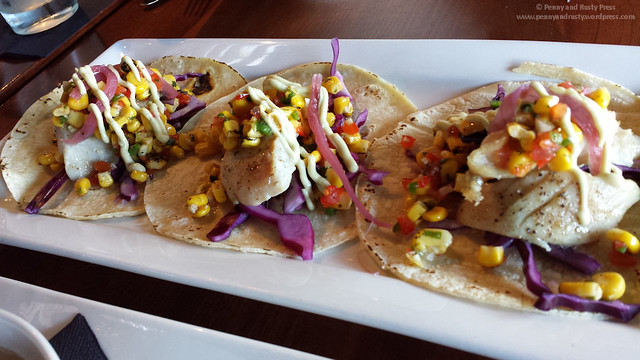 The best dish that we tried here was the Mussels ($19.99). The Salt Spring Island mussels were massively plump and it came with large chunks of spicy, housemade chorizo in a creamy leek broth. 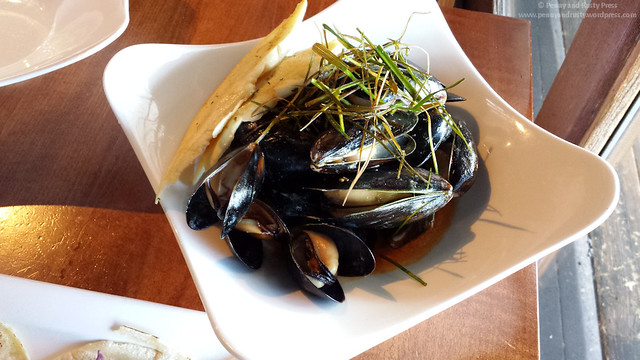