Rocket Donuts (Bellingham) – Out of this World

So, who knew there was a downtown Bellingham? Well, I guess the people that live there I suppose. But as a visiting Canadian, my knowledge of Bellingham was generally limited to Bellis Fair Mall and the pit stop when heading further south down the I-5.

As it turns out, Bellingham is also the home of Rocket Donuts, about a ten minute drive south of Bellis Fair. When we drove down in December, we discovered that they were doing renos so we didn’t get to enjoy the full experience of their sci-fi themed store. They did, however, still have their iconic rocketship outside their shop. 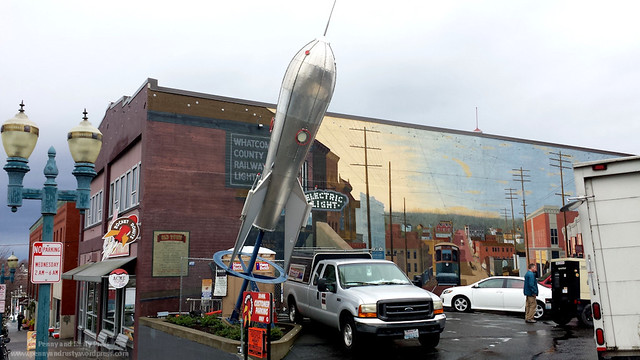 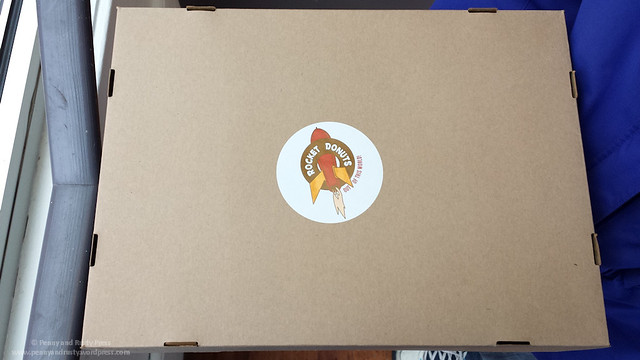 We grabbed half a dozen donuts including a lightly glazed french cruller, a cream-filled long john that had a pillowy texture but could have used more cream filling, a chocolate old fashioned cake donut which was superbly chocolately (just the way it should be), a Nutella-filled cronut that didn’t seem as texturally complex as other cronuts that I’ve had before (but you can’t go wrong with Nutella), a square-shaped, egg nog-filled donut, and an apple fritter. The apple fritter was really good and had a sweet crunch to the outside shell before getting into the soft centre. 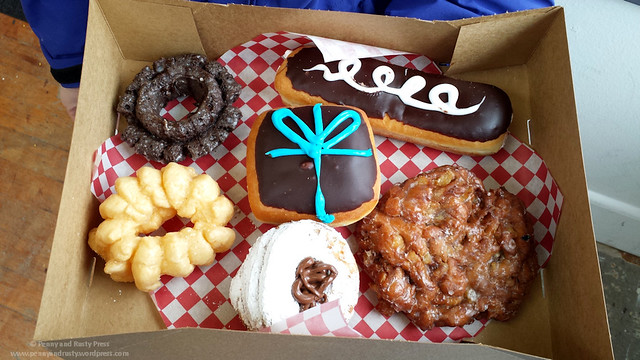 We came back here at the end of January and their renos were all complete. We were a bit disappointed that they didn’t have a big selection of donuts this time around and had to settle on a couple of crullers, an apple fritter, chocolate old fashioned, classic pink iced with sprinkles and a maple bacon long john. That maple bacon long john was soooo good! 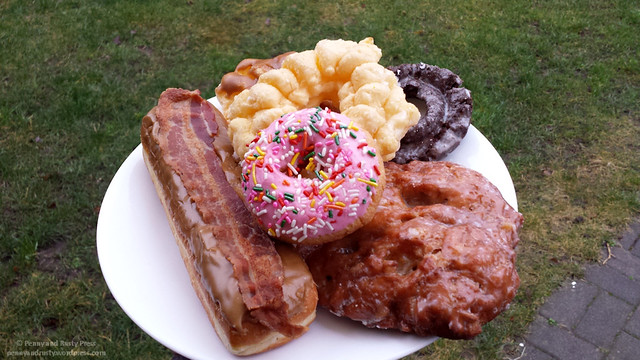 Well worth the stop over if you’re around the area.