The interior looks like your typical sushi place with mahogany-coloured tables and dark faux leather chairs. There are sectioned-off rooms along one wall while the rest of the interior is filled with regular tables.

I started off my mid-weed lunch with the Appetizer Sashimi ($8.95) which included wild sockeye salmon and tuna. The sashimi was served at the appropriate temperature and they had a nice, clean and firm texture while still being soft and buttery. 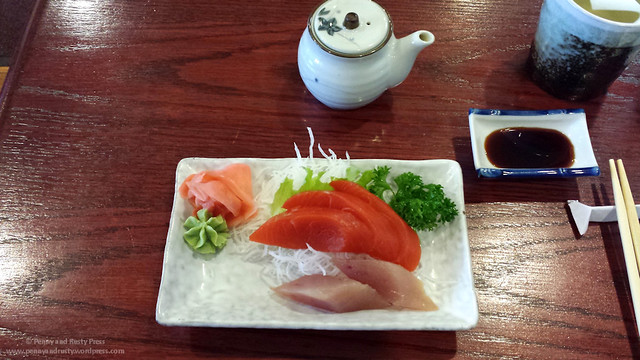 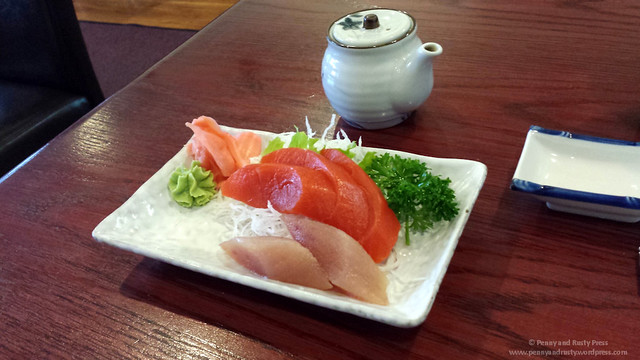 I also ordered some sushi to round out my meal. First off, the BC Roll ($3.95) was a little disappointing. It wasn’t as good as the one that I had at Umami Sushi in nearby Cloverdale Crossing. I found that the roll itself had very large pieces and the cucumber-to-skin ratio was too high. Although there were three single layers of salmon skin, they weren’t crispy. I found that by removing some of the cucumber pieces in the roll (there were 2 large layers of cucumber strips) as well as some of the rice, the roll was better.

The Unagi, Toro, and Spicy Scallop ($2.50 each) were okay. While the toro was pretty buttery soft, the piece of toro was rather thin. The unagi wasn’t buttery enough and I was a little surprised that the spicy scallop nigiri was made up of crispy scallops that were topped with some spicy sauce. 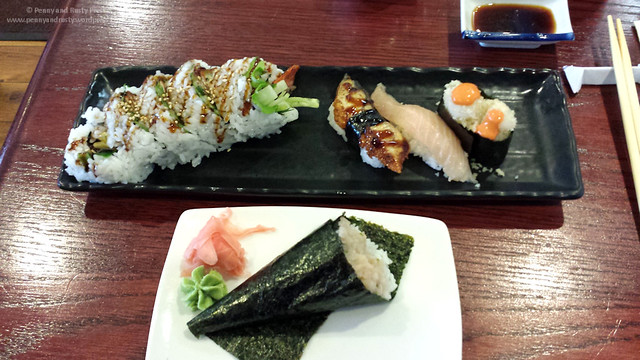 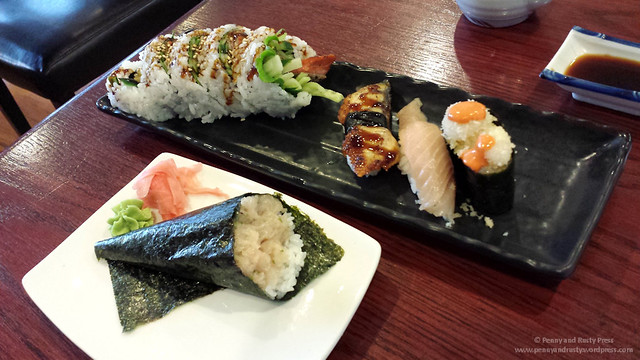 The Negitoro Cone ($5.50) needed some more green onions but the tuna did have a good taste to it and I appreciate that the filling went all the way down the length of the cone.

Afterwards, they brought by some complimentary fruit. I liked that they partially sliced the rinds to make it easier to eat the fruit. 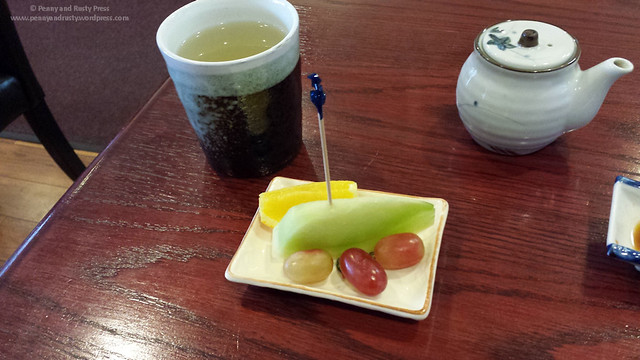 Overall, the food ranged from average to above-average with the sashimi being the stand-out in this meal.