Back in December, I visited Freebird Chicken Shack which is the latest offering from Chef Angus An’s family of restaurants. While I’ve never been to Fat Mao Noodles before, I am a fan of both Maenam and Longtail Kitchen, so I had high hopes for Freebird.

Freebird, like Longtail Kitchen, is located in River Market at the New West Quay. They offer a very minimalistic menu offering where they focus on asian-style rotisserie chicken. Needless to say, if you’re not into chicken… this probably isn’t the place for you.

The first thing that I noticed when I got close to their shack was the smell of rotisserie chicken and sauces. There’s a small counter where you can watch them plating the food while you eat. Otherwise, there are also tables in the River Market that you can sit at as well. 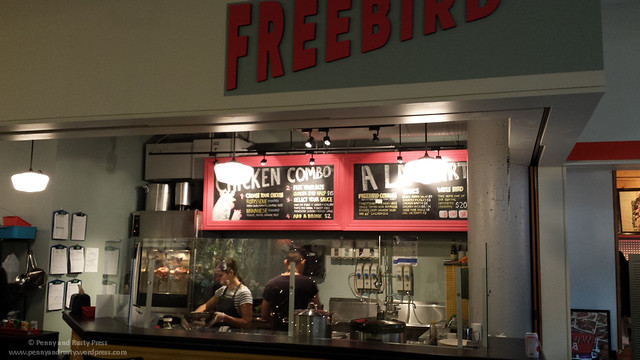 I bought a couple of the Quarter Chicken Meals ($10 each) which comes with rice as well as your choice of sauces.

For the Rotisserie Chicken, I opted for the nahm jim sauce – which Chef Angus An’s restaurants are quite well known for. Interestingly, I found the nahm jim at Freebird tasted sweeter than the one I had at Maenam. 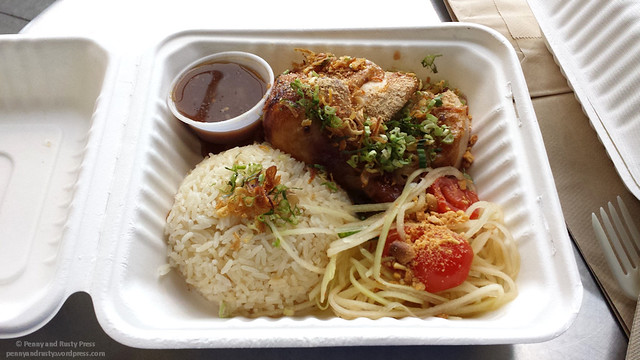 I found that the rotisserie chicken breast was kind of dry – although the sauce did help. There was also a good crunch from the papaya salad. 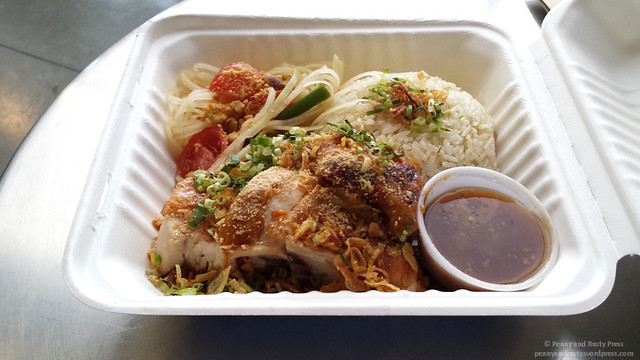 The Hainanese Chicken was definitely the better option as it was quite tender. I paired it with a ginger scallion sauce which really kicked it up a notch. The broth was a bit oily but it did go quite nicely with the rice. 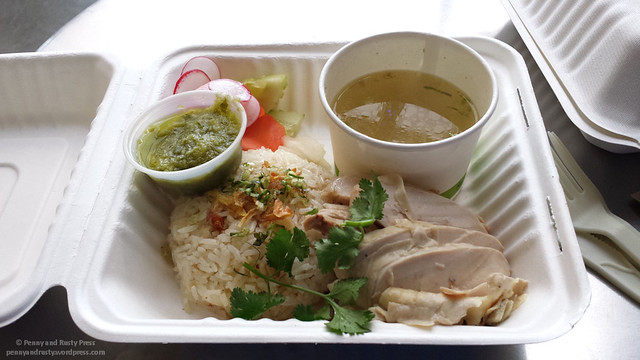 In terms of price, it’s about $20 for a whole roasted chicken… which seems a bit on the expensive side given how dry it was. I would definitely come back to have their Hainanese Chicken again and maybe try some of their other sauces. If you like their sauces, you can get extra sauce for an additional $1.