Sushi Well is the new name for Okonomi Sushi. I had previously visited their location on 6th Street in New Westminster, but I think that particular outlet has sinced closed. When I visited their Columbia & 4th Street location in early January (entrance is on 4th St), they still had their old name on the outside of the restaurant.

This restaurant is a bit different. Due to the hilly nature of the streets, you enter on the street level (next to the Skytrain station) but the restaurant is on the second floor and you have a nice view along Columbia Street. Along with regular tables and chairs, some seating along the windows have sofas. Unlike some other restaurants, the tables are spaciously set apart and there’s plenty of room here. 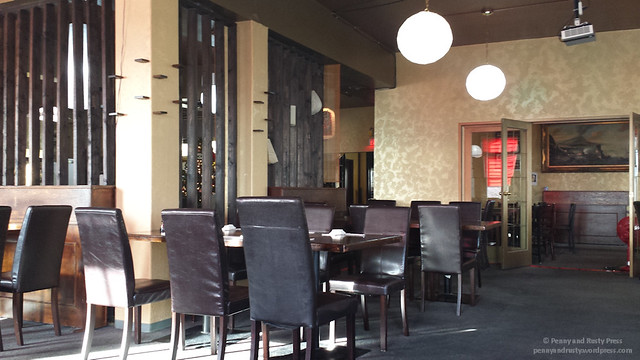 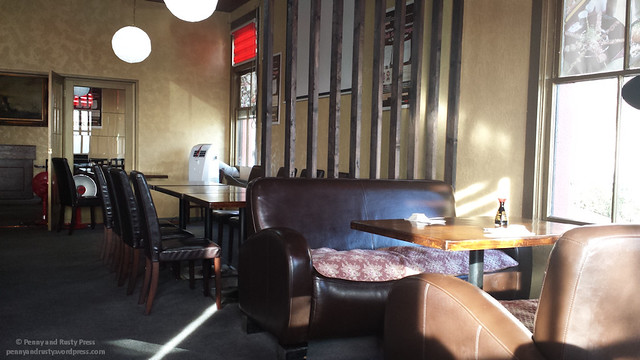 Perhaps due to the physical size of the restaurant, service was quite slow and I didn’t get my menu for the longest time. Eventually, I was able to order and my food finally came out. 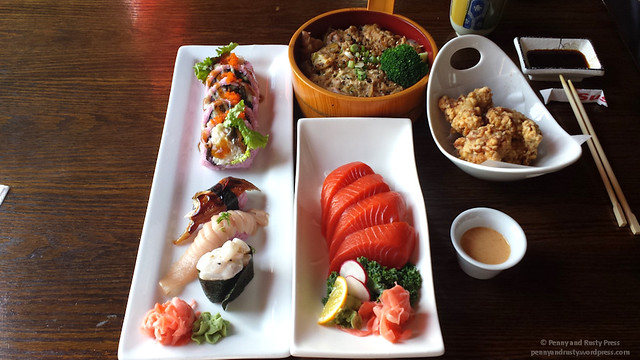 The Chicken Karaage ($4.95) was a good price for the amount of boneless chicken pieces in the dish. Some pieces seemed to have thicker batter while others had a thinner coat of batter. The inside was not super moist but it was not dry either.

The Wild Salmon Sashimi ($7.35) turned out to be 4 relatively thick slices of bright red salmon. While not frozen, I found that the middle of each slice was on the cooler side… probably due to the thickness of the cut. 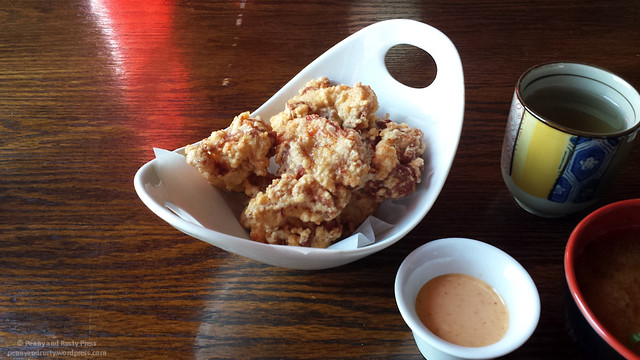 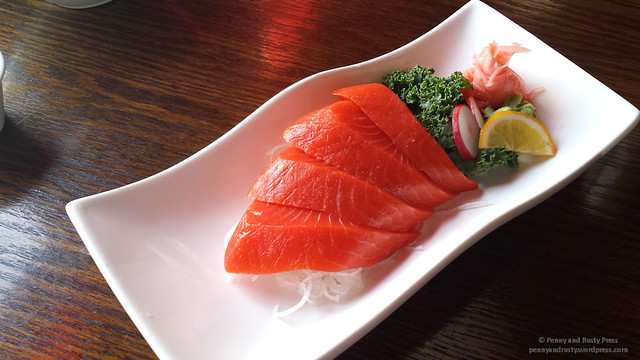 The Chopped Scallop, Toro, and Unagi nigiri ($2.35, $1.65, $2.35 each) were served on the same plate as my BC Roll ($4.75).. all of which were made with Sushi Well’s signature pink rice. All three pieces of nigiri were pretty good – the chopped scallop was creamy in texture, the long piece of fatty toro was satisfying, and the unagi was buttery smooth. 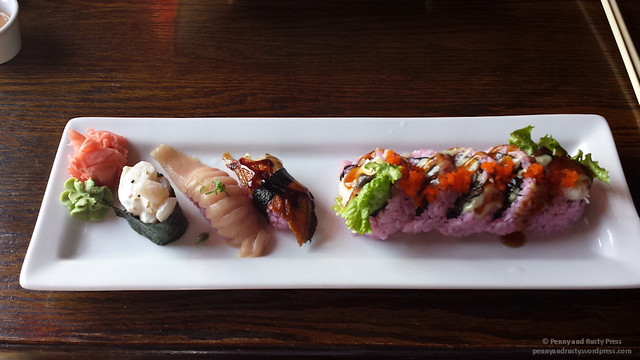 The BC Roll wasn’t exactly what I was expecting. Usually, I think of this as more of a salmon skin roll. But at Sushi Well, the BC Roll is much larger and has imitation crab topped with tobiko. It’s actually quite good and like the demon offspring of a California and BC roll put together. 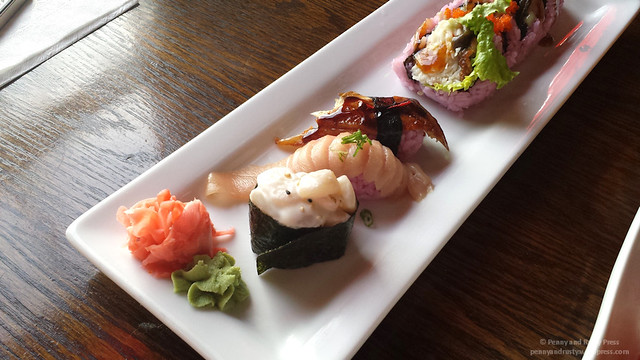 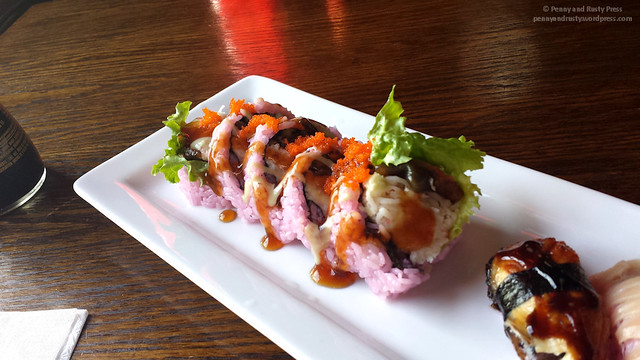 The Oyako Don ($8.95) also came with pink rice (along with glass noodles). I found that the chicken was tender as well as saucy. 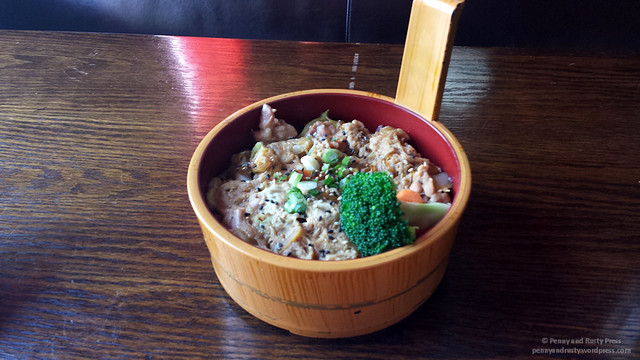 Last up is the Sushi Well Hako Oishi ($10.95) – their version of a pressed sushi roll with salmon and shaped like cubes. Although the sauce was creamy, I found that they used too much rice. 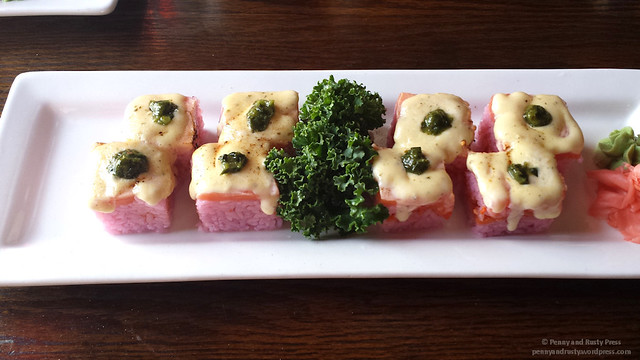 Overall, there’s some good and some bad here. The pink rice seems more of a novelty than anything else (although they claim that it has health benefits).