We’ve been to Green Basil a number of times in the past but haven’t been back for quite some time. There’s a decidedly surprising lack of good Thai restaurants around Metrotown so we figured we’d come back and see if Green Basil had changed at all.

We ordered from their lunch special menu which included vegetarian spring rolls and soup. Honestly, the soup was just meh… very little flavour. 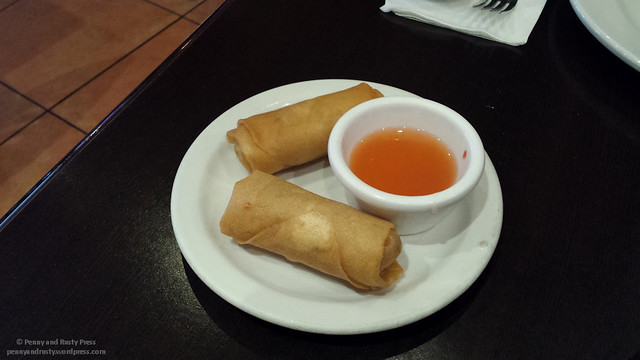 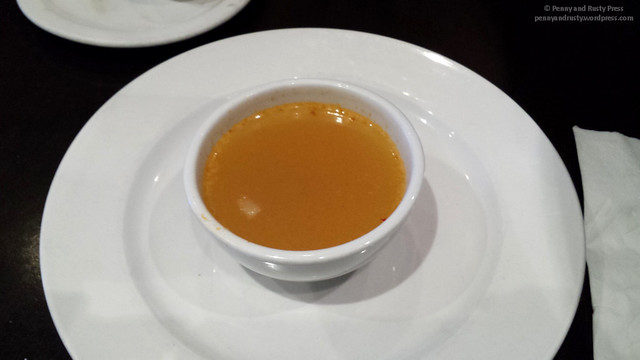 We also ordered some Chicken Satay ($10.95). I thought that the thick peanut sauce was pretty good. 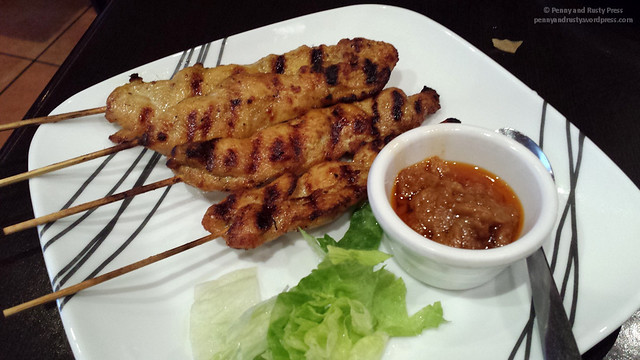 Looking back at it now, we probably should have ordered something other than the Chicken and Peanut Sauce with Lettuce and Spinach ($9.95) since it was very much like the chicken satay that we ordered. There was very little spinach – it was mostly lettuce instead. The peanut sauce seemed to be the same peanut sauce that they used with the satay so, overall, a bit redundant. 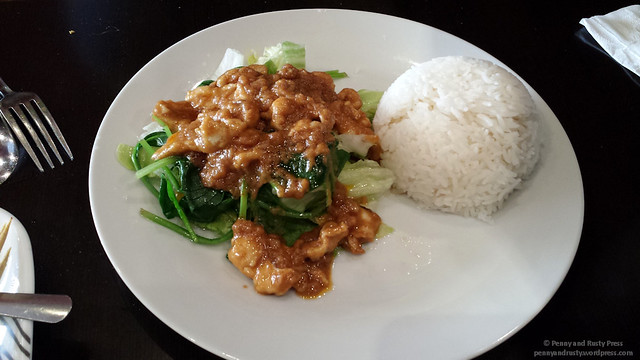 The Coconut Prawns ($11.95) looked to be promising. It’s served in a coconut shell with red curry sauce and sliced coconut. There were about 4 prawns and they were a bit overcooked. The sliced coconut was sliced a bit too thick and I found the texture to be too crunchy instead of tender. Overall, the red curry did have an ok level of heat to it. The Thai House does a much better version with fresh sliced young coconut that just melts on your tongue… as does Jitlada Thai. 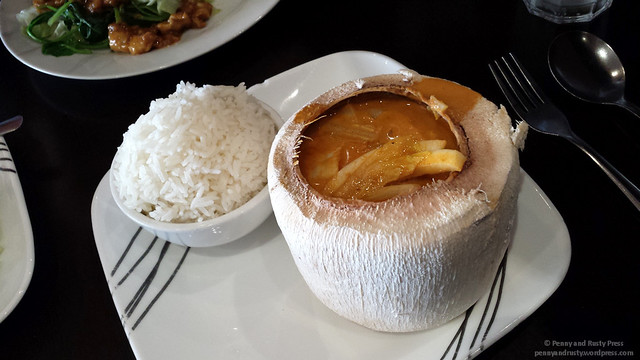 Overall, the food is passable in a crunch… but there’s much better Thai found around Vancouver.