Dinesty Dumpling House recently opened last December across from Metrotown… which is a good thing because there’s a lack of good XLB places in the neighbourhood. Sure, there’s Xu’s in Crystal Mall (which has some of the better XLBs around) – but who wants to fight through that crazy Crystal Mall parkade?

We’ve been to the Dinesty in Richport Town Centre in Richmond and found that most of their food is pretty good and their decor is on the more modern side. This new location in Burnaby has a rather large and boxy interior with mirrors in the coffered ceiling. 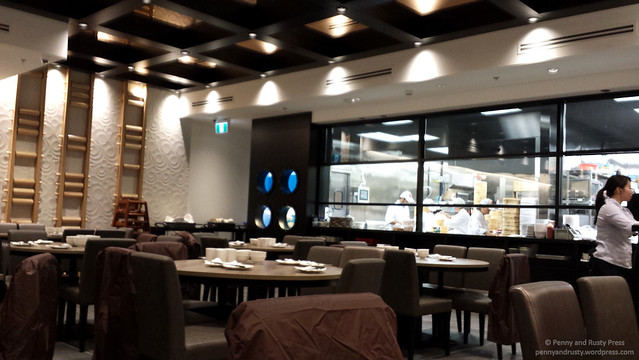 I came here one night for dinner and think I might have wound up ordering too much for one person. 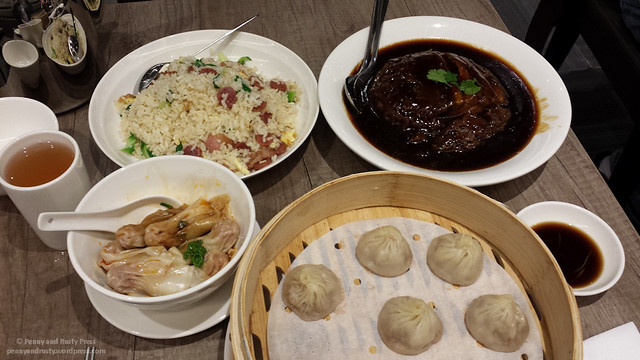 The main reason to come here is to try their Steamed Pork Soup Dumplings ($7.50). In their menu, they actually have instructions that tell the uninitiated in how to properly pick them up with chopsticks to eat. I find that their XLB are on the small size (small enough to be bite-size) but they give you eight in each order. The wrapper was thin enough and, even though there wasn’t a huge amount of soup in each dumpling, they were still pretty good. 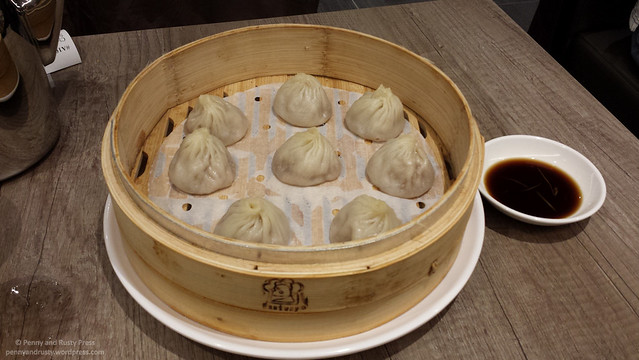 The Stewed Pork Belly with Preserved Veggies ($11.95) was covered in an intensely dark sauce and there were lots of preserved veggies. 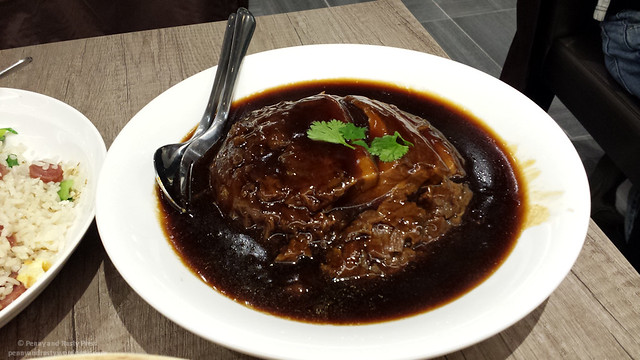 The five slices of fatty pork belly were super tender… wish there were more though. 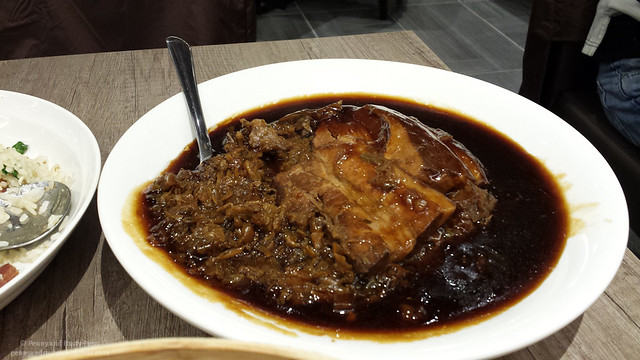 Of course, the mui choy kau yuk has to be eaten with rice so I ordered the Fried Rice with Vegetables, Salted Pork and Chinese Sausage. 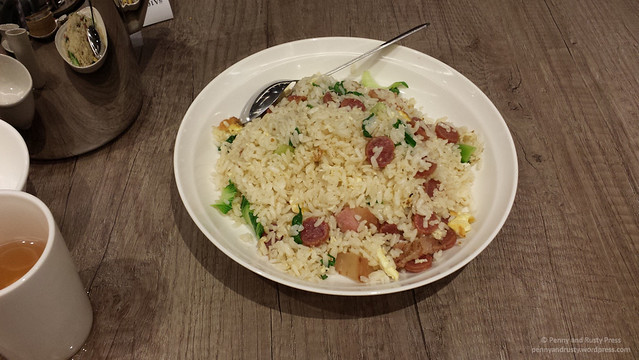 I found that the Wonton with Sour Chili Sauce ($6.50) were on the small side but pretty good. 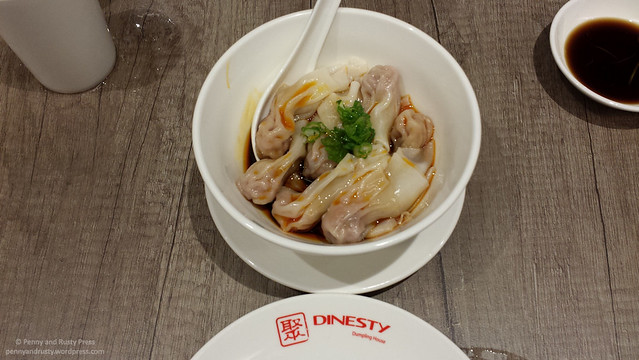 Strangely enough, I didn’t think the sauce was very sour or hot. 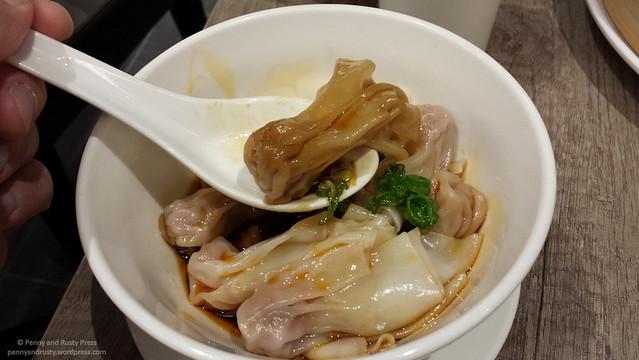 I wound up coming back here for lunch and tried their Shredded Chicken ($8.95). This dish was really meaty and could have used some crunchy wonton wrappers and some more jellyfish. Unlike some other restaurants, it appeared as if the chicken was cut into strips as opposed to being hand-shredded. 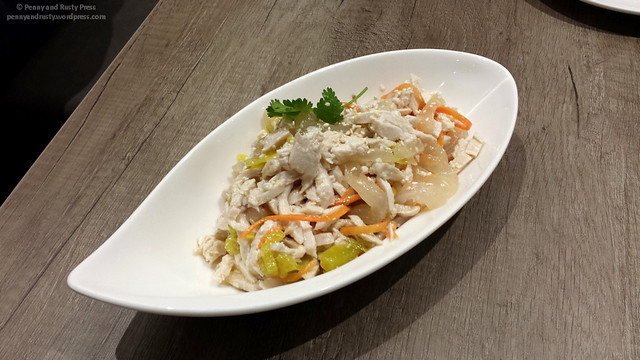 The Pan-Fried Marinated Beef Wrap ($6.50) had a nice crisp exterior to the pancake. Unlike our other appetizer, this could have used a bit more meat inside the wrapper. 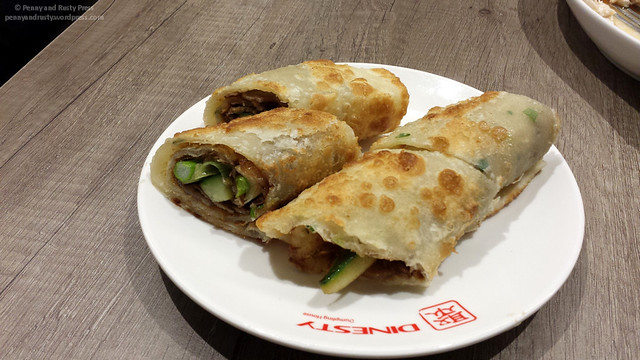 Had to have the xiao long bao again, of course. 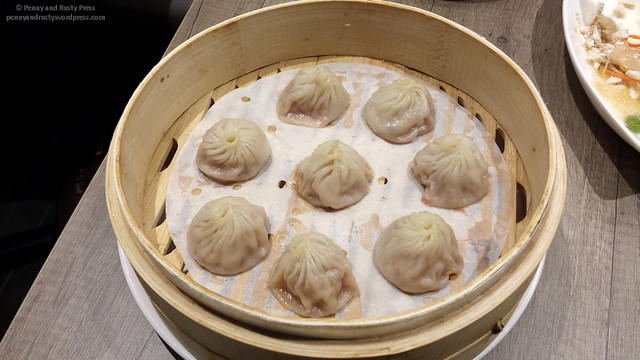 And to close out our meal, we ordered the Shredded Pork with Hoisin Pancakes ($14.95). Underneath the shredded pork was green chives and cucumbers. They really needed more wrappers for this dish as they only gave us 6. It could have also used some more hoisin sauce on the side for my liking. 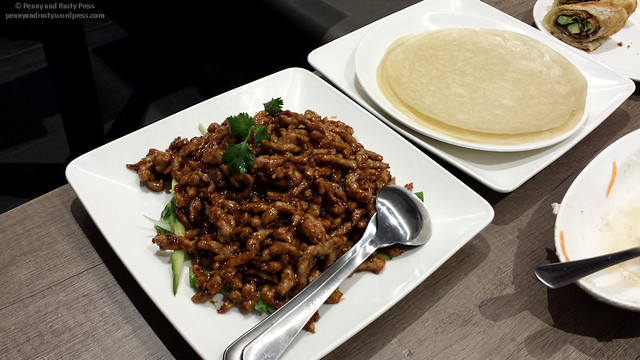 Overall, I’m pretty pleased that they’ve opened up this location as it’s more convenient for us.