If you haven’t figured it out by now… I’m a breakfast person. First breakfast, second breakfast, brunch, elevensies, dim sum,… you name it… I’m there. Which is why I’ve always enjoyed dining at Cora.

The thing that always stood out to me when dining at Cora is their use of fresh fruit in many of their breakfast fare. While I’ve never visited their Coquitlam location before, I found it fairly easily in the Sunwood Square mini mall. 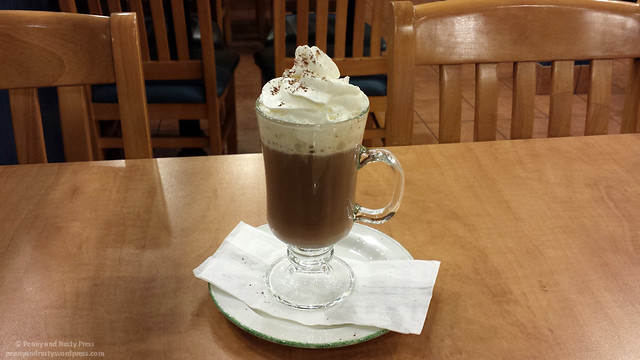 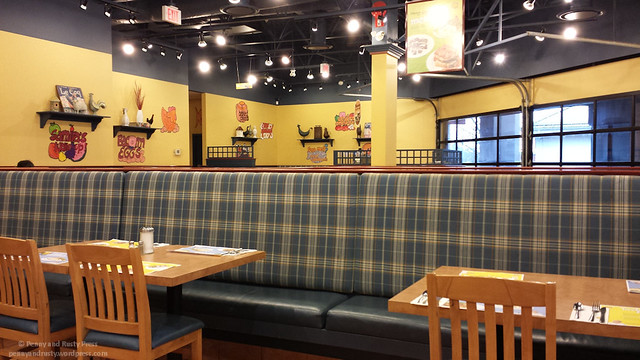 I started out my breakfast with their Hot Chocolate ($2.95), topped with whipped cream, of course. Next up was Cora’s Special ($12.75). It doesn’t have as much fruit as the 1990’s Harvest (not sure if they still serve that), but it’s still pretty good. It comes with 2 eggs, bacon, ham, sausage, pancakes, and roasted potatoes served with your choice of toast. I picked rye… because that seems to be my go-to lately. It came pre-buttered and was super fresh. I thought the ham was a bit salty but I enjoyed the 4 thin strips of bacon and the runny yolks (although the eggs could have used a bit more browning around the edges as the eggs were just ever so slightly undercooked). I also really enjoyed the potato wedges as they had a nice crunchy bark on one side of the wedge while still being soft on the inside. 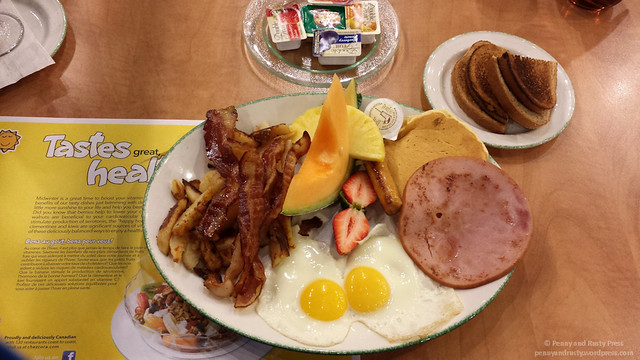 This location had quite a large dining area and the staff were friendly. The only thing that I would recommend is to keep in mind that, just because there’s fruit on your plate, it doesn’t necessarily mean the dish is healthy. Some of the breakfasts at Cora looks like they really pack in the calories.