It wasn’t very long ago that there were fears that the quaint little market/café known as Le Marché was going to have to close down due to some complaints by neighbours.

As it turned out, the popular grocery store/eatery, similar to Finch’s Market in Chinatown, was able to remain open due to a big online push from concerned customers that prompted the City to quickly respond.

Le Marché is located on the NW corner of St. Georges Street and East 28th Avenue, in the middle of a mostly residential area. If you didn’t know it was here, you’d probably just pass right by it without knowing. 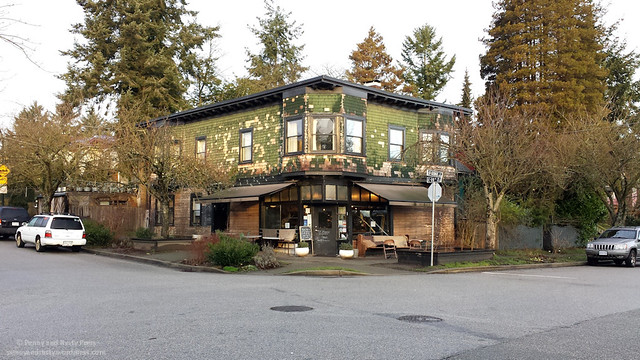 Inside, they have light jazzy music playing and the location seems to be quite popular with young families with small kids. For my early morning breakfast, I opted for a big mug of hot chocolate and an almond croissant. The croissant was flaky on the outside and pillowy soft on the inside with a sweet note as I finished it. 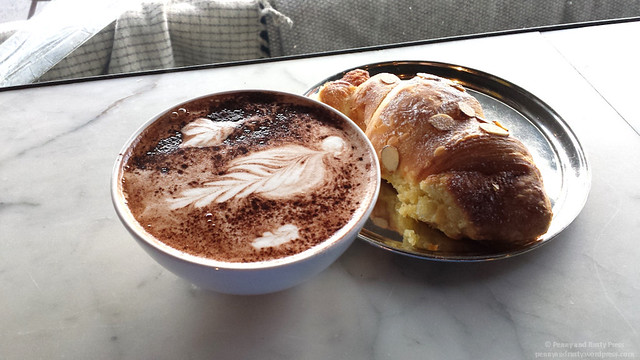 I also wanted to try one of their crêpes so I picked the ham and gruyère. This was a really good choice – the melted cheese was stringy and the crêpe was nice and thin. Yet the mix of ham and gruyère filling made this a filling breakfast meal. 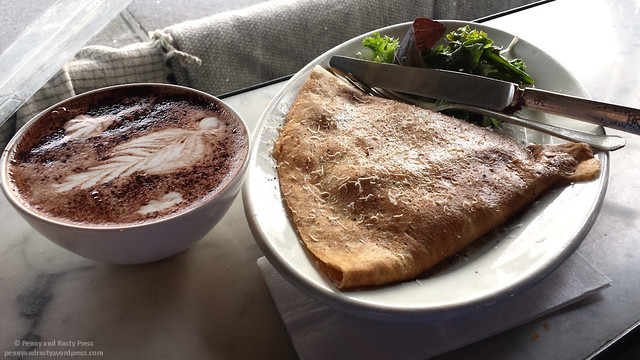 As for the hot chocolate, it wasn’t too chocolatey despite visuals to the contrary. Overall, I was pleased with my meal… not so much with all of the kids making a ruckus.