With no pre-knowledge of the place, I just went with my gut and ordered a couple of dishes that sounded good… the Lemongrass Beef with Fried Egg on Rice ($9.15) as well as the Thai Chicken Satay ($5.75) 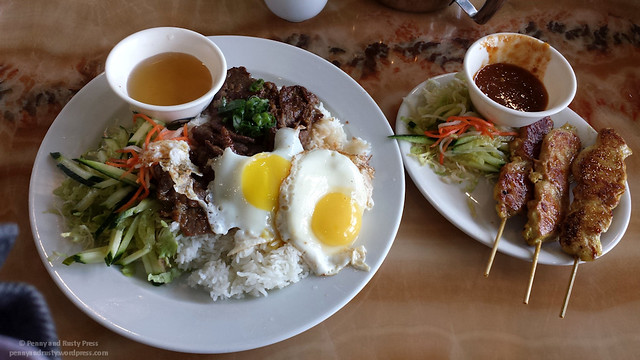 The chicken satay was really (I mean REALLY) good! Marinated in coconut milk and served with a satisfying peanut sauce, the chicken was unusually tender. 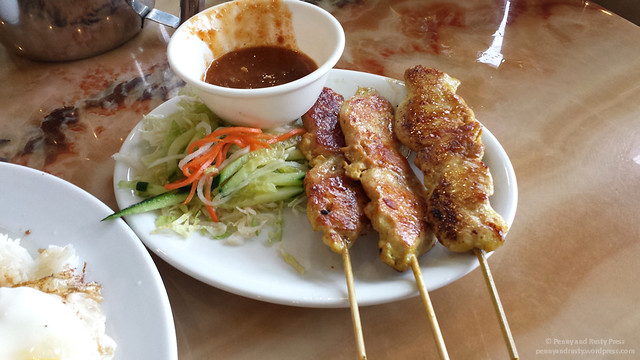 I found the lemongrass beef was pretty good… the thinly sliced beef didn’t have a lot of lemongrass flavour but it was nonetheless a solid effort. I’m not sure if this dish normally comes with 2 fried eggs but I wasn’t complaining! Truth be told, I think they might have overcharged me (but maybe it was for the extra egg). 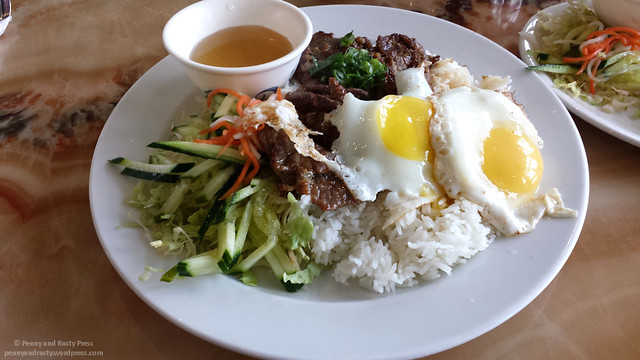 As it turned out, I tried to go to Naan Bites again the following week but it was still packed so I happily came back to Pho Express Angkor for a revisit.

This time, I felt I needed to try their pho. I picked their #17 Rare Beef, Tendon, Tripe, Beef Balls noodle soup ($8.50 for the large). It was indeed a large bowl of noodles! But I found the broth to be very light. I was disappointed by the toppings in this dish… there were small pieces of tripe, barely any tendon, and I’d be surprised if there was even a full beef ball in my bowl. There was an ample amount of noodles however. 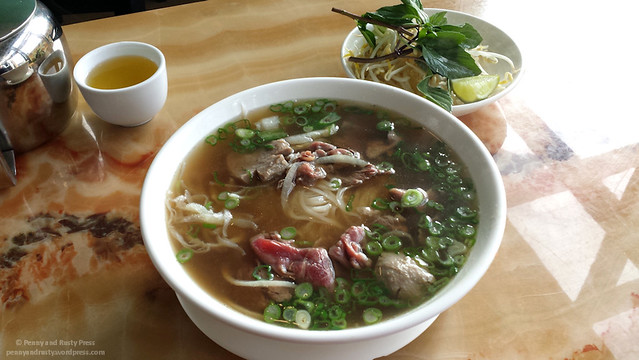 It was not a bad pho per se, but it was lacking in both flavour and toppings.

Overall, I would definitely come back for the satay but items are pretty hit-and-miss. The servers seemed to be working frantically on both of my visits and this place is cash only.