Naan Bites is a popular eatery in Queensborough Landing. I actually tried to come here twice but it was so busy on each visit that I wound up going to nearby Pho Express Angkor instead.

On my third attempt, I showed up around 11am (which is when they open). The aroma of curry is very noticeable outside the restaurant and had me super hangry. The interior is fairly small and only seats about 26 people. You order up at the counter and then try to find a seat. 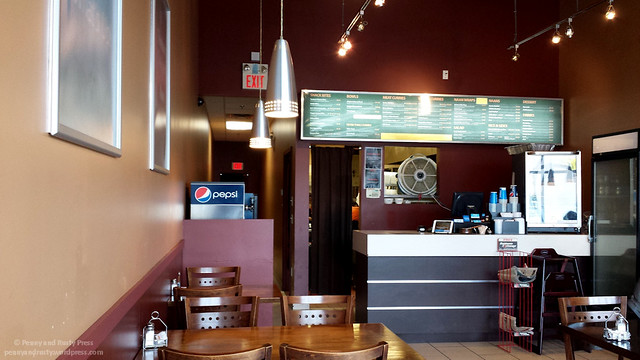 I ordered the large Lamb Rogan Josh with rice and naan. The naan was both light and airy but quite oily and not very puffy. It had a nice chewy texture to it once you bit into it though. 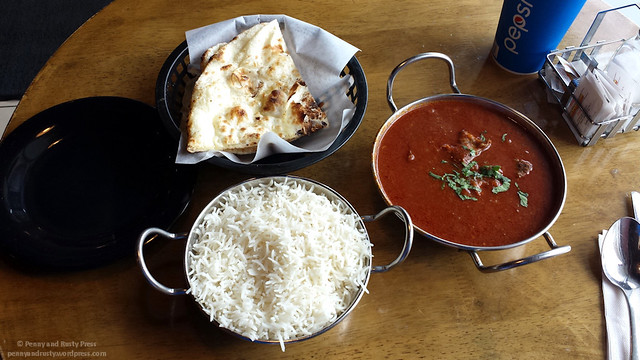 The lamb was quite tender and there was ample chunks of meat. The sauce (which had both onions and tomatoes) went well with both the naan and the rice but turned a bit watery near the end. 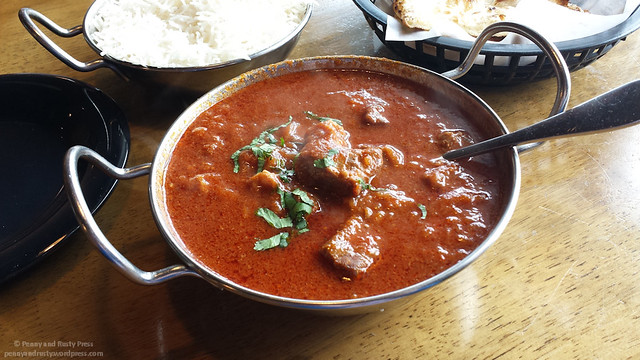 Overall, the food was pretty good… it’s no wonder why this place is so busy.