Okay, so everyone that’s been to Waikiki knows about ABC Stores… one, maybe two, on every block and chock full of things that most tourists are looking for including sundries and snacks. Well, Coco Cove doesn’t have as many locations (currently 2 in Waikiki) but it’s not just another ABC Store.

While Coco Cove does sell the usual touristy items (ie. chocolate covered macadamia nuts, hula skirts, and sunscreen), it’s the wide array of freshly made food and snacks that sets it apart. I feel like the most popular thing here is their vast selection of freshly made poke. Sure, the poke is made from previously frozen seafood, but it’s made fresh every day and sells out fast. 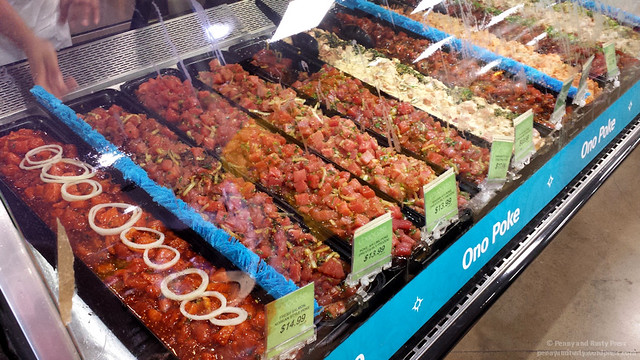 It may not be as good what you’d find at Ono Seafood, but it’s eminently more convenient since this location is right on Kalakaua Avenue. Plus, you can’t beat the selection that you can find here. 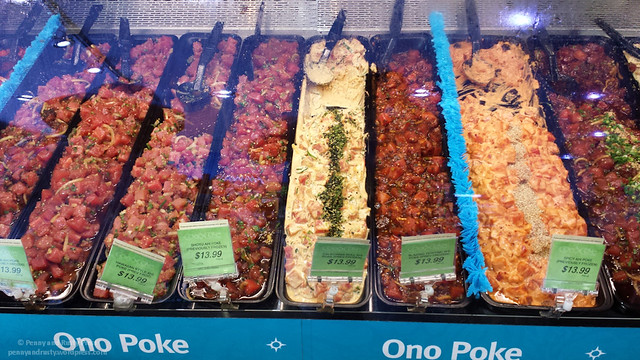 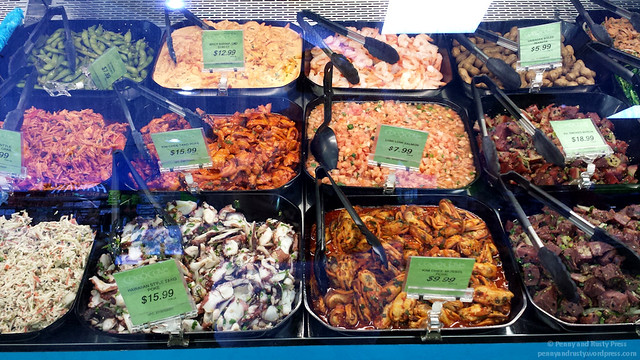 We wound up ordering half and half of the Shoyu Ahi Tuna and the Spicy Ahi Tuna ($11.99 with rice). The poke was a fairly good portion size and served on top of hot rice. I’ll admit that it tasted pretty good. 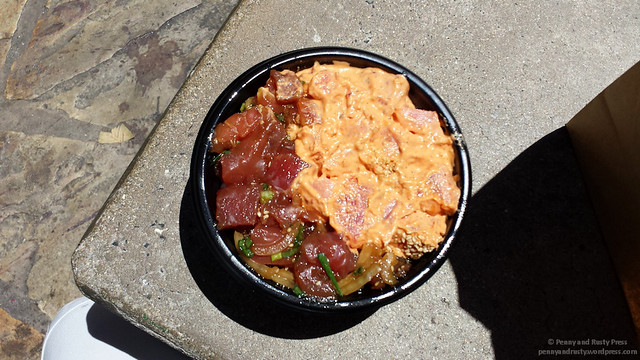 I actually preferred the spicy as it was dressed in a creamy sauce and went so well with the warm rice. And one of the benefits of this location is that you can buy a bowl of poke to-go and be enjoying it on the beach in a matter of minutes. 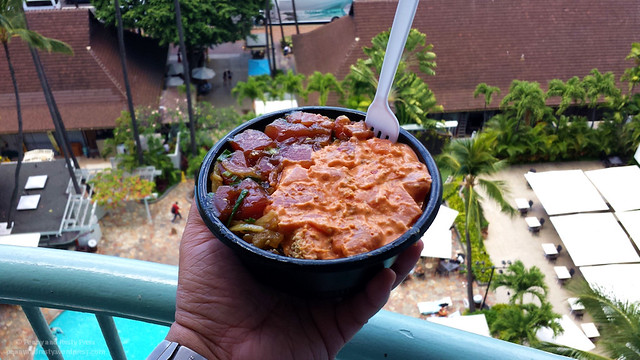 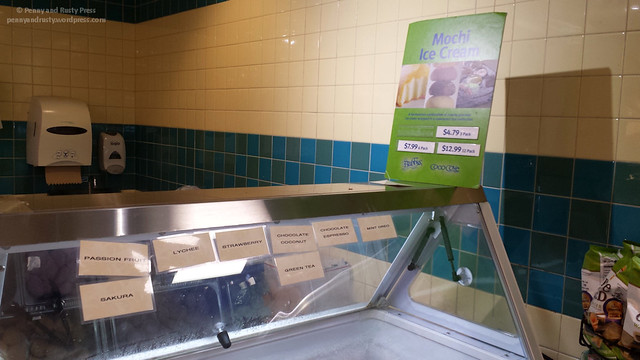 I love how many varieties that they have here (note: the signs didn’t match up to what was displayed in the freezer): passionfruit, lychee, strawberry, chocolate, mint oreo, sakura, green tea, red velvet, and blueberry to name a few. 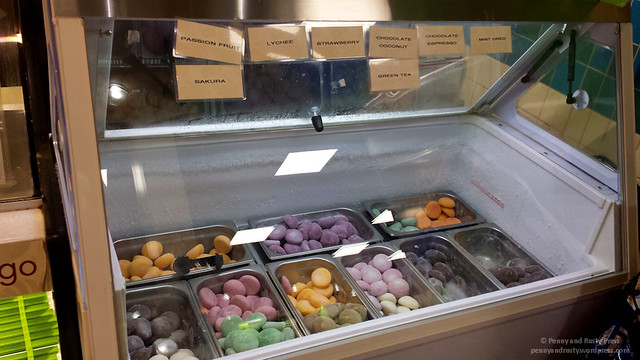 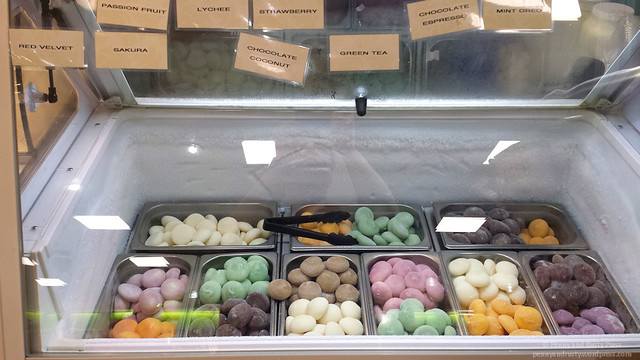 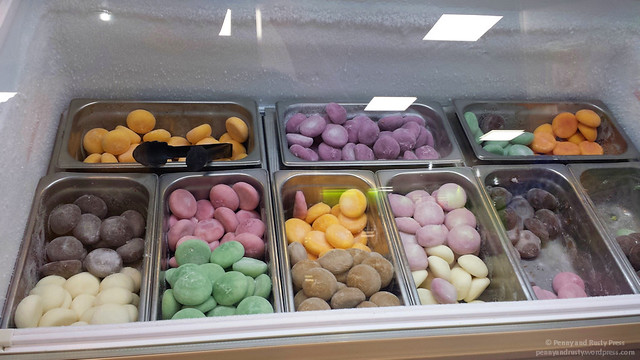 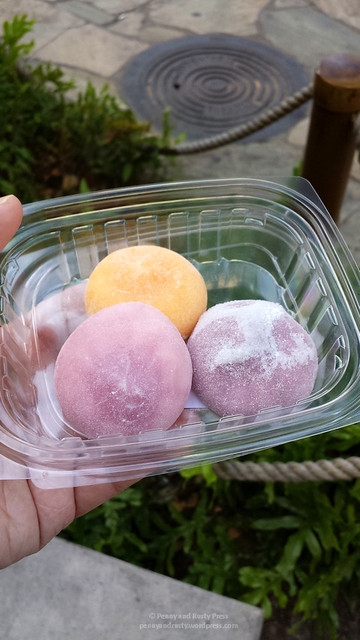 I picked up the Sakura, Passionfruit, and Blueberry. I’ve never heard of the sakura version before but I thought it was appropriate since it was early April and I was missing out on the cherry blossom festival back home. The sakura is light pink in colour and the mochi is flavoured with a fine cherry extract wrapped around vanilla ice cream.

The Lavender coloured mochi was wrapped around blueberry ice cream.

If I come back here, I’m going to order the 12 pack… these are so good! I wish I tried more but I was so full from all of the other food we had that day. They also have another location on Lewers but I’m not sure if that location has the same items.