The Pig and the Lady (Hawaii 2016) – Vietnamese Fare in Chinatown

Coming from a city like Vancouver, that has a very vibrant Asian community, we’ve never been impressed by the Chinatown districts of other cities. Sure, the Vancouver Chinatown has declined as well over the years, but it still seems larger and more impressive than other cities like Honolulu, which is about approximately 4 square blocks (depending on how you define the area).

There’s actually a lot of Vietnamese shops here, including our intended destination… The Pig and the Lady. “The Pig” refers to executive chef and owner, Andrew Le while “The Lady” refers to his mother, Mama Le. This family-run restaurant focuses on bringing the rich Vietnamese flavours to the people of Honolulu. 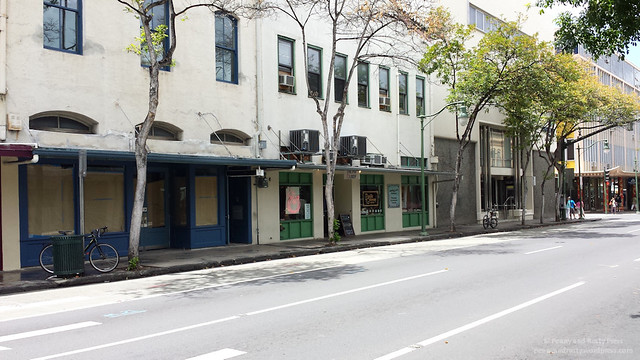 On the outside, the building is a bit nondescript and you would hardly expect to see the throngs of diners inside enjoying family meals. 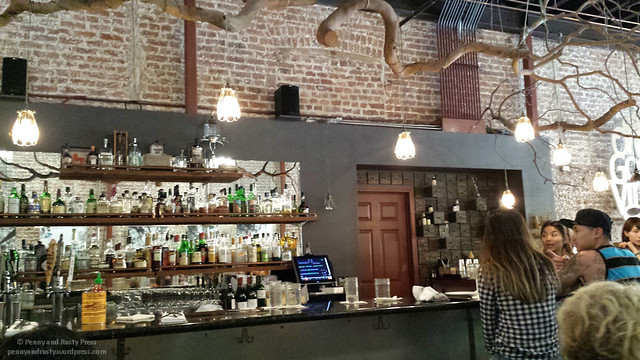 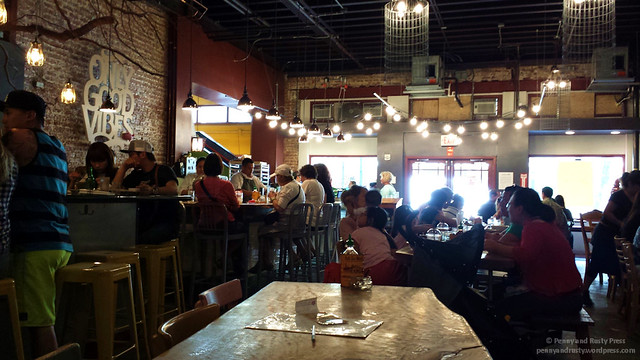 On the inside, the space is quite large and has high ceilings. We arrived around 1:30pm (their lunch service ends at 2pm) and managed to get a table without waiting but the restaurant was still fairly full. On the back of their menus, they have a picture of a pig snout so if you hold the menu in front of your face, it will look like you’re a pig (there may be pictures of us posing with them but I’ll deny it). 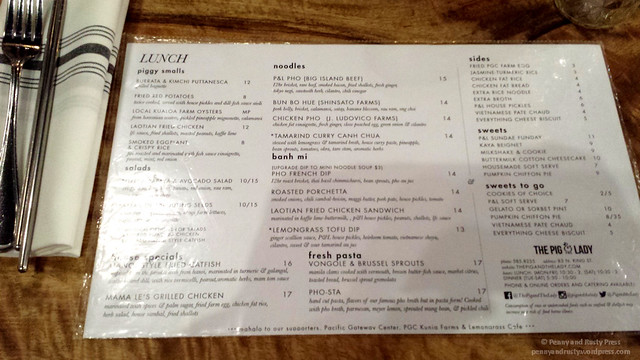 Like many Asian cultures, food is best shared “family-style” so we wound up ordering a bunch of different things… including my Chanh Muoi Soda ($4) which is a salted lemonade soda. It was an interesting drink as there was the slight salty taste at the end of each sip. 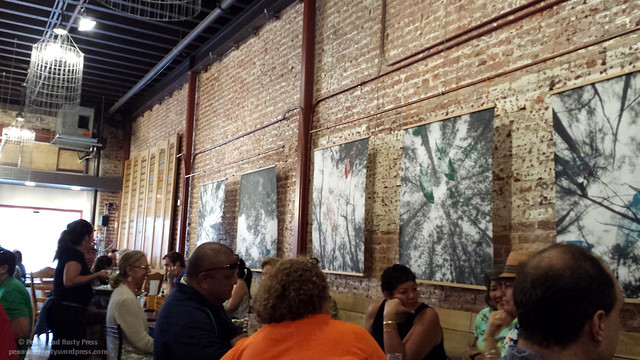 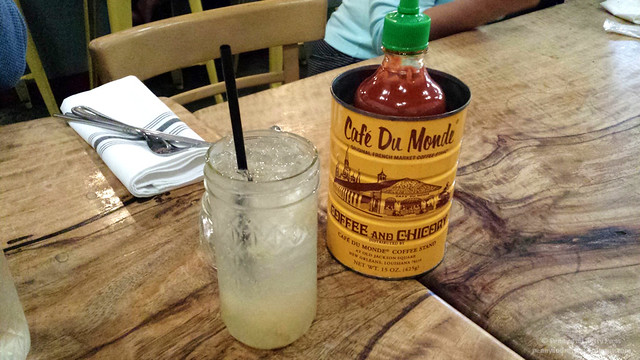 The Laotian Fried Chicken ($12) is an appy bowl of 4 chicken wings (with tips) made with pickled chili, fried shallots, roasted peanuts and kaffir lime. The wings were nice and crispy on the exterior and the kaffir lime imparted a strong fragrance to each bite. 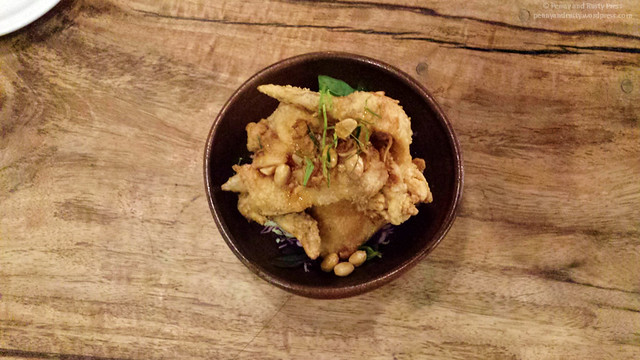 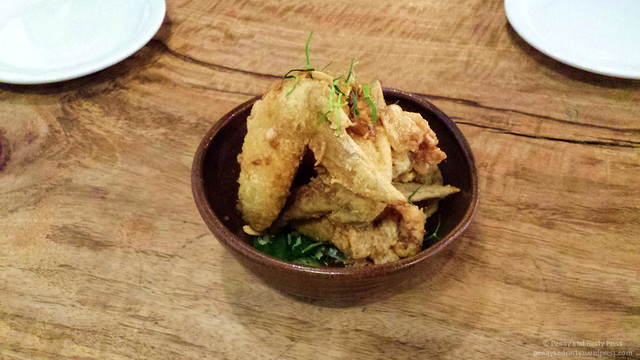 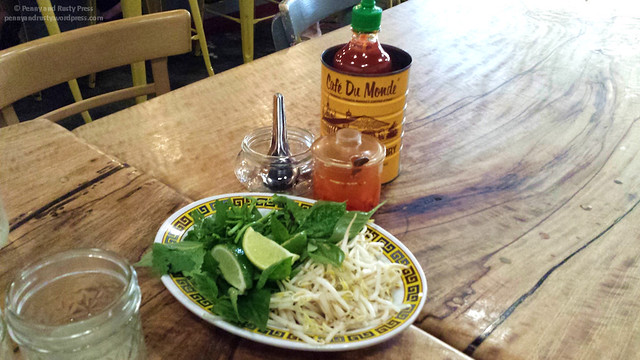 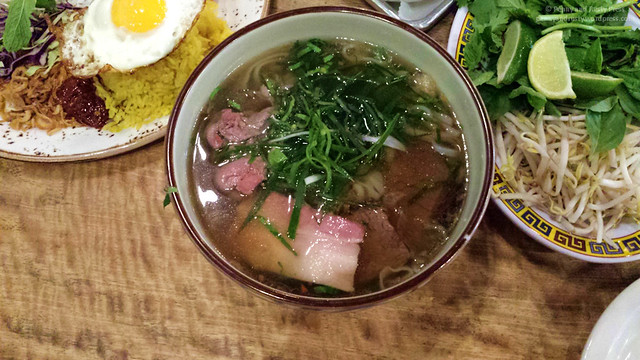 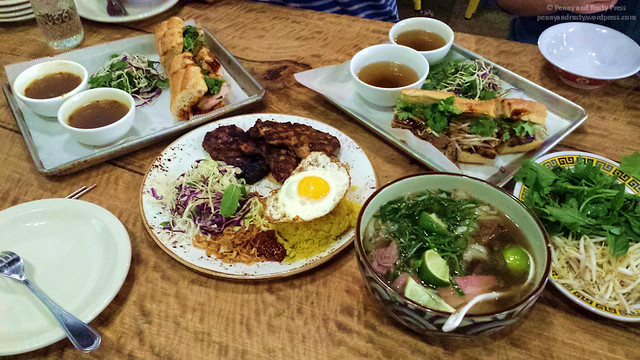 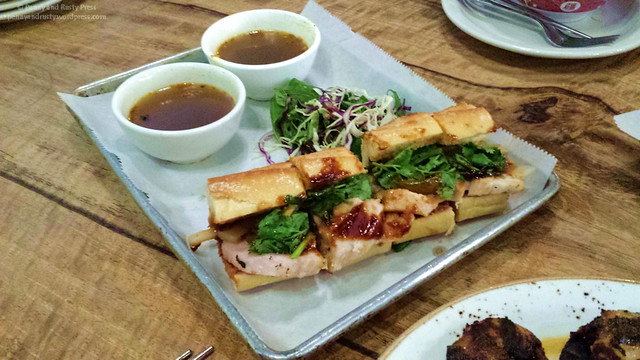 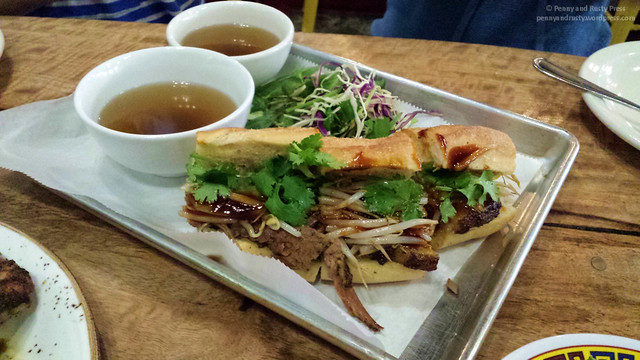 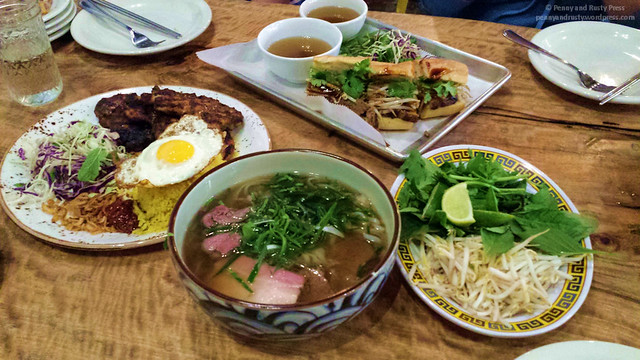 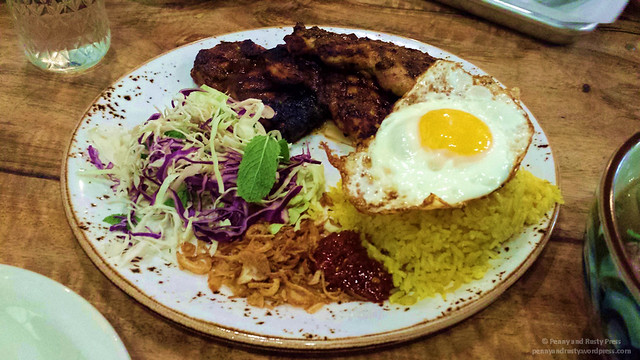 They brought our bill out attached to a laminated Vietnamese banknote known as đồng (the one shown here with the tiger is a 1972 era note). They said that they started to laminate them because customers would wind up taking the banknotes with them (despite the 500 đồng being roughly equivalent to only $0.03). 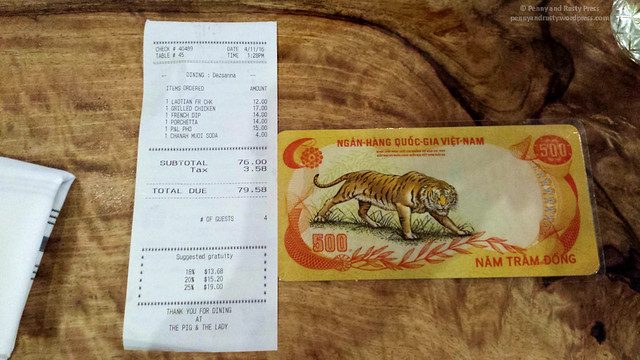 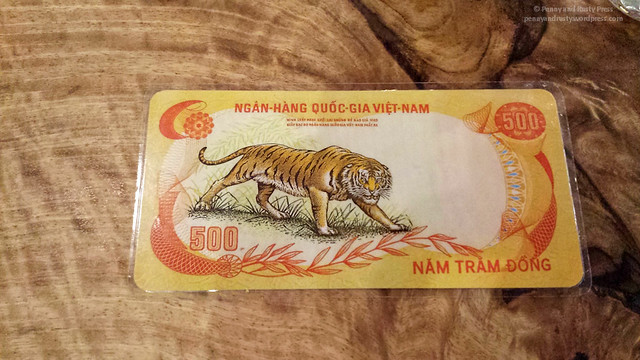 By the time our meal ended, it was past 2pm and the crowds had started to thin out. 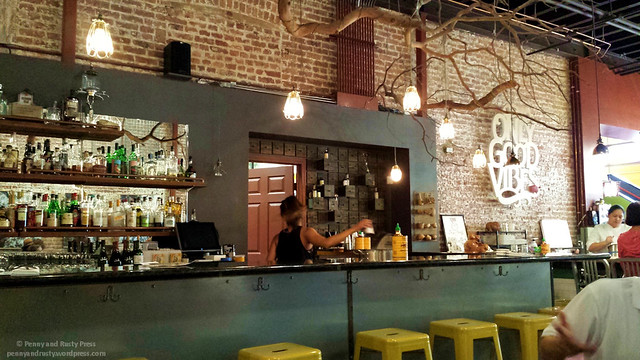 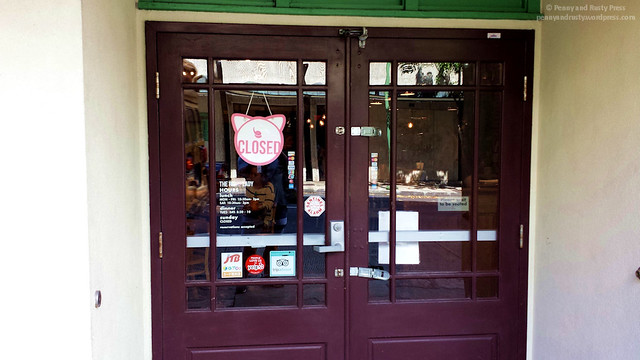 We didn’t notice it until we left, but there were various pig-themed displays on the outside of the restaurant. 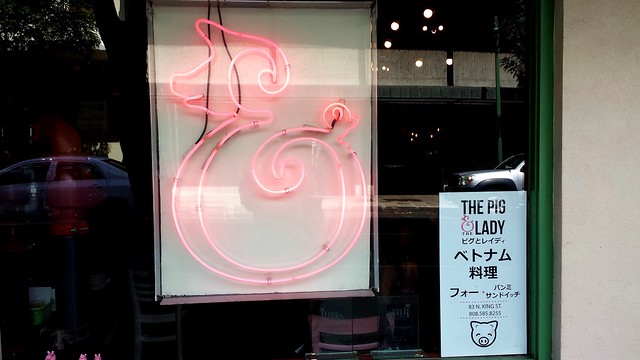 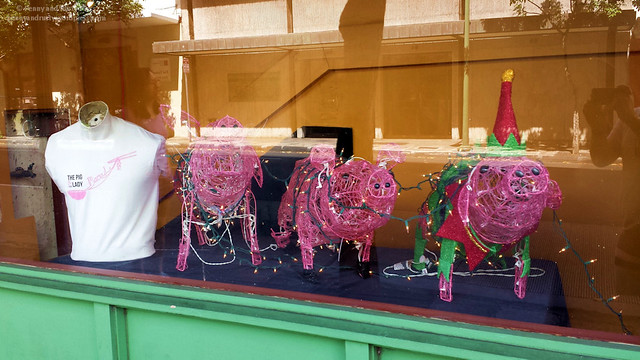 Definitely a worthwhile visit if you’re in the Chinatown area of Honolulu.