The Sheraton Princess Kaiulani hotel has their pool area located right in front of their entrance. It’s a bit sheltered from the busy foot traffic on Kalakaua Avenue as it’s set back and behind some shopfronts so it still relatively private. Just off the pool area is one of the hotel’s restaurants, appropriately named, Splash Bar & Bento.

On some of the nights they have live entertainment so we took the opportunity to grab some snacks while we relaxed after a hard day of walking all over Waikiki. 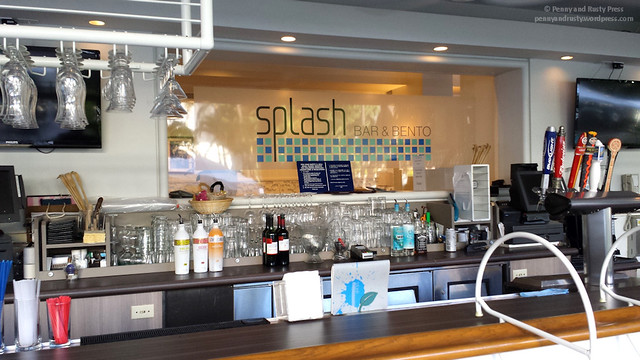 We picked the Tropical Passion Smoothie with passionfruit and orange juice as well as the Tropical Itch with a splash of dark rum, and a blend of Cruzan light rum and tropical juices (yes, that’s a wooden back scratcher in the glass). 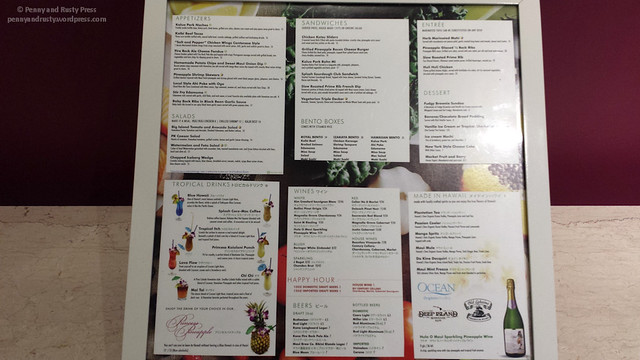 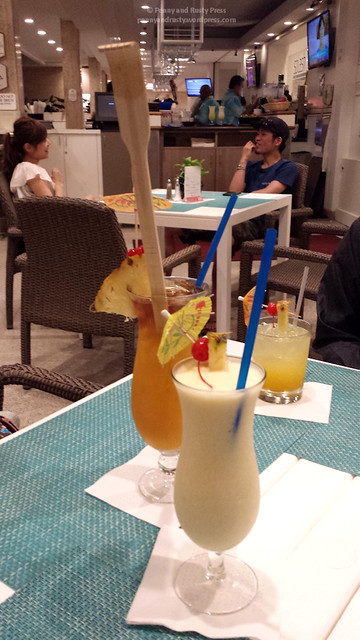 Since we had already had a lot to eat on this day, we figured we’d just order some appies. We were surprised at how large each plate was. 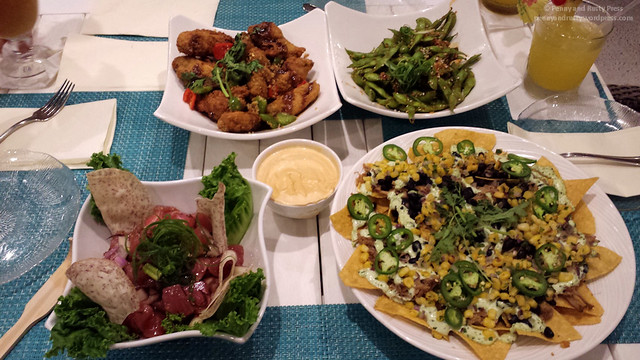 Cantonese Style Chicken Wings were marinated and fried crispy with chili, garlic and scallions ($16 for a dozen large wings). Each wing was encased in a crispy exterior with a bit of kick with each bite. 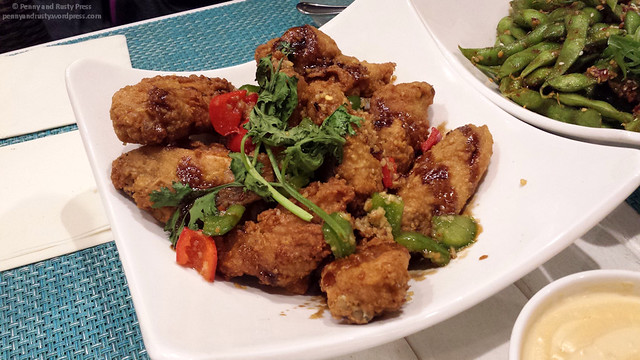 The Stir-Fry Edamame ($8) was wok seared with garlic, chili flakes, and wok sauce. I think I would have preferred it if the edamame was prepared simply instead of with the spicy sauce (they do offer them available plain with Hawaiian sea salt). 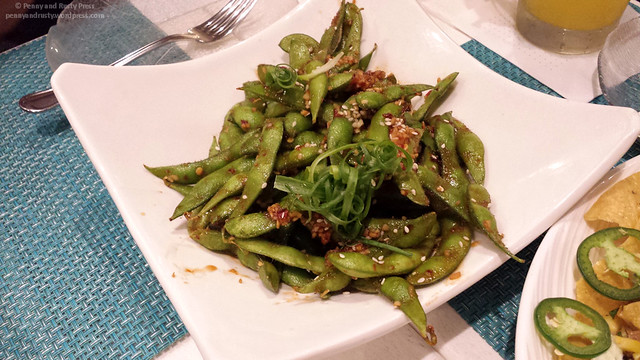 I know we had just had poke earlier in the day at Ono Seafood, but you can’t really get enough poke, can you? The Local Style Ahi Poke with Ogo ($20) is diced and mixed with sweet Maui onions, ogo seaweed, sesame oil, and shoyu along with taro chips (I love taro chips). 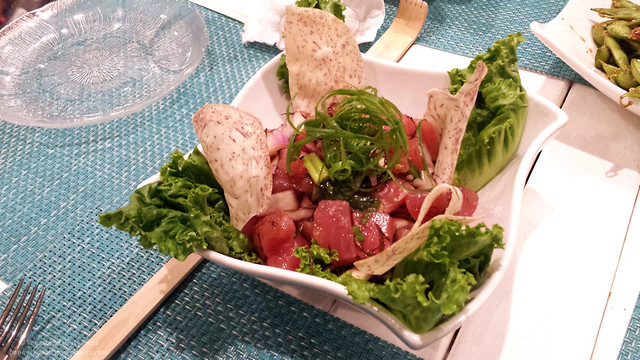 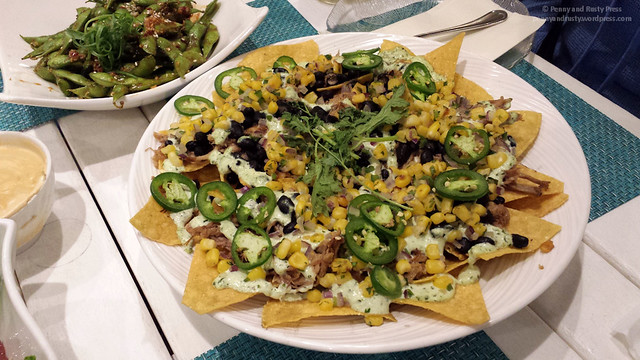 We picked and pecked at our supersized appies but, in the end, we couldn’t finish it all. All of these appies are large enough to share. It would have been nice if they had some smaller portion sized items.

Overall, a nice place to grab a tasty snack and enjoy the live entertainment at night.