It’s amazing what you can find in a mall food court. Just take for example, the Royal Hawaiian Center in Waikiki. It’s conveniently located on Kalakaua and has a food court with some interesting options.,

Uncle Tetsu Japanese Cheesecake first opened in 1985 in Japan and has since expanded to China, the US, Australia, and Canada (yes, there’s an Uncle Tetsu in Toronto).

Personally, I’ve never heard of them before but we were intrigued by their Japanese cheesecake. This isn’t like your regular cheesecake… it’s very light and creamy. 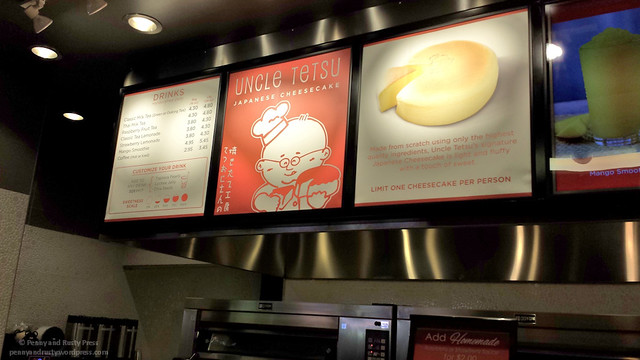 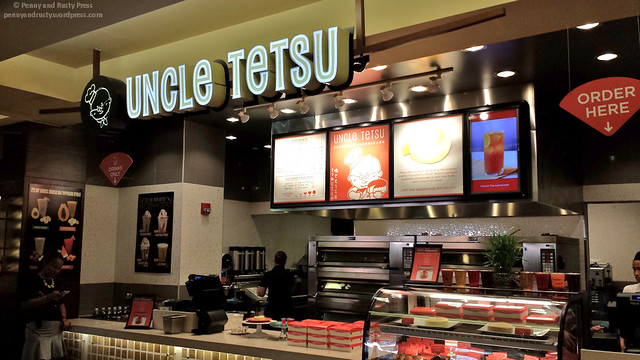 They actually have a sign that says they limit customers to only 1 cheesecake per day (they might be kidding about this because I’m sure I saw some customers ordering multiple cheesecakes). 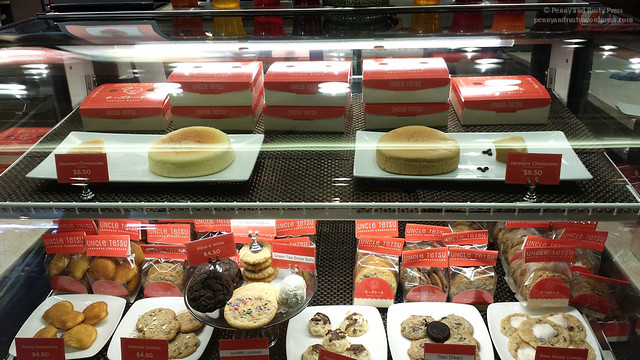 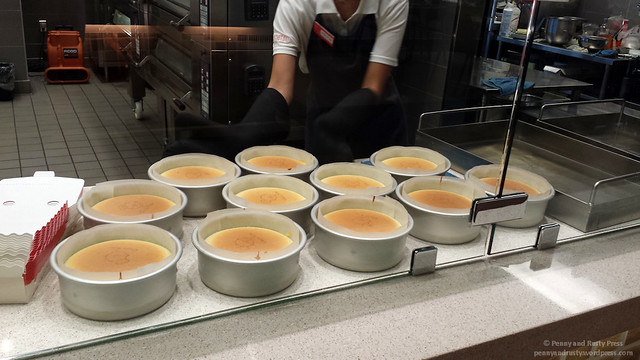 Uncle Tetsu’s image adorns the top of each cheesecake. Even though we were super full from all of our other eating, I have to say that this cheesecake is very easy to wolf down. It’s a bit like a very light, creamy sponge cake that just melts in your mouth. 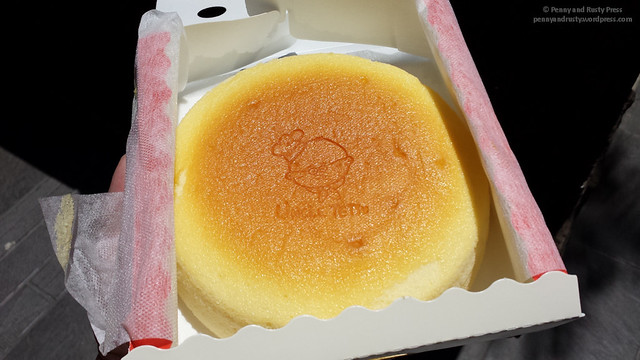 I wish they opened up an Uncle Tetsu’s in Vancouver!