As I mentioned on our recent post of d.k. Steak House, sister restaurant Sansei Seafood was super busy when we first tried to get in to their 50% off happy hour. We wound up eating next door at d.k. instead, which was still a really great meal. However, we knew that we wanted to revisit Sansei eventually during our trip so we came back later in the week for their regular menu.

Both Sansei and d.k. share an entrance on the third floor of the Waikiki Beach Marriott. 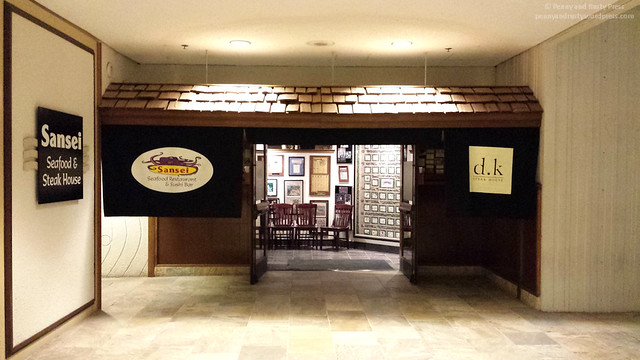 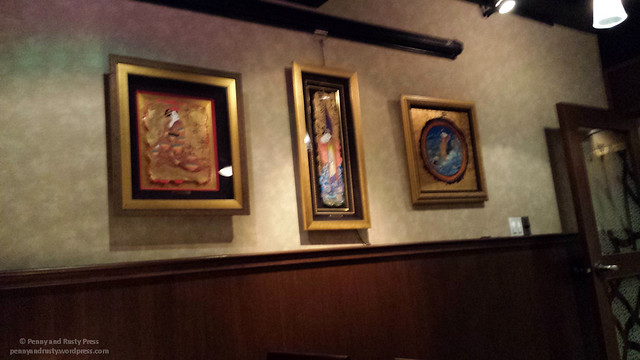 The waiting area has these large paintings of sea life to keep you occupied while you wait. 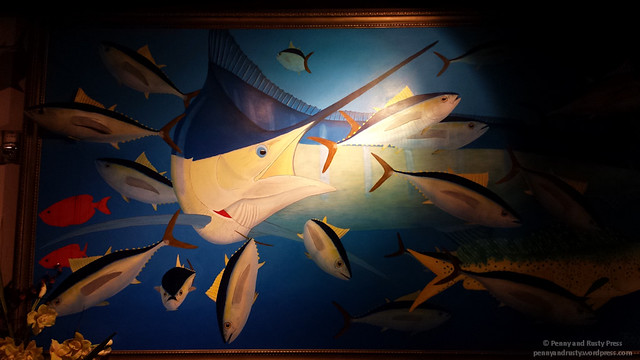 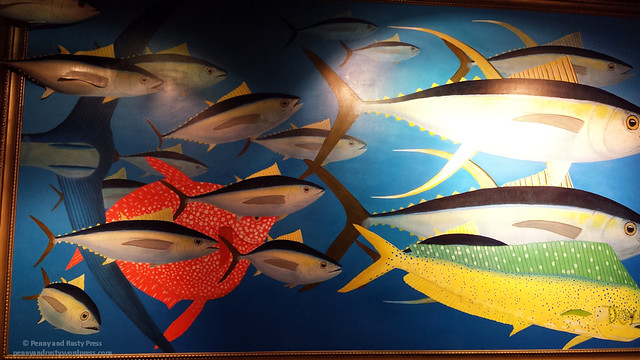 We started out with some drinks. Since they didn’t have the Notorious POG anymore, we picked the Hawaiian Fruit Punch, the Yuzu Shiso Martini ($9) – Sobieski citron vodka, yuzu, soda, Sprite, and housemade lime sour and the Lychee Sangria ($9.50) – moscatto, prosecco, lychee puree, cranberry juice, pineapple juice, and orange juice. 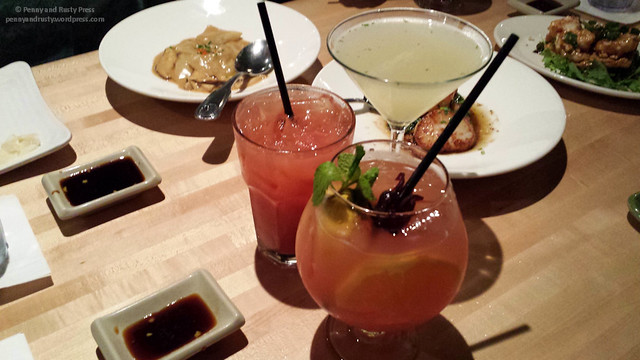 We decided to order a bunch of things with our friends and just share. Despite how long we had to wait to get a table, the food came out really fast. Sansei’s Shrimp Dynamite ($12.25) were plump and snappy to the bite. The tempura coated shrimp came with a garlic masago aioli and unagi glaze drizzle. 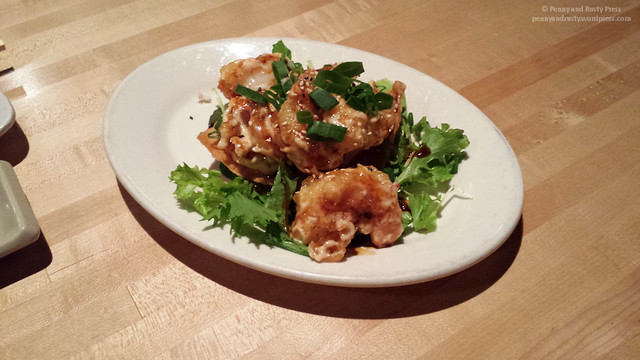 We remembered that we really enjoyed the Sansei’s Mango Crab Salad Hand Roll ($10.25) on our last visit here so we wound up getting 2 orders of this. The mix of ripe mango with blue crab made for a creamy crab salad that was combined with fresh greens inside a green mamenori soybean wrapper and served with a sweet Thai chili vinaigrette. 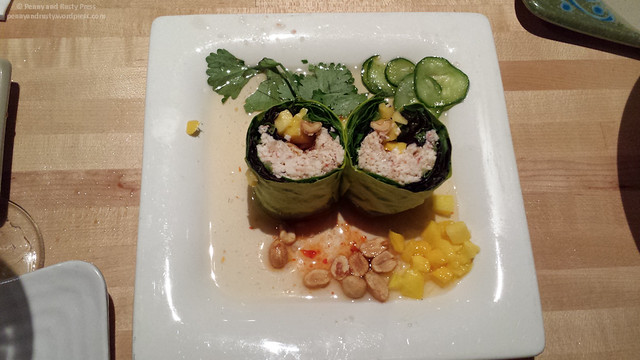 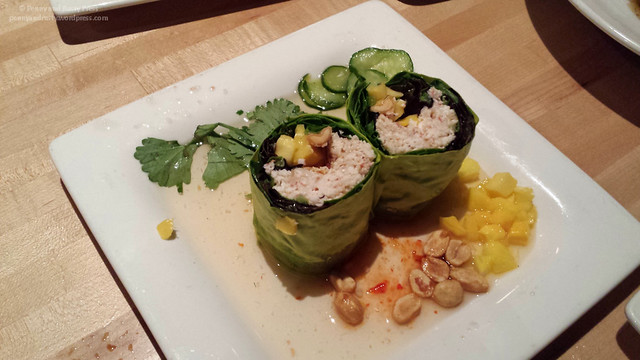 There’s something so pleasing about Edamame ($3.95) lightly salted and boiled in their shells. You could drop a big bowl of this in front of me and I’d polish it off. 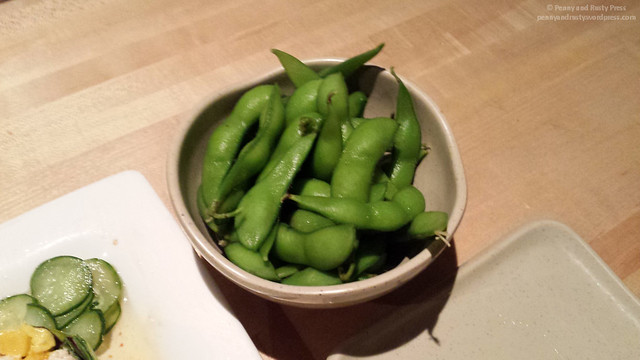 Sansei’s Lobster and Blue Crab Ravioli ($11.25) was very light and creamy. The ravioli were stuffed with a mixture of sweet lobster, blue crab and shrimp and served with a truffled shiitake Madeira cream sauce. 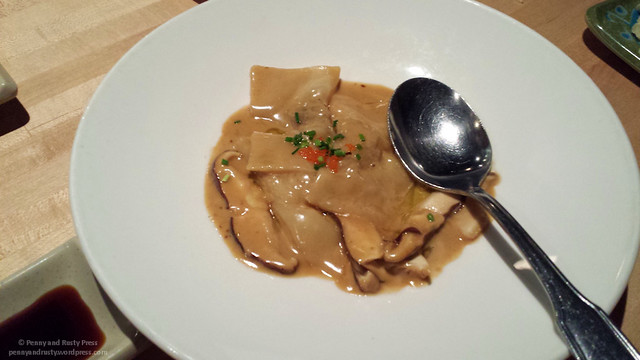 The Seared Sea Scallops ($9) only came with 2 scallops but they were quite large and served with Neuske bacon, Waimanalo spinach, Hamakua ali’i mushrooms, and apple cider vinaigrette. 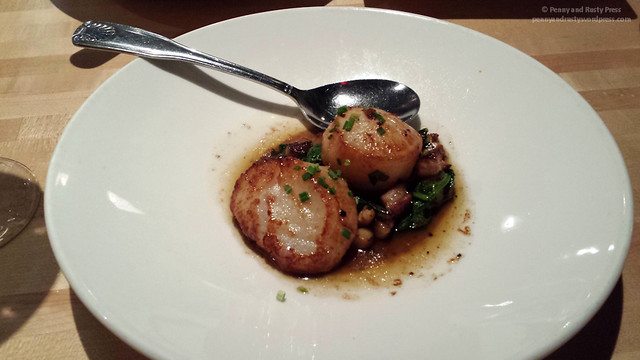 I know we had a lot of poke on this trip but the Sansei Style Ahi Poke ($16.25) was a good version. The ahi tuna was so fresh and prepared with sweet Maui onions, wakame, and kaiware sprouts in a spicy poke sauce. 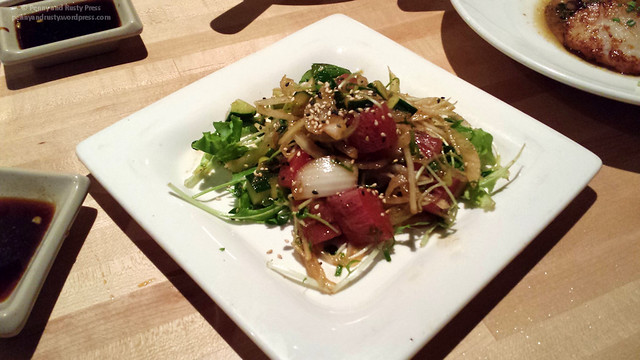 Lastly, we decided to try some of their sushi rolls. The Takah Sushi Special Roll ($12.95) is named in honour of Takah Sama, a sushi chef of a well-known sushi restaurant in Aspen, Colorado who was a mentor to Sansei’s owner, D.K. Kodama. On the inside is shrimp, ahi tuna, crab, avocado, and cucumber. On the outside, a thin ring of sushi rice is encased with masago. 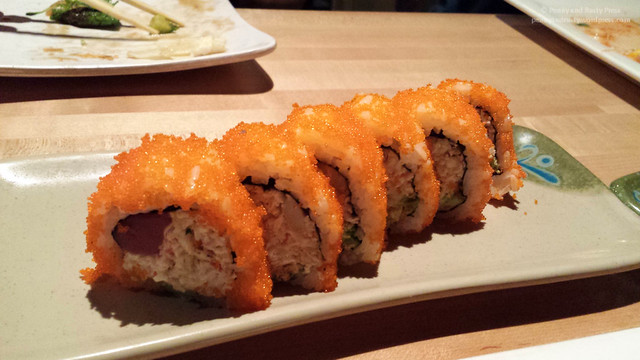 The Salmon Skin Roll ($7.25) was really good. The crispy salmon skin was paired with katsuobushi (dried, fermented, and smoked skipjack tuna). Simply loved the crispy skin in this roll. 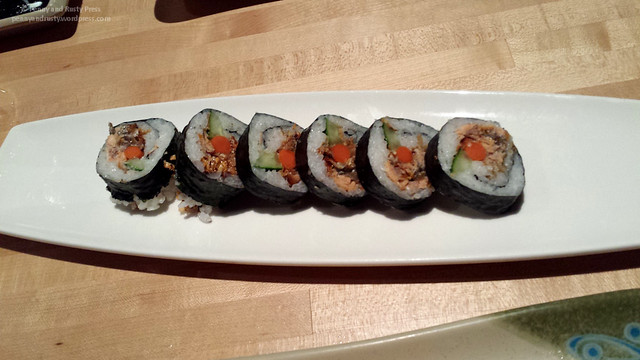 The food is quite good here and it’s best to order a lot of dishes and share with friends. I hear that they have a Sansei location in Seattle… going to have to check that out the next time we head down there.